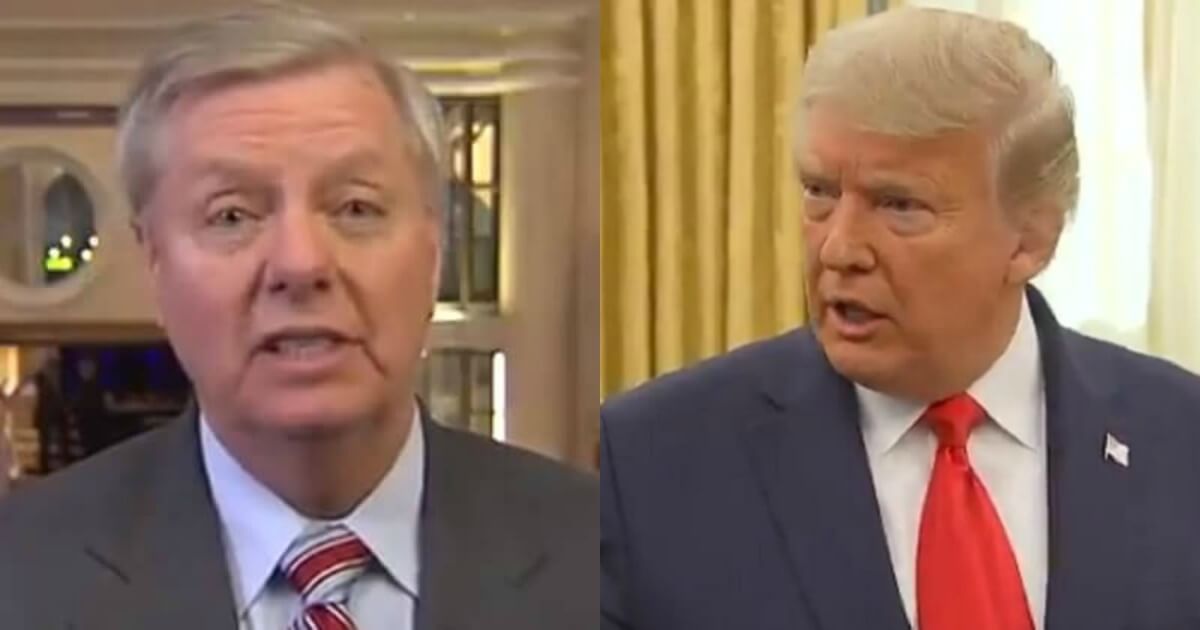 The opening statements of Bruce Castor and David Schoen, defense attorneys for former President Donald Trump, on the first day of Trump’s second impeachment trial drew immediate criticism from both sides of the aisle.

It was widely reported that Trump himself was furious with their performance.

Two people familiar with the former president’s reaction to his defense on Tuesday reportedly told CNN that “Trump was almost screaming as his attorney Bruce Castor made meandering arguments that struggled to get at the heart of his defense team’s argument — which was supposed to be over the constitutionality of holding a trial for a president no longer in office.”

One of the sources said they were unsurprised because the lawyers had only joined the case “a little over a week ago.”

According to Bloomberg, Sen. Lindsey Graham of South Carolina informed reporters on Wednesday that he had spoken with Trump the previous evening. He said, “The bottom line is I reinforced to the president, the case is over … It’s just a matter of getting the final verdict now.”

Referring to the widely panned presentations of his attorneys, Graham said he told the former president he thought Schoen “did a pretty good job.”

Graham predicted that at least 44 Republican senators will vote for acquittal, leaving the Democrats well shy of the 67 votes necessary for conviction.

Six Republicans joined the Democrats in a vote to determine if it was constitutional to try a president who had already left office. This number included the usual suspects: Sens. Susan Collins of Maine, Lisa Murkowski of Alaska, Mitt Romney of Utah, Ben Sasse of Nebraska and Pat Toomey of Pennsylvania, as well as an unexpected one, Sen. Bill Cassidy of Louisiana.

Senator Lindsey Graham, one of Trump’s closest allies, says he spoke to the former president last night after the first day of the trial and assured him that “the case is over” and the trial will end in acquittal https://t.co/GHdAAnOwDo via @bpolitics

Although Graham had initially opposed Trump’s candidacy, he quickly became one of the former president’s closest allies. It took about a nanosecond for Graham to come under fire from the left for reaching his conclusions without listening to all of the “evidence” Democrats had yet to present in the case.

Reactions on Twitter included personal attacks on Graham, as well as remarks such as: “Independent juror huh?”, “Shame that the guy who’s a lawyer can’t even pretend to be an impartial juror” and “Guess what happens in the *real world* if a juror calls up the defendant after a day of testimony and assures him acquittal is certain.”

Frankly, it’s ridiculous to attack Graham over his lack of impartiality — this is a weak argument for three reasons.

First, following the recusal of Supreme Court Chief Justice John Roberts to preside over the trial ostensibly because Trump is no longer a sitting president, it was decided that Sen. Patrick Leahy, the highly partisan Democrat from Vermont, would fill the role. So, the judge himself, in this case, is clearly no less impartial than Graham. Additionally, the final vote of nearly every member of the Senate was predictable long before the trial began.

Two, unless some pretty convincing new evidence suddenly materializes which shows Trump conspiring with supporters to storm the Capitol, the Democrats really have no case against the former president. Until the left finds a way to eliminate free speech, the words Trump spoke to his supporters on Jan. 6 are protected by the First Amendment.

Third, impeachment itself is a political act perpetrated by politicians. To say that Graham must be open-minded and impartial is unreasonable. He is a politician. It is impossible to take political ideology out of it.

As far as history is concerned, the actions taken by the House of Representatives against Trump will be recalled as being purely political.

Schoen made this point on Tuesday, saying the trial was nothing less than “the political weaponization of the impeachment process,” Bloomberg reported. He said it was driven by “base hatred.”

“Pure raw sport, fueled by the misguided idea of party over country, when in fact both will surely suffer,“ Schoen told lawmakers. “Our archenemies who pray each and every day for our downfall will watch with glee.”

The casualness with which the Democratic Nancy Pelosi-led House views impeachment sets a terrible precedent.

It’s entirely possible that Republicans could win control of the House and the Senate in 2022. If so, they could no doubt find a reason to impeach President Joe Biden or Vice President Kamala Harris.

And then impeachment, an action our founders intended as a remedy of last resort, will become a normal part of politics in America.

GOP Superstar DeSantis Says Biden's Domestic Travel Restriction Would 'Be A Political Attack' On Floridians, Not 'Based In Science'

Multiple Deaths Reported in Massive 1.5 Mile-Long Pile Up Crash in Fort Worth Texas