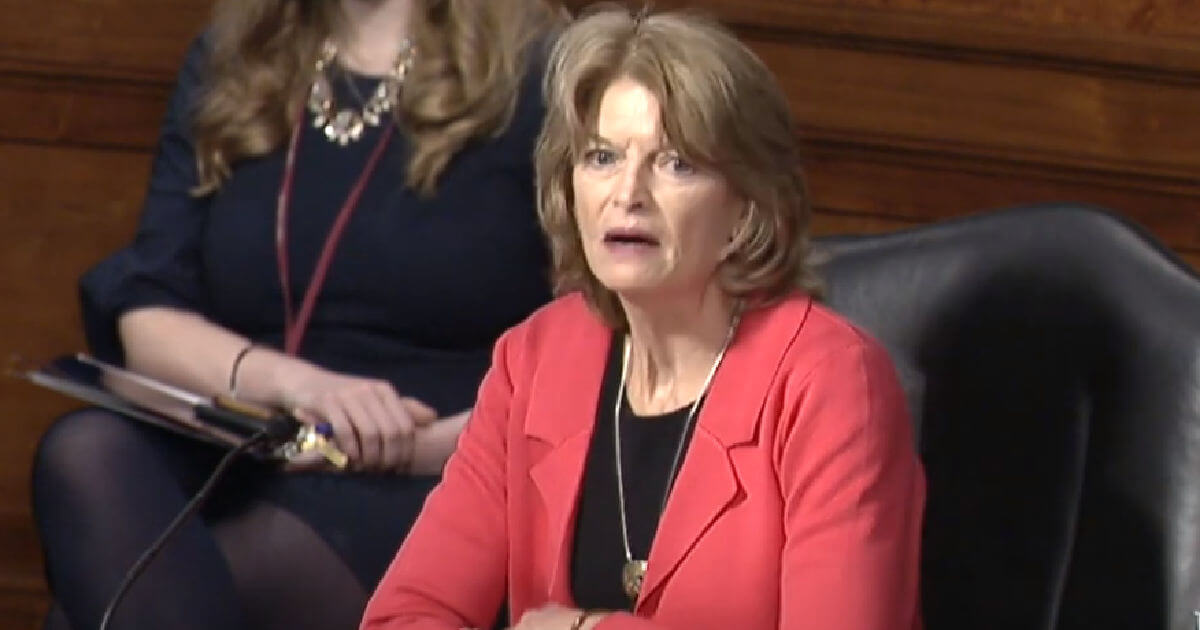 During the course of former President Donald Trump’s first and only term in the White House, a number of Republicans in both chambers of Congress made decisions that hurt their relationship with the president.

It’s one thing to disagree on the occasional issue or policy, that’s American Democracy. But it’s a whole different ballgame when it becomes clear that a senator or lawmaker repeatedly disagrees with or breaks with the president, making it look a lot more personal rather than everyday political business.

Alaska Sen. Lisa Murkowski was one of a handful of Republicans who very clearly wasn’t a fan of Trump’s and showed that by not only going against many of his policy ideas and legislation but also voting in favor of impeaching and/or convicting him over the course of both sham impeachment trials.

Unless she’s completely ignorant, which I don’t believe is the case, she had to know that her continual bucking of the president would come back to haunt her political career and as of today, that nightmare is about to come true.

Alaska’s Commissioner of Administration Kelly Tshibaka announced on Monday that she’s mounting a primary challenge against Murkowski for the 2022 midterm elections. In a Twitter announcement, she told Alaskan voters that it’s time for real conservative leadership to represent the wonderful state of Alaska.

“I am running for the Senate to represent our conservative Alaska values,” Tshibaka tweeted. “We’re going to defeat Lisa Murkowski and show the DC insiders what happens when Alaska has strong conservative leadership!” Tshibaka wrote.

Her campaign slogan is simple, “Kelly For Alaska,” which is smart given that as cool as her last name sounds, it doesn’t exactly roll off the tongue.

I am running for the Senate to represent our conservative Alaska values. We’re going to defeat Lisa Murkowski and show the DC insiders what happens when Alaska has strong conservative leadership! #AKsenhttps://t.co/ZfKxoGUC0P pic.twitter.com/MTssHXXYYU

Murkowski hasn’t made the official announcement that she intends to run for re-election next year, but she might as well, given that she’s already formally filed for the run.

Tshibaka has a wealth of experience under her belt, boosting her odds of running a tough primary challenge against the anti-Trump Murkowski. Some of that experience, aside from her current, high-level state position, includes time working in the inspector general offices of several federal agencies, which undoubtedly provided her an inside look at the inner-workings of government.

Murkowski was one of six Republicans who joined Democrats in voting to convict Trump during his second Senate impeachment trial, a move that immediately placed her on Trump’s political revenge list. The former president has made clear that he’ll back good candidates who want to primary those six Senate Republicans, and it looks like he may have just found his Alaskan ticket to do that.