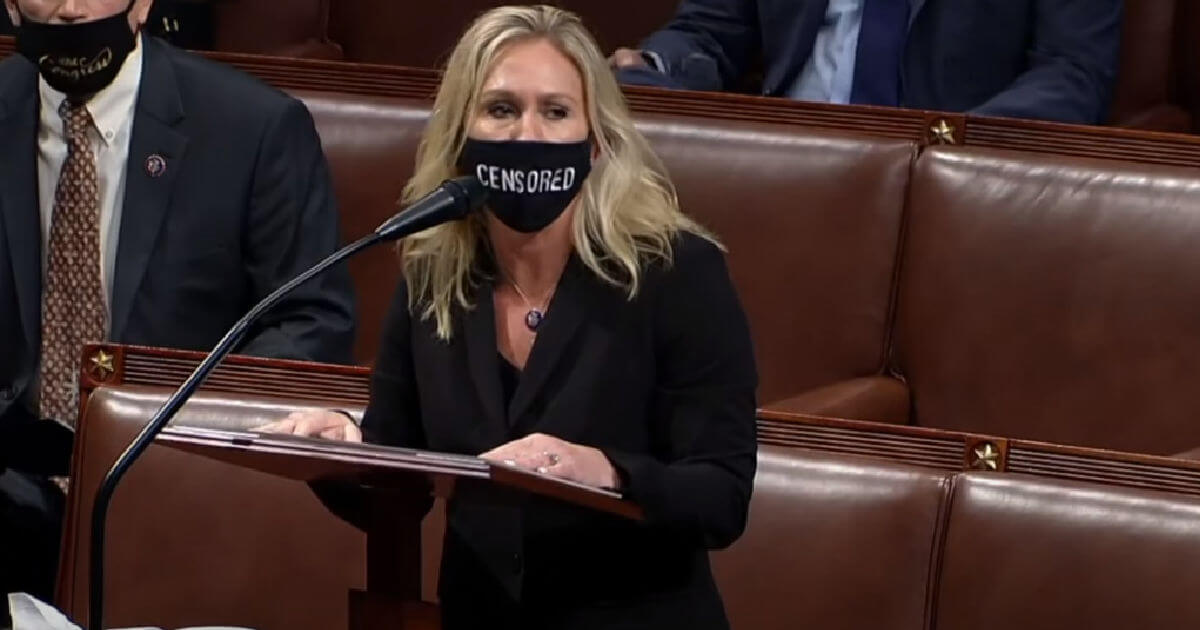 Georgia freshman Rep. Marjorie Taylor Greene has been under the gun for several weeks as a number of House Democrats — and some Republicans — have publicly criticized her and even labeled her as a threat, given her past views on a number of popular conspiracy theories involving everything from the 9/11 attacks to the assassination of John F. Kennedy.

Most recently, in the wake of the 2020 election, Greene was a prolific pusher of QAnon conspiracy theories with regard to pushing ideas that the election was stolen from former President Donald Trump and rigged in President Joe Biden’s favor.

According to The Hill, on Wednesday night, during a closed-door House GOP conference meeting where her colleagues faced intense pressure to take punitive action against her, Greene stunned the room by offering a heartfelt apology for embracing those conspiracy theories and said that she learned a tough lesson — a lesson she’s even teaching her children about.

She touched on some of the other wild claims that she’s been accused of backing, including something about Jewish space lasers (whatever that is) and her especially-controversial remarks on “staged” school shootings. She apologized for being curious about the QAnon movement.

Many of her Republican colleagues stood up and clapped as she let it all out.

The apology comes just before a Thursday vote in which House members will determine whether or not she’ll be removed from the House Budget and Education panels — appointments provided to her by House Minority Leader Kevin McCarthy.

Obviously, being removed from those panels just weeks into her freshman career would be a massive stain on her political resume, which is presumably at least part of the reason she decided to save face while she still could with the unexpected apology session.

Greene’s past embrace of some of the wildest conspiracy theories out there have recently emerged through reporting in various media outlets. Those reports continued to embarrass House Republicans, even garnering the rebuke of a number of Republican senators who very much do not want a QAnon-linked lawmaker as the new face of the party.

Though House Speaker Nancy Pelosi and other members of House leadership have pressured McCarthy into punishing Greene, so far, McCarthy has not signaled that he’s willing to do so. Greene may get lucky and escape from the controversy by the skin of her teeth, but we’ll know more on Thursday afternoon.

A quick Twitter search revealed that she’s still being heavily criticized by Democrats, who claim that an apology for her past remarks at a closed-door session is not good enough.

The Inevitable Backlash Against the Dems Has Started Already, And Here’s Even More Good News