Maxine Waters’ Statement ‘May Result in This Whole Trial Being Overturned’ 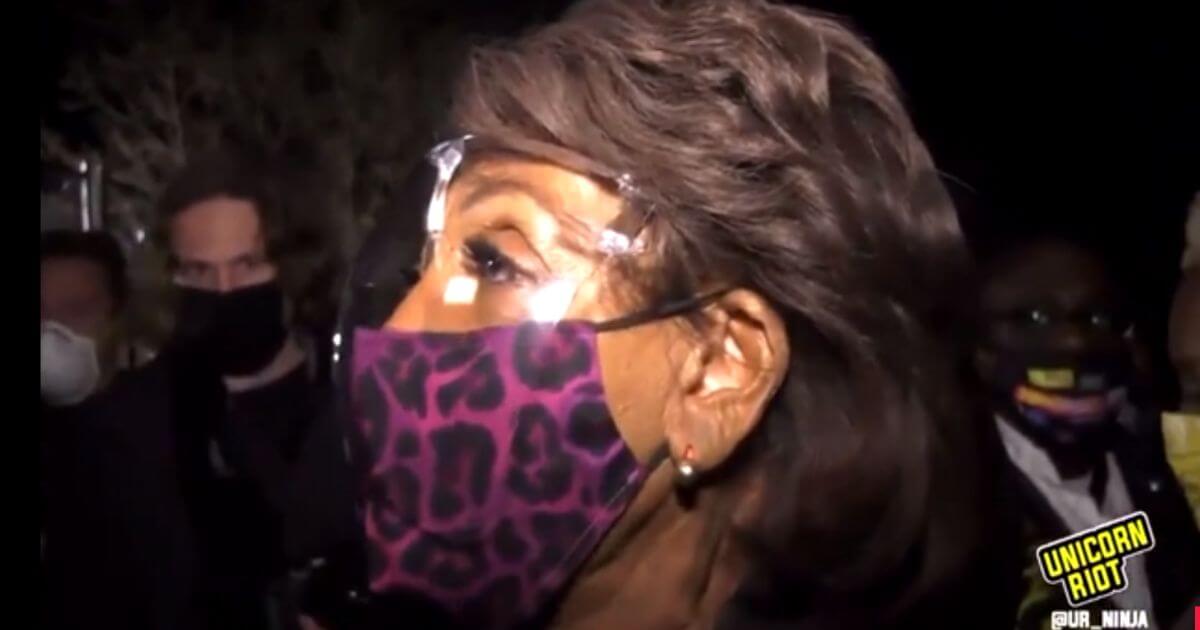 Comments made by Democratic Rep. Maxine Waters of California could result in whatever verdict is delivered in the trial of former Minnesota police officer Derek Chauvin being overturned, the judge overseeing Chauvin’s trial said Monday.

On Saturday, during an appearance in the Minneapolis suburb of Brooklyn Center, Waters referenced the trial of Chauvin, who is facing murder and manslaughter charges in connection with last year’s death of George Floyd while in the custody of Minneapolis police.

“We’re looking for a guilty verdict,” she said. “And if we don’t, we cannot go away … we’ve got to get more confrontational.”

That comment should result in a mistrial, defense attorney Eric Nelson argued Monday.

“And now that we have [a] U.S. representative … threatening acts of violence in relation to this specific case, it’s mind-boggling to me to have,” Nelson said.

Nelson told Hennepin County District Judge Peter Cahill that in his mind, Waters’ comments “are reasonably interpreted to be threats against the sanctity of the jury process” and were, in effect, “threatening and intimidating the jury,” the New York Post reported.

Cahill rejected the motion but said that Waters could have created an opening for Chauvin.

Judge Peter Cahill rips Rep. Maxine Waters for “abhorrent” comments over the weekend on the trial:

“I wish elected officials would stop talking about this case especially in a manner that is disrespectful to the rule of law.” pic.twitter.com/8QHDXcmaTI

“I’ll give you that Congresswoman Waters may have given you something on appeal that may result in this whole trial being overturned,” he said.

Cahill used the comments made by Waters as a chance to share his disdain for the politicking that has surrounded the trial.

“I’m aware that Congresswoman Waters was talking specifically about this trial, and about the unacceptability of anything less than a murder conviction, and talk about being ‘confrontational,’ ” he said.

“This goes back to what I’ve been saying from the beginning. I wish elected officials would stop talking about this case, especially in a manner that is disrespectful to the rule of law and to the judicial branch and our function.”

Cahill suggested that if politicians have to say something, they should watch their words.

“I think if they want to give their opinions they should do so in a respectful and in a manner that is consistent with their oath to the Constitution to respect a co-equal branch of government,” he said. “Their failure to do so, I think, is abhorrent.”

However, he also noted in denying the request for a mistrial that “a congresswoman’s opinion really doesn’t matter a whole lot.”

This weekend in Minnesota, Maxine Waters broke the law by violating curfew and then incited violence.

Speaker Pelosi is ignoring Waters’ behavior—that’s why I am introducing a resolution to censure Rep. Waters for these dangerous comments.

Although House Republicans have said Waters should be punished for her outburst, House Speaker Nancy Pelosi said the congresswoman has nothing to apologize for.

“No, I don’t think she should apologize,” she said Monday, according to NBC. “Maxine talked about ‘confrontation’ in the manner of the civil rights movement.”

"The Clock Is Ticking" Trump Slams Biden, Warns of America's Future Without The MAGA Agenda in First Sit-Down Interview