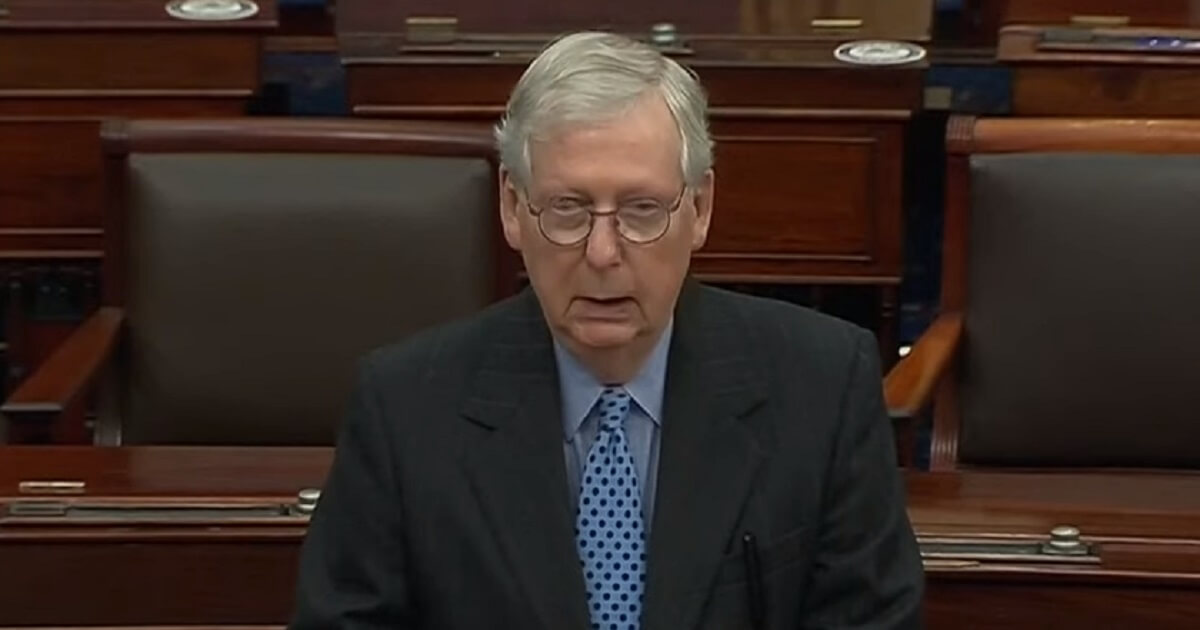 Senate Minority Leader Mitch McConnell announced that Republicans will force Democrats to take votes on controversial issues when the Senate moves to vote on a budget resolution this week.

“We’ll be getting senators on the record about whether taxpayers should fund checks for illegal immigrants … whether Democrats should raise taxes on small businesses in the midst of this historic crisis,” the Kentucky Republican said on the Senate floor Wednesday, according to The Hill.

“Whether generous federal funding should pour into school districts where the unions refuse to let schools open. This is just a small taste.”

Democrats plan to vote on the budget resolution later this week, and Senate Republicans have the opportunity to add as many non-binding budget amendments to the resolution as they want.

“We welcome your ideas, your input, your revisions. We welcome cooperation,” Senate Majority Leader Chuck Schumer said, according to CBS News. “There is nothing about the process of a budget resolution or reconciliation, for that matter, that forecloses the possibility of bipartisanship.”

“Congress has a responsibility to quickly deliver immediate comprehensive relief to the American people hurting from COVID-19,” Schumer and House Speaker Nancy Pelosi said in a statement.

“The cost of inaction is high and growing, and the time for decisive action is now.”

Lawmakers have skipped passing budget resolutions in recent years to avoid forcing members of their parties to make tough votes on controversial issues in what is known as a budget “vote-a-rama,” according to The Hill.

A vote-a-rama is defined by the Senate as 15 or more votes that happen on a single piece of legislation in one day, according to USA Today.

Pelosi and Schumer need to pass the budget resolution this year in order to push Biden’s COVID-19 relief package through with a simple majority vote.

McConnell plans to use the debate to the Republicans’ advantage.

“The American people will see Republicans are focused on smart and responsible policies to reopen the country,” he said, according to The Hill.

“And they’ll see Democrats who seem desperate to make their first act in power the same kind of massive, partisan, poorly-targeted borrowing spree that permanently wounded the last Democratic presidency right out of the gate.”

The Senate is currently in the middle of a 50-hour floor debate on the budget resolution before the vote-a-rama is expected to begin Thursday.

Each side will get around 30 seconds to talk about each amendment before they go to a vote, according to USA Today.

The Senate voted on 44 amendments during a 2008 vote-a-rama.

John Kerry Took Private Jet to Accept Environmental Award, Called It 'Only Choice for Somebody Like Me'