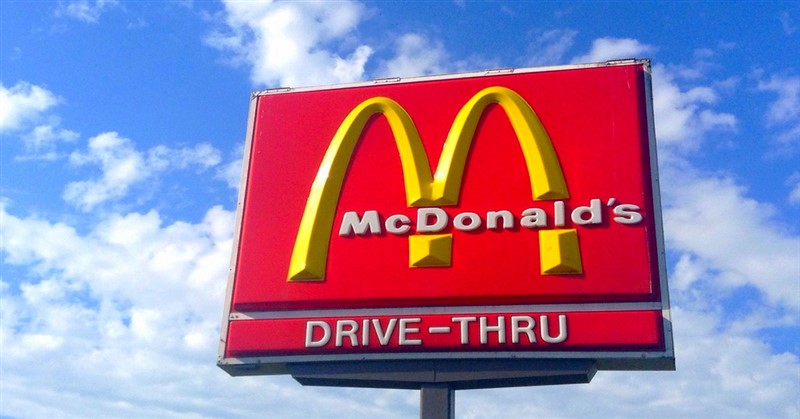 Race and gender in hiring are two keys to financial success for top McDonald’s executives, according to the company as it sets its course for the future.

A press release on the McDonald’s website says that part of the bonuses awarded to top company executives will be based upon their efforts to hire women and what the company terms “historically underrepresented groups” for top corporate positions.

“Beginning in 2021, the Company is incorporating quantitative human capital management-related metrics to annual incentive compensation for its Executive Vice Presidents,” the company said.

“In addition to the Company’s financial performance, executives will be measured on their ability to champion our core values, improve representation within leadership roles for both women and historically underrepresented groups, and create a strong culture of inclusion within the Company,” the company said.

The company has clear goals. By the end of 2025, 35 percent of the people in jobs that are at the level of senior director and above will be from underrepresented groups. That metric was at 29 percent in 2020, according to the company.

As for women, the company has set a target of having 45 percent of jobs at the level of senior director and above be women. That number was 37 percent as of 2020, according to the company.

They said that by 2030, it will be seeking to achieve full gender parity.

In its reporting, the Washington Examiner said up to 15 percent of a bonus will be tied to these targets.

In addition to measuring how many of the target groups get into top jobs, the company has also created what it calls an “Inclusion Index” to measure how well it does in its mission of diversity.

The index “has been designed to measure the critical components of building an inclusive culture – including whether our employees feel that they can bring their ‘whole’ selves to work and have equal opportunities. This survey measure is provided to all of our Global Staff employees from our Corporate Office, U.S. and International markets. McDonald’s aims to measure inclusion every six months to monitor our progress and identify areas of opportunity,” the company said.

The company’s diversity website notes that in America,  70 percent of those hired in 2019 were women (54 percent) or minorities (33 percent).

The company was even more focused on non-white, non-male applicants through its University program in 2019–2020, with 81 percent of those admitted being women or minorities.

Some questioned the program, with Celine Ryan, writing in HumanEvents.com, calling the new plan “McQuotas.”

“But even those who place value in the concepts of ‘diversity, equity, and inclusion’ have repeatedly pointed out that these types of hiring quotas are misguided at best, and empty performances at worst, with unintended negative consequences,” Ryan wrote.

She is not alone in questioning quotas.

“Quotas may be a quick fix to boosting female representation on boards, but they do nothing in and of themselves to remove barriers preventing many women from rising up the corporate ladder in the first place. We are in need of a broader, more comprehensive approach,” Moelis & Company Vice-Chairman and Managing Director Eric Cantor wrote in 2020.

“Ultimately, to achieve greater gender diversity in leadership, company leadership must focus on the entirety of their talent pipeline, recognizing the problems are likely different at each rung of the ladder,” he wrote. “Although this approach is harder than the quick fix of a quota, there is little doubt that it is more likely to result in success both for the cause of diversity and for the cause of improving business performance.”

Why Is California Covering Up COVID Deaths Of Nursing Home Workers That Disproportionally Affects Young Women Of Color?