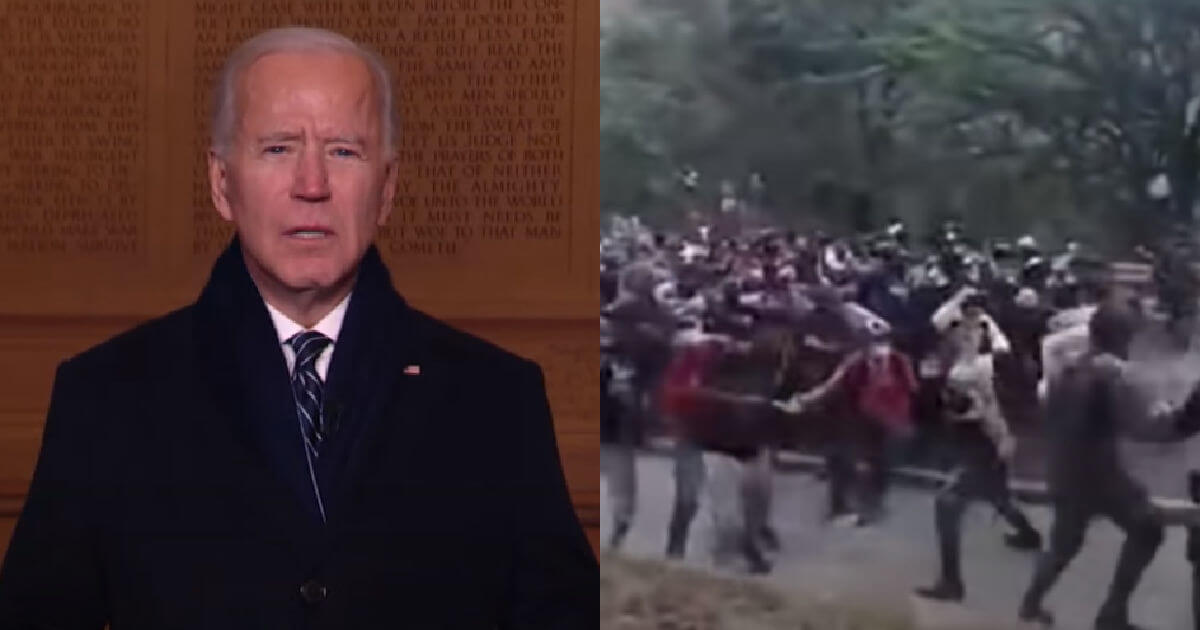 It appears Mexico is not happy with Biden’s practically open border immigration policies. In the wake of COVID, Mexico is scrambling to prevent hundreds of thousands of Central Americans from crossing through Mexico on their way to free everything in the United States.

According to advocates and data from immigration authorities, Mexico has stepped up immigration raids — hauling hundreds of people off trains in recent weeks — to curtail the huge increase in Central American migrants heading for the United States since Joe Biden.

The crackdown by immigration agents backed by the military and police marks an escalation of Mexico’s efforts to control migration across its territory.

Mexico is rightly concerned that the Biden administration’s disastrous policies that allow migrants to claim asylum in the United States is encouraging migration and putting undue burden and risk of the spread of COVID and other disease on Mexico.

Some 1,200 migrants from Central America – including more than 300 children – were swept up in raids between Jan. 25 and Feb. 16 along train routes in six southern and central Mexican states, as well as in the capital, Mexico’s immigration agency said in a statement.

More than 800 migrants were also detained while traveling northward in buses or tractor trailers in recent weeks, according to figures from immigration authorities tallied by Reuters.

Mexico’s National Migration Institute said the decision to launch the train raids was not at the behest of the United States and it had not made such detentions in recent years because of former President Trump’s immigration policies, fewer migrants had used trains previously to travel northwards.

But Tonatiuh Guillen, the head of Mexico’s immigration agency until 2019, told Reuters the frequency and scale of the current detentions were unprecedented. Guillen said that previously raids had been occasional but now they were common practice.

Do you think Biden intends to have completely open southern borders?

“It’s not a question of lists of demands or asking people to do more,” the official said. “It’s really much more of a question of sitting down and figuring out ‘What can we do?’”

Biden took office in January pledging to undo many of the immigration policies of former President Donald Trump. He has begun allowing unaccompanied minors arriving at the border to enter the country to pursue asylum claims. They had previously been rapidly deported.

Biden also rolled back a Trump-era program that had forced mostly Central American asylum seekers to wait in Mexico rather than in the United States while their claims are processed.

Republicans say Biden’s moves have encouraged illegal immigration creating a massive crisis at the border including placing unaccompanied children into what they formerly called “cages” at migrant detention centers. They have blocked the media from visiting these centers but that seems to not matter since the mainstream media is refusing to cover the problem.