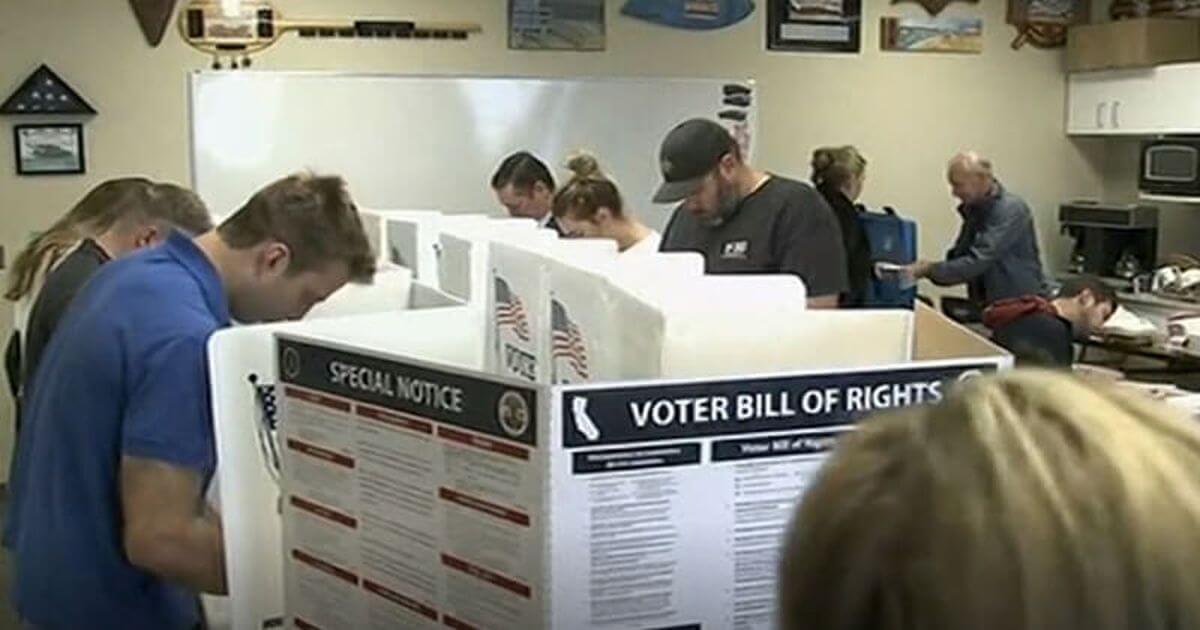 For months Democrats in Washington have vehemently opposed photo ID requirements for potential voters, and they have argued that minorities tend to agree with them. According to a new poll from Monmouth University, that is not the case.

Monmouth conducted the poll by phone between the dates of June 9 and June 14. It contained 39 questions relating to American elections, and 810 adults in the U.S. participated. The poll’s margin of error was +/- 3.5 percentage points.

In one poll question, respondents were asked, “In general, do you support or oppose requiring voters to show a photo I.D. in order to vote?” The results were heavily supportive of requiring photo ID.

Overall, 80 percent of respondents said they support the requirement. Only 18 percent opposed it, while 2 percent said it “depends” and 1 percent said they did not know.

Those numbers by themselves represent a pretty strong case that requiring photo ID is an idea supported by the majority of Americans. But a deeper dive into the data reveals even more surprising results.

Monmouth also divided the results based on income, which is another metric some leftists use to suggest that photo ID requirements could “disenfranchise” certain voters.

Monmouth poll: In general, do you support or oppose requiring voters to show a photo I.D. in order to vote?

The results fly directly in the face of the leftist narrative that requiring photo ID is somehow racist and unfair to minorities. That narrative has been the prevailing argument for Democrats who opposed new voting laws in states like Georgia.

“Parts of our country are backsliding into the days of Jim Crow, passing laws that harken back to the era of poll taxes, when black people were made to guess how many beans, how many jelly beans, in a jar or count the number of bubbles in a bar of soap before they could cast their ballot,” President Joe Biden said in April, according to the New York Post.

Comparing voter ID requirements to Jim Crow laws is ridiculous and offensive to both black Americans today and those who actually lived through the Jim Crow era. Furthermore, it is a contention that is apparently not even supported by today’s minorities

Nonetheless, similar arguments have been promulgated by leftist establishment media figures like Chris Cuomo. He said earlier this month that Americans should recognize a “through-line” that connects the infamous Tulsa massacre and voter ID requirements.

“[A] through-line means that just because there’s not another Tulsa massacre doesn’t mean the efforts are not equally unholy and un-American, those efforts that we’ve seen recently,” he said.

The party of Trump is intensifying its efforts to strip people of color of their rights to vote, says @chriscuomo. “The boldest attempt, since the era of Jim Crow.” https://t.co/u4NbHHjwbH pic.twitter.com/jM5VAw7t2s

Cuomo publicly compared the requirement of a photo ID  at a polling place to the mass murder of black Americans. As if that wasn’t evil enough, he now must face the fact that the very people who were supposedly targeted by the ID requirement have now said they support it.

Even before the release of these results, many black Americans had suggested that they did not feel targeted by voter ID requirements. In fact, some went as far as to say they felt the implication that black Americans could not acquire a photo ID actually represented racism.

“To say that black people cannot get an ID is an insult,” he said. “We’re as smart, as tenacious, as desirous of independence as anybody else. If anyone says that, who says that’s not the truth, is again, just pure racist.”

Contrary to the narrative of the left, the overwhelming evidence shows that requiring voter ID is not racist, and minorities agree. That is a tough development for the party that wishes to use the guise of racism to completely overhaul elections for its own benefit.

“I never admitted defeat…I have NOT conceded!” [VIDEO]