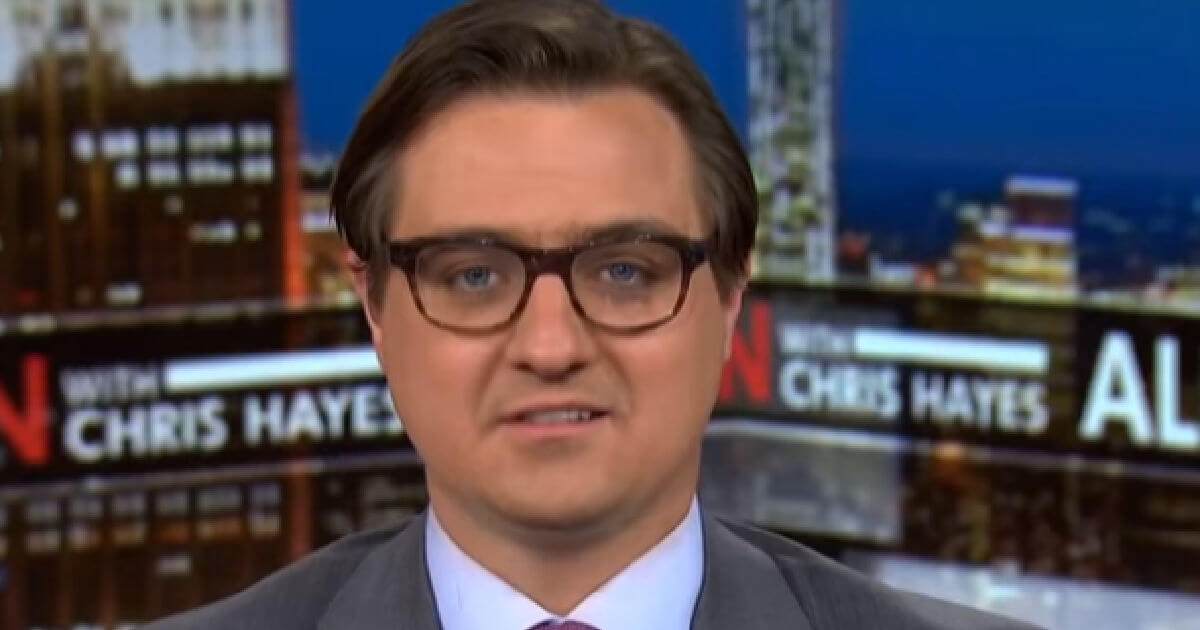 Prominent liberal media members shared a false claim related to the Hunter Biden laptop story to millions of followers on Twitter on Tuesday. Despite its supposed commitment to fighting misinformation, Twitter failed to take down the tweet.

The Office of the Director of National Intelligence released a declassified assessment of foreign threats to the election on Tuesday, Fox News reported. The report made no mention of any materials found on Hunter Biden’s laptop.

Despite that fact, MSNBC’s Chris Hayes shared a tweet on his timeline claiming that the story about Hunter Biden’s laptop was Russian disinformation, writing, “The same dudes who ran the play last time!”

His tweet included a portion of the intelligence report that said Russian intelligence “published disparaging content about President Biden, his family, and the Democratic Party, and heavily amplified related content circulating in US media, including stories centered on his son.”

“Hey, New York Post and everyone else who got suckered into the ridiculous Hunter Biden Laptop story. Take a bow,” Dáte wrote.

To be clear, the report does not mention Hunter Biden’s laptop in any capacity, let alone suggest that the stories stemming from its contents are Russian disinformation. Hayes and Dáte simply assumed that the report was referring to the laptop, which, by all available evidence, is not the case.

“This tweet is disinformation,” Daily Caller News Foundation reporter Chuck Ross wrote, according to Fox. “ODNI report says nothing about the laptop, which Hunter Biden hasn’t even denied dropping off at the repair shop.”

After reading the report more closely, Hayes realized his mistake. Yet even in his retraction, he attempted to cast doubt on the legitimacy of the reports regarding the laptop.

“Deleted the above tweet because the DNI report doesn’t mention the laptop,” he wrote.

“It just has Kilimnick and Derkach running around doing very similar things to what multiple reports say they were up to in 2016, and what Derkach was very clearly doing in 2019 as well.”

Deleted the above tweet because the DNI report doesn’t mention the laptop. It just has Kilimnick and Derkach running around doing very similar things to what multiple reports say they were up to in 2016, and what Derkach was very clearly doing in 2019 as well.

It is worth noting that Twitter did not force Hayes to take down his tweet despite its obviously false nature. Instead, Hayes eventually deleted the tweet of his own accord after realizing that his take on it was not going over very well.

This response is drastically different from Twitter’s initial reaction to the laptop story itself, which was first reported by the New York Post.

According to NPR, the New York Post published a series of stories on Oct. 14, 2020, that cited emails sent from Hunter Biden’s laptop. Facebook began limiting the stories’ distribution, while Twitter actively banned users from posting pictures or links to the stories.

Twitter claimed that it was attempting to stop the spread of disinformation, but the platform did not even take the time to research whether the emails were legitimate. As it turns out, the New York Post argued on Dec. 10 that the stories were factual, citing a federal probe into Hunter Biden’s taxes as evidence.

For these reasons, many conservatives accused Twitter of censoring the posts for political reasons. The fact that it has now failed to censor actual false claims from left-leaning journalists will only add fuel to that fire.

Large social media companies want to enjoy the protections of a public platform, but they also want to exercise the rights of a publisher. It doesn’t work that way.

Companies like Twitter and Facebook need to be held accountable for not only their partisan censorship of information they do not like, but also their blatant disregard for false information that perpetuates their preferred narrative.