Multiple Deaths Reported in Massive 1.5 Mile-Long Pile Up Crash in Fort Worth Texas 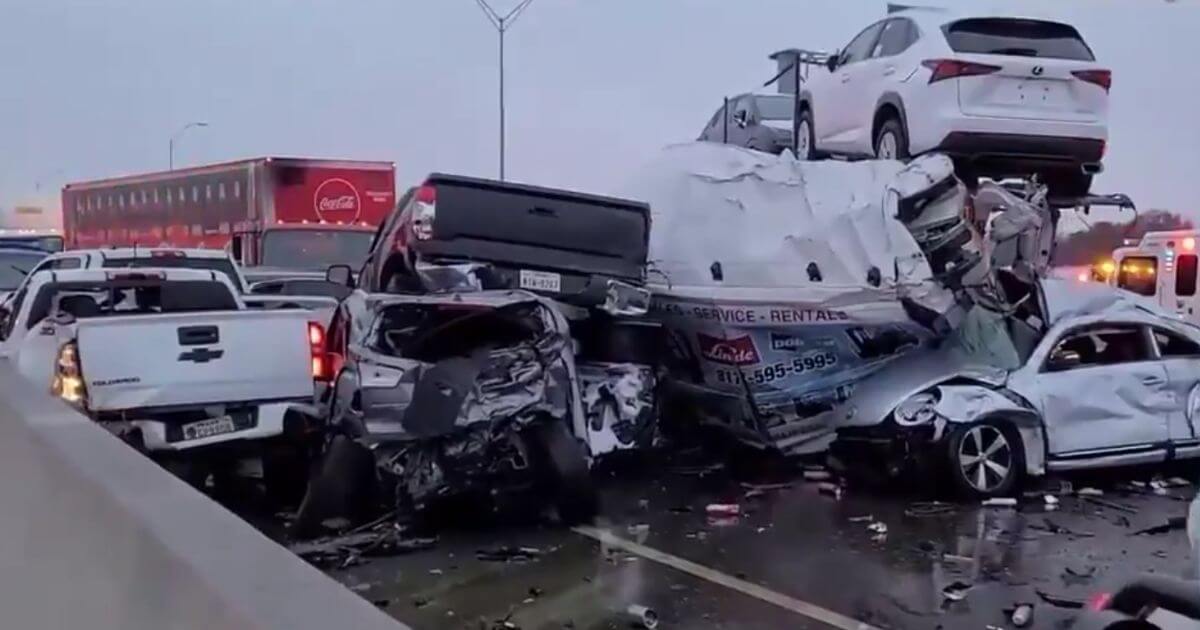 At least five people were killed and multiple injuries were reported Thursday after a massive chain-reaction freeway accident took place in Fort Worth, Texas.

Freezing rain and sleet had fallen overnight, setting the stage for the massive pileup along Interstate 35W, according to KTVT-TV.

“The weather conditions are definitely a factor in this massive multi-car accident,” Forth Worth police officer Daniel Segura told CNN.

KTVT reported that Segura confirmed five people were killed and over 100 vehicles were involved in the crash.

The accident was declared a “mass casualty” event, according to WFAA-TV.

According to WFAA, many of those injured were trapped in their vehicles for hours before help could get to them.

MedStar said an 18-wheeler involved in the crash was also blocking ambulances from leaving the pileup, which stretched about 1.5 miles long.

Images and videos taken of the scene showed vast wreckage.

NEW: Video of the devastating and disastrous 100+ car pileup in North Fort Worth, TX. Three fatalities have been confirmed.

At least three people are dead after 70-100 vehicles were involved in a massive ice-related wreck Thursday morning on Interstate 35W in Fort Worth, police said. https://t.co/gHSYkIj5v3

Stay safe Fort Worth. I used to drive this highway daily. This is not good https://t.co/bLu6xoUcoL

WFAA reported the crash took place at about 6 a.m.

Mike Drivdahl of the Fort Worth Fire Department said firefighters were going from car to car to find and rescue those injured and trapped in their vehicles.

“If you don’t have to get out, please don’t get out,” he told KXAS-TV. “We have a lot of emergency crews doing a lot of work. The last thing we need is people who don’t need to be out getting into any type of accidents.”

The weather resulted in other multi-car pileups in the area, including one in Arlington and another in Dallas, where at least one person was killed.

Why the $15 Minimum Wage Is Such a Bad Idea