‘My Entire Family, My Business, My Law Firm Are Under Siege Right Now’ 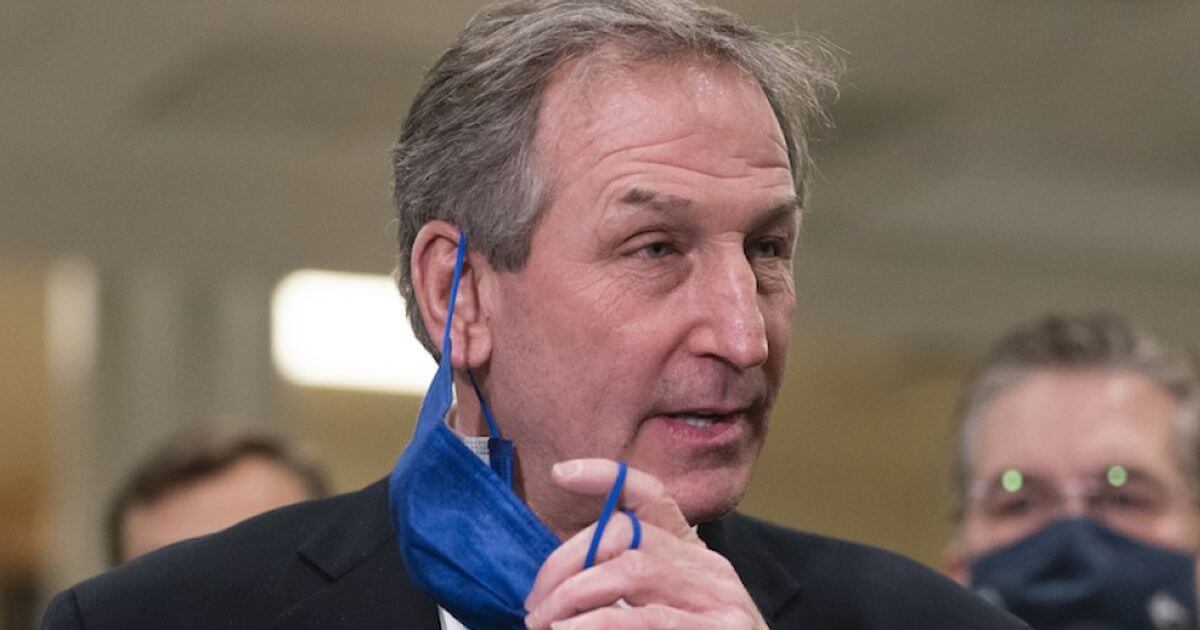 Vandals smashed windows of the attorney’s home on Friday night, according to The Philadelphia Inquirer.

The word “TRAITOR” was spray-painted in red on the driveway of the house. A red arrow was pointed at the dwelling.

The Chester County home of Michael van der Veen, one of Donald Trump’s defense attorneys, has been vandalized with the word “traitor” spray-painted at the edge of his driveway. https://t.co/xJczZZzN7C

Meanwhile, demonstrators from the group Refuse Fascism marched outside his law office.

“When van der Veen lies, what do you do? Convict. Convict,” they chanted.

The attorney, who kept his cool while facing the Senate, turned deeply emotional Saturday on Fox News when asked about the incidents.

“My home was attacked,” he said.

“I’d rather not go into that. To answer your question, my entire family, my business, my law firm are under siege right now. I don’t really want to go into that, though. What I’d really like to do is talk about the merits of the case.”

He told reporters Saturday that he felt he had been mistreated during the trial.

“I’m not a controversial guy. I’m not politically minded so to speak. I’m a trial lawyer and I represent people’s interests in court,” van der Veen added.

“And I’m disappointed that this is the result of just me doing my job.”

He also told Fox News police have no suspects in the vandalism incident.

The home now has private security, he said, according to KYW-TV.

“We’ve been showing a police presence to deter anything from happening,” he said.

Bruce Castor, who also defended Trump, said he, too, had been targeted.

“My house was the subject of unrest. These people are lawyers and they expect to do their jobs without having fear for their personal safety.”