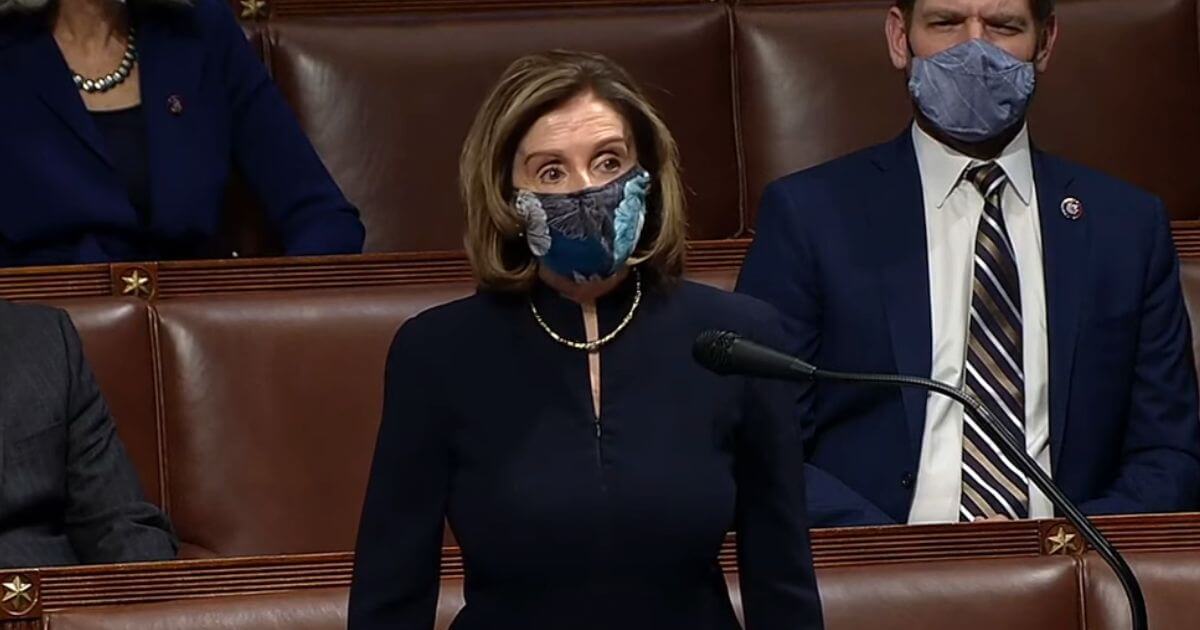 House Speaker Nancy Pelosi already has a likeability problem, and what she did recently certainly won’t help her case.

According to Fox News, Pelosi allegedly prevented an active duty United States Marine from watching his mother, Rep. Claudia Tenney, from being sworn in as the newest Republican member of Congress after she edged out her Democratic opponent by a handful of votes in a razor-thin, back-and-forth race.

Of course, Pelosi took measures to limit the damage because, well, let’s be honest, it was a crappy move. Instead, she blamed the situation on what Democrats always blame things on (besides Trump): COVID-19. Pelosi claims that rules issued by the House Sergeant at Arms and the congressional Attending Physician guided her decision.

On Thursday, Tenney was scheduled to be sworn-in to Congress, representing New York’s 22nd District. Essentially her only request was that her Marine son, who also graduated from the prestigious U.S. Naval Academy, be in attendance for the once-in-a-lifetime experience.

“I just would have loved to have my son with me. I raised him as a single parent,” Tenney said on “Fox & Friends” Friday. “We’ve been with each other, nothing greater day than his graduation from the U.S. Naval Academy, it was such an honor and now he is serving our country.”

Though Pelosi blamed COVID-19, her excuse doesn’t add up, as other newly sworn-in members of the House last month were allowed to bring a family member with them.

“We’ve asked repeatedly, can I just have my son in the gallery,” Tenney said, even mentioning that she didn’t even ask for him to be on the House floor. “There was no reason indicated.”

Instead, the young hero was forced to wait outside of the chamber door while his mother went through the motions.

“It was nice of him to take time out of his busy job serving our country to come and support me as I got sworn into the House,” Tenney said, but was clearly disappointed that he wasn’t allowed to be a part of it, other than being relegated to waiting in a hallway.

Pelosi’s staff repeatedly referred to the COVID-19 excuse and admitted that other members were allowed special exceptions since they knew family members were traveling with them, promising that the move wasn’t political.

This is something that Pelosi most certainly could have overridden, and she should have, given that this young man took time out of his very demanding and heroic job in the military to witness his mother make history.

Shame on Nancy for this one.