New Cuomo Allegation Referred to Law Enforcement, Who Say It May Have Risen ‘To the Level of a Crime’ 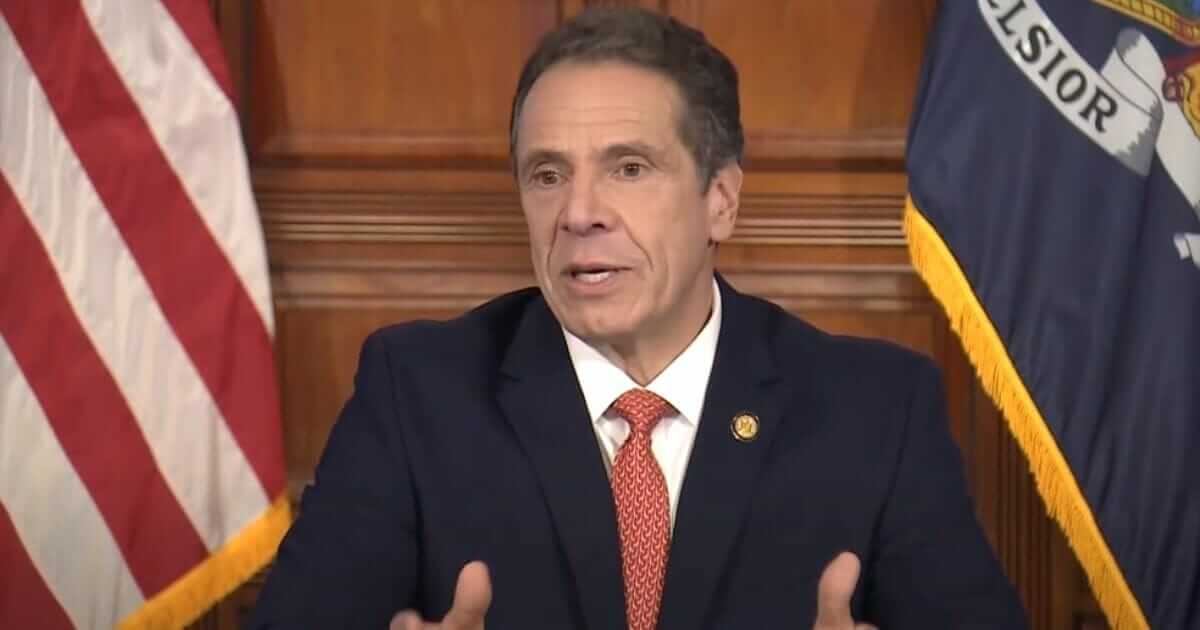 A groping accusation against Democratic New York Gov. Andrew Cuomo has been referred to police as allegations of sexual impropriety continue to mount against the embattled governor.

Cuomo reportedly cooked the books on New York’s devastating nursing home deaths in the early days of the coronavirus pandemic. He is now facing dual scandals relating to that and the increasing number of women who have accused him of sexually inappropriate behavior.

This week, the New York Post reported on one accusation that, if true, bordered on sexual assault. A female staffer came forward to claim that the Democrat and son of former New York Gov. Mario Cuomo reached under her shirt and touched her.

“The female staffer, who hasn’t been identified beyond being much younger than Cuomo, was reportedly summoned to the 63-year-old governor’s official residence to fix a problem with his cellphone,” the Post reported.

“Under New York Penal Law, it is illegal to forcibly touch a person’s ‘intimate parts’ to gratify ‘sexual desire’ or to degrade or abuse the victim.”

Cuomo has stated that he never inappropriately touched anyone as accusations pile up against him, but the bachelor has apologized for making women feel uncomfortable. NPR reported that as of Thursday, six women now say Cuomo displayed inappropriate behavior when interacting with them.

The latest accuser’s claims add another layer to the fall of the recently beloved governor.

Those claims, per multiple reports, are now in the hands of police in the state’s capital after the New York State Police and governor’s office informed the Albany Police Department of the accusation. Per The New York Times, a police source said Cuomo’s alleged actions might have risen “to the level of a crime.”

The Associated Press reported Thursday that the woman declined to press charges, but Cuomo attorney Beth Garvey was compelled to refer the allegation to police by state law.

“In this case the person is represented by counsel and when counsel confirmed the client did not want to make a report, the state notified the police department and gave them the attorney’s information,” Garvey said.

Cuomo on Wednesday evening denied the incident occurred, The AP reported. The case is now in the hands of police in Albany.

“I have never done anything like this,” Cuomo said through a spokesperson. “The details of this report are gut-wrenching.”

Cuomo is facing bipartisan calls to resign but has stated he will not step down and has urged the public to be patient and to see investigations on the sexual harassment and nursing home scandals through.

Still, he is facing strong condemnation from members of his own party.

“In light of the Governor’s admission of inappropriate behavior and the findings of altered data on nursing home COVID-19 deaths he has lost the confidence of the public and the state legislature, rendering him ineffective in this time of most urgent need,” the letter said, according to The AP.

“It is time for Governor Cuomo to resign.”

The sexual harassment and groping allegations come after a member of Cuomo’s inner circle said last month that his panicked administration undercounted nursing home deaths intentionally after Cuomo ordered nursing homes to accept patients who had tested positive for the coronavirus.

Cuomo is also accused of regularly engaging in behavior to intimidate reporters, as well as state and local lawmakers.

The apparent coming fall of the governor follows a year where he was hailed as an example of leadership, wrote a book about leading through a pandemic and was given an Emmy Award.

Lawmakers are reportedly speaking right now on moving forward with a possible impeachment of the governor.

How Joe Biden Barely Won the Presidency,” Reveals An ANGRY Biden...“Nobody wants to suffer one of his epic tongue-lashings”