Nikki Haley Wanted a Meeting With Donald Trump At Mar-a-Lago, He Turned Her Down 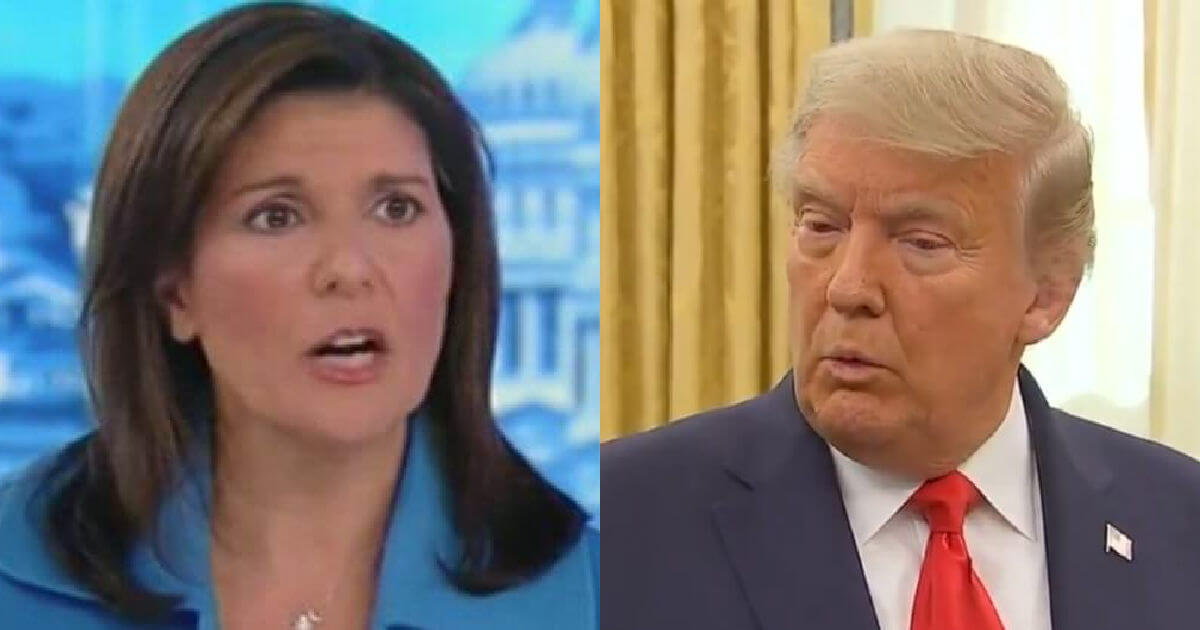 If there’s one thing that former President Donald Trump demands from his circle of advisers and friends, it’s loyalty.

Many congresspeople who rode the former president’s coattails to re-election and then suddenly turned on him after the Capitol riots because it was politically expedient to do… well, they’re no longer in the circle of trust. That includes former UN Ambassador Nikki Haley, who joined Democrats in ripping Trump after the Jan. 6 Capitol riots.

Now, the prospective 2024 Republican presidential nominee apparently wants to meet with Trump, presumably to mend fences and get back into the circle — a circle that wields undeniable political influence.

But according to The Hill, Trump declined her request.

Let’s quickly revisit her remarks following the Capitol riots, when I suppose she believed that the smart political move would be to trash Mr. Trump because for a few days, it seemed as if he had lost all political viability. Obviously, that wasn’t the case.

And here’s the gem that I’m sure Trump hasn’t forgotten about:

Turns out, he didn’t fall at all. As a matter of fact, most polls after the Capitol riots and after his impeachment acquittal show that he’s as powerful — on a political level — or even more so, than he was in the White House. There have already been a number of high-profile Republicans attempting to get back into his good graces. House Minority Leader Kevin McCarthy was one of them.

According to Politico, Haley published an op-ed in the Wall Street Journal recently in which she tried to regain some positioning with the president, but it apparently wasn’t enough to undo the damage.

“People feel strongly about Mr. Trump, but we can acknowledge reality,” she wrote. “People on the right can find fault with Trump’s actions, including on Jan. 6. Right or left, when people make these distinctions, they’re not trying to have it both ways. They’re using their brains.”

President Joe Biden Should Stop Calling Himself a 'Devout Catholic'