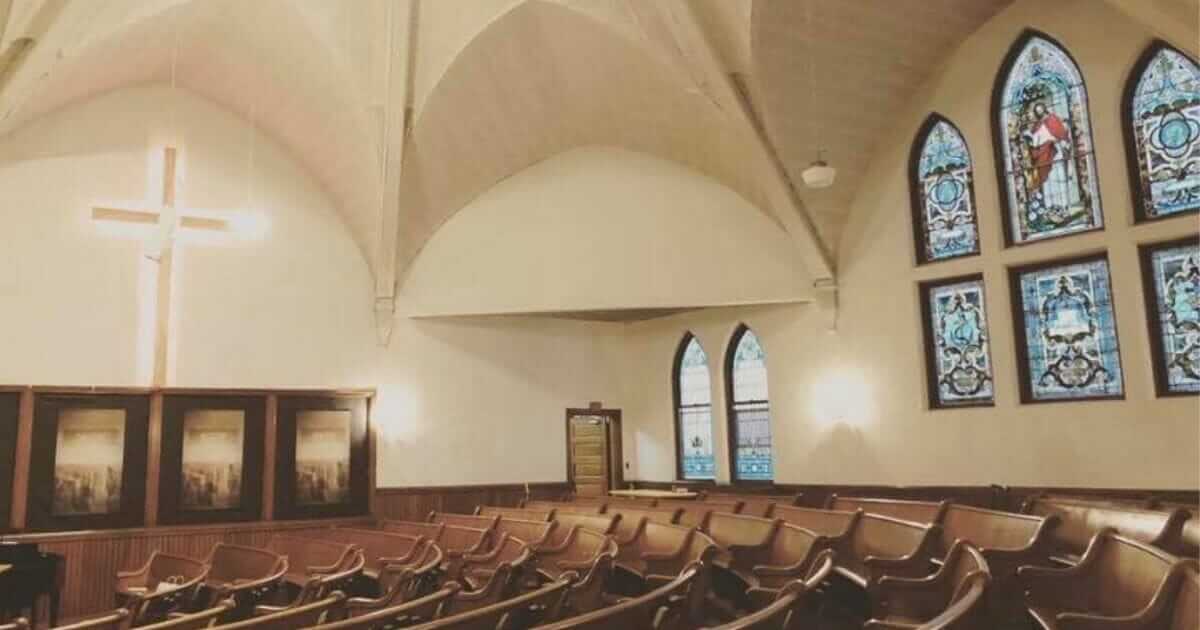 The Oklahoma House passed the “Oklahoma Religious Freedom Act” to protect religious freedom in the wake of another 2020 style power grab during an emergency. House Bill 2648 overwhelmingly passed on Wednesday with an 80-18 vote that now sends the bill to the Oklahoma Senate.

The Oklahoma Religious Freedom Act would ban the government from the ability to close churches and places of worship. Rep. Brian Hill told ABC5, “People came to this continent seeking religious freedom and to escape a tyrannical government, and our country’s founders had the wisdom to specifically outline the freedom to worship in one of our founding documents.”

HB 2648 says that the government closing churches or places of worship for any reason would be considered a substantial burden on people’s freedom of religion. Rep. Hill said, “My faith, like many Oklahomans, is at the core of who I am, and this bill further protects our God-given right to worship.”

According to HB2648 sec 51-252, “substantial burden means to inhibit or curtail religiously motivated practice.” The bill instructs that “any person whose exercise of religion has been substantially burdened by a governmental entity in violation of this section may assert that violation as a claim or defense in any judicial or administrative proceeding and may obtain declaratory relief or monetary damages.”

Essentially the Oklahoma legislature is giving its residents a clear path to suing the government if and when it attempts this power grab again by specifically stating that ANY closure would be considered a substantial burden. The bill also allows  for financial remedies if the case is successful in court, saying, “if any person who prevails in any proceeding to enforce this act against a government entity may recover reasonable costs and attorney fees.”

Rep. Jon Echols told ABC5, “This country was founded by individuals seeking freedom to worship in the manner they so choose without persecution. I can think of nothing more patriotic than protecting those rights for future generations.”

Don’t misunderstand what I mean; when I say, “what took you so long?” I mean, quite frankly, WHAT TOOK YOU SO LONG? I understand that 2020 brought out the fear in people, and understandably, the fear, when fed, grew into government overreach, but NOTHING gives the government authority to close churches. Nothing.

We sat as pews were empty, and our priests were forced to give the homily through a broadcast instead of in person. We weren’t allowed to take in the Body of Christ. We were told not to make decisions for ourselves but listen to them. They encouraged the shaming of people that were searching for the normalcy that mass brings. Even now, when I go to receive, I get stares. * If you don’t know me by now, know that people ‘staring’ is never going to be enough of a reason to make me stop doing what’s right *

The governor banned groups of 10 or more people from gathering when Oklahoma had only 109 cases in the entire state, ultimately forcing church doors to close. The amount of money donated to our local parishes went down while Amazon and Walmart brought in billions. This will never sit right with me. Never forget which elected officials took power during the pandemic and which ones from the beginning were fighting for the people’s freedom.

Attention-Seeker Eric Swalwell Just Filed a Lawsuit Against Trump, Giuliani And Others Over Capitol Riots