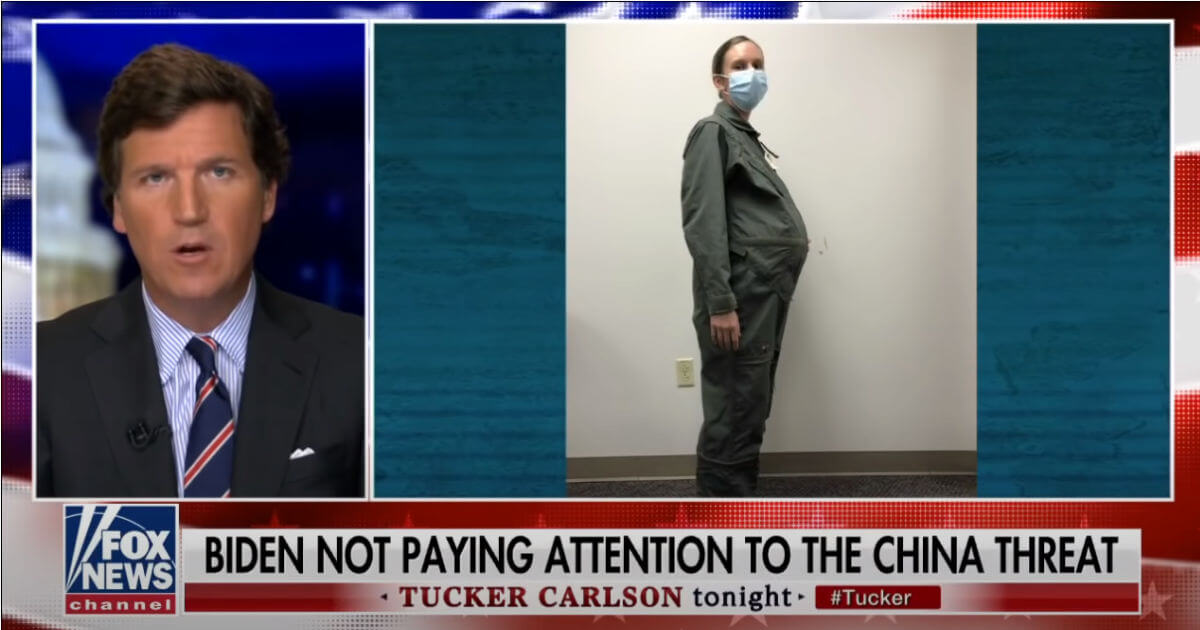 Fox News’ Tucker Carlson doesn’t have any problems with saying what’s on his mind.

Earlier this week, the highly-rated primetime host took a shot at pregnant women serving in various military roles, pointing out that while China is strengthening their military, President Joe Biden is doing whatever he can to feminize the U.S. military.

Obviously, Carlson has a long track record of supporting the U.S. armed forces and wasn’t disparaging the service, whatsoever. But one Pentagon official apparently took it that way, to the point where he issued a statement on Carlson’s commentary.

On Tuesday night the conservative commentator showed an Air Force photo of a 1st lieutenant modeling a maternity uniform, and said in the face of a growing threat from China the Pentagon could lose wars by drawing in more women.

“While China’s military becomes more masculine … our military needs to become, as Joe Biden says, more feminine,” Carlson said. “This is a mockery of the U.S. military.”

Responding on Thursday, the Pentagon said it was proud of the military’s diversity and said it needed to do a better job of promoting women to senior ranks.

“What we absolutely won’t do is take personnel advise from a talk show host or the Chinese military,” Pentagon spokesman John Kirby told reporters.

Kirby said he hoped Carlson would “realize the mistake he made and express some regret about the manner in which he essentially demeaned the entire U.S. military and how we defend and how we serve this country.”

Fox News, which is regularly broadcast to service members deployed around the world on the military’s own television channel, did not immediately respond to a request for comment.

While gender diversity in the armed forces has been a stated goal of both Republican and Democratic administrations, women make up only about 16.5% of the active-duty military, a recent Government Accountability Office report found. That number is far lower among senior military officials.

This week, Biden nominated only the second and third women to lead combatant commands in the military’s history.

You can watch Carlson’s segment on the issue in the video below: