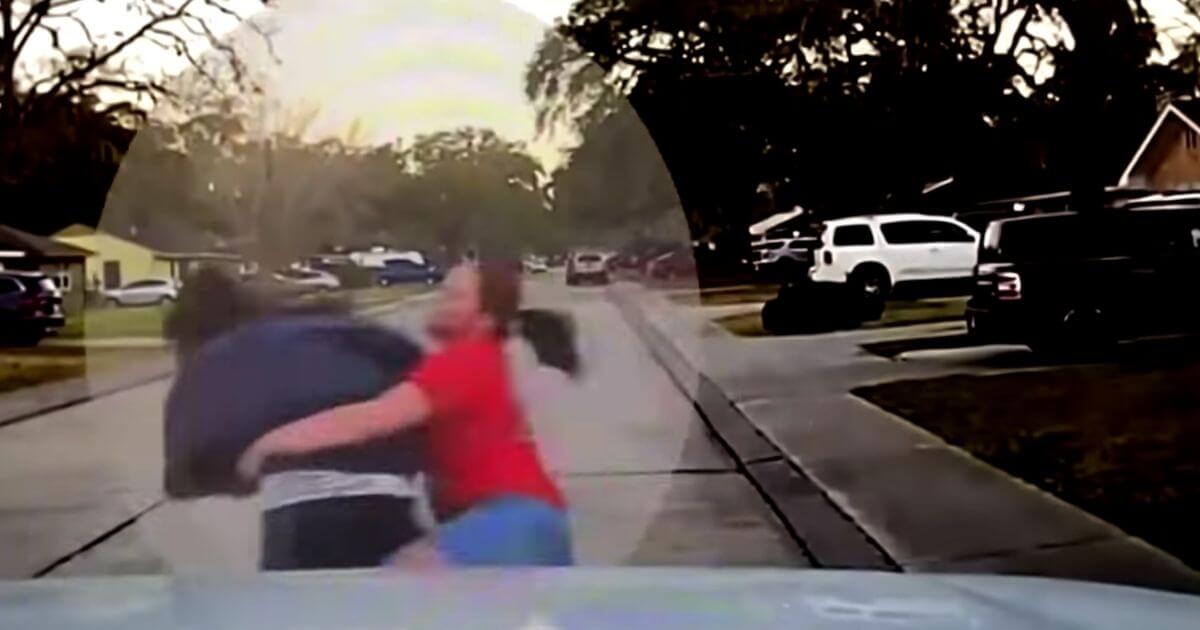 A man accused of being a peeping Tom found out the hard way that moms in Texas know how to protect their children.

On Jan. 31, Phyllis Pena of Lake Jackson, Texas, said she returned from shopping to find a man peeking into her 15-year-old daughter’s bedroom window. The girl was not in her room at the time.

She yelled. He ran.

But when the police responded to her call for assistance, the suspect ended up running the wrong way — past Pena where she stood with her daughter.

A police car dashcam captured the scene as Pena lined up the suspect and then moved in for a clean tackle.

“First instinct was just to make sure he didn’t go any further,” she told KPRC-TV.

“The cop fist-bumped me and he was like, ‘Hey, so I heard the Texans are looking for a new linebacker,’” Pena said.

Zane Hawkins, 19, was charged with possession of a controlled substance, evading arrest and resisting arrest, according to Sgt. Roy Welch.

“It’s not very often that we have somebody that actually steps in, puts themself in harm’s way to assist in apprehending somebody,” Welch said.

“It was a pretty good tackle,” he added.

Pena said she reacted by instinct.

“My kids are my life and just making sure I protect them,” she said.

“I jumped in front of him and just tackled him,” she added, according to KTRK-TV.

Pena said she didn’t know where her football skills came from.

“It just came naturally, which was really weird,” she said.

“You just want your kids to feel safe,” she went on. “In a situation like that, your kids don’t feel safe.”

Pena later posted the dashcam video on her Facebook page, writing, “My next step is to try out for the NFL.”

That sounded good to Joe Kinsey, writing on Outkick.

“Mama bear has spoken, and let’s just say you’re not going to see a better tackle this week. Show some appreciation, Texans,” he wrote.

“Change the narrative around your organization. Bring her into the practice facility and let Phyllis hit some tackling dummies. Let’s spin this into a positive.”