President Joe Biden Should Stop Calling Himself a ‘Devout Catholic’ 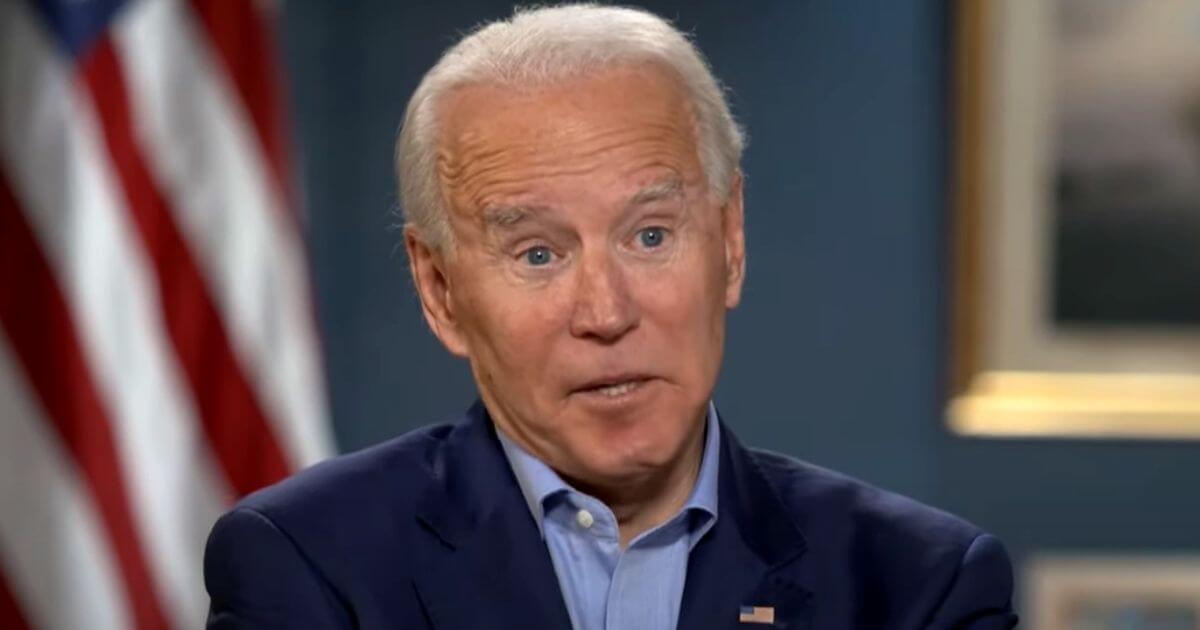 President Joe Biden often touts his Catholic faith as part of what drives him, but according to one high-profile archbishop, the Democrat is damaging the faith by publicly aligning himself with the church, and he should stop due to his radical views on abortion.

Biden’s comments were interpreted as a shot at Trump, which he delivered while hiding behind the faith.

NPR’s Asma Khalid further noted in her reporting that Biden is considered “the most overtly devout Democratic presidential campaign since Jimmy Carter in 1976,” and added the Democrat “carries a rosary in his pocket and attends Mass every Sunday.”

Biden “is known as a deeply devout person of faith, and his campaign sees electoral implications in that — in part because Biden has tried to frame this election as a clear moral contrast between Trump and himself,” she added.

But that framing doesn’t exactly square up with some of Biden’s political views, particularly the issue of abortion.

Because of that, the president is being called out by Joseph F. Naumann, the Archbishop of Kansas City, Kansas, who is also the chairman of the United States Conference of Catholic Bishops’ Committee on Pro-Life Activities.

In a recent interview with The Catholic World Report, Naumann slammed Biden for his views on abortion, which go against the teachings of the church.

The archbishop had some strong words for the president in an interview published on Thursday. Biden, per Naumann, “should stop defining himself as a devout Catholic.”

After noting that Trump, a non-Catholic, spoke at the annual March for Life in January 2020, The Catholic World Report addressed the elephant in the room for anti-abortion Catholics: Biden is not representative of Catholicism, not as they see it.

“Mr. Biden professes to be a devout Catholic, yet is 100 percent pro-choice on abortion. How do you think America’s bishops ought to respond to this situation?” the outlet asked Naumann.

The archbishop continued to sling arrows.

“I can tell you how this bishop is responding. The president should stop defining himself as a devout Catholic, and acknowledge that his view on abortion is contrary to Catholic moral teaching. It would be a more honest approach from him to say he disagreed with his church on this important issue and that he was acting contrary to church teaching,” he answered.

“When he says he is a devout Catholic, we bishops have the responsibility to correct him. Although people have given this president power and authority, he cannot define what it is to be a Catholic and what Catholic moral teaching is,” he added.

Naumann continued, accusing Biden of “usurping the role of the bishops and confusing people.”

“He’s declaring that he’s Catholic, and is going to force people to support abortion through their tax dollars. The bishops need to correct him, as the president is acting contrary to the Catholic faith,” he concluded.

Naumann also avoided a question about whether or not he would deny offering Biden communion, as priest Robert Morey of St. Anthony Catholic Church in Florence, South Carolina, did while Biden campaigned in the state in 2019 and attended his church.

“I don’t think I’ll ever be in that situation; I don’t anticipate him coming to Mass in Kansas and coming up to me to receive Communion,” Naumann said, quite diplomatically.

“I do believe that his bishop has a responsibility to dialogue with him about this issue. What he is supporting is a serious evil. I don’t know the disposition of his mind and heart, but his act of supporting legal abortion is wrong.”

“Sadly, this past Sunday, I had to refuse Holy Communion to former Vice President Joe Biden,” the priest told the outlet. “Holy Communion signifies we are one with God, each other and the Church. Our actions should reflect that. Any public figure who advocates for abortion places himself or herself outside of Church teaching.”

Priests refusing to kowtow to Biden is becoming somewhat of a trend, and a welcome one at that.

Despite having a self-proclaimed Catholic in the White House, the church is more or less refusing to surrender its values to him — specifically regarding the “serious evil” that is the mass genocide of the unborn, which Biden supports without hesitation.

Biden’s political positions diverge sharply from Catholic teachings, and church leaders are aware of that fact. In being true to themselves and their faith, many Catholics, apparently led by leaders such as the outspoken Naumann, are not placing Biden above their own convictions.

Nikki Haley Wanted a Meeting With Donald Trump At Mar-a-Lago, He Turned Her Down