President Trump Remembers Rush Limbaugh: “He Is A Legend” 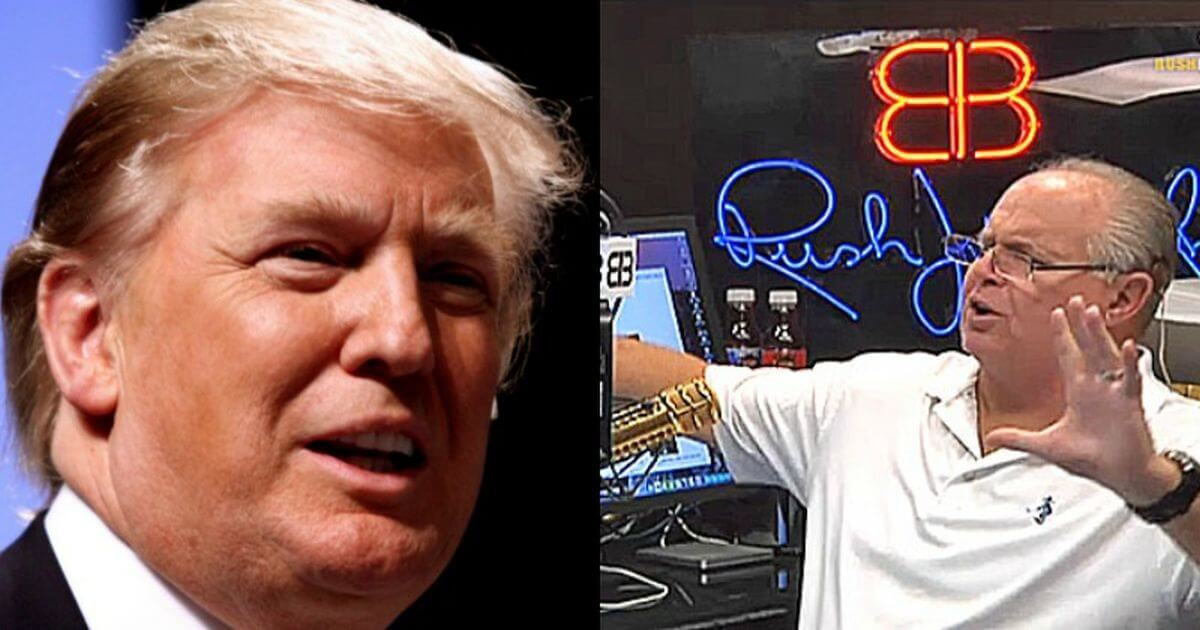 President Trump came onto Fox News today to remember his friend, Rush Limbaugh. “He was truly a man of the future. He loved this country so much,” President Trump said regarding his friend.

The conservative talk radio icon passed away this morning after a hard-fought battle with cancer. President Trump said that Rush “loved this country, he loved his wife and his family, and he loved his fans, his audience…he’s irreplaceable.”

The President told the audience that this allowed the two to speak on a deeper level and allow them to become friends. President Trump then joked, “I always seem to like people who like me. It’s much easier… Call that a weakness.”

On December 23, Rush told his listeners: “The day is going to come, folks, when I’m not going to be able to do this. I don’t know when that is… I want you to understand that even when the day comes, I’d like to be here. I wish there was a way to say it other than thank you.”

Today was that day. The President told the hosts of Fox News’ Outnumbered that he spoke to Rush a few days ago. Trump described his health status when they spoke, but mainly President Trump conveyed the love and admiration he had for the conservative talk radio icon.

BREAKING: Rush Limbaugh’s wife Kathryn announces on his radio show that he passed away this morning due to complications from lung cancer

“Rush will forever be the greatest of all time.” pic.twitter.com/FSJTfmX8ZO

President Trump described the love that Rush had for his devoted wife, Kathryn, claiming that Rush would often tell him how much he loved his wife in their private conversations. Trump described Kathryn as Rush’s “angel.”

President Trump ended by saying this about the outpouring of love Rush is receiving: “He was a great man and he deserves it.”

I want to end with a couple of iconic quotes from the Legend:

“No nation has ever taxed itself into prosperity.”

“You know, folks, I have to tell you something. This, this white guilt, it’s time for all this white guilt to end. I know it won’t because I know that most people are scared to death and live lives totally immersed in fear because that’s what other people want them to live like, but I’m sick of it. White guilt is doing nothing for anybody, and white guilt is not solving anything. And besides that, a little history lesson for you. If any race of people should not have guilt about slavery, it’s Caucasians. The white race has probably had fewer slaves and for a briefer period of time than any other in the history of the world.”

Last one and my personal favorite:

“Feminism was established so as to allow unattractive women access to the mainstream of society.”

Rest in Peace, Rush Limbaugh. It is because of him paving the way that I have the ability to voice my conservative opinion.