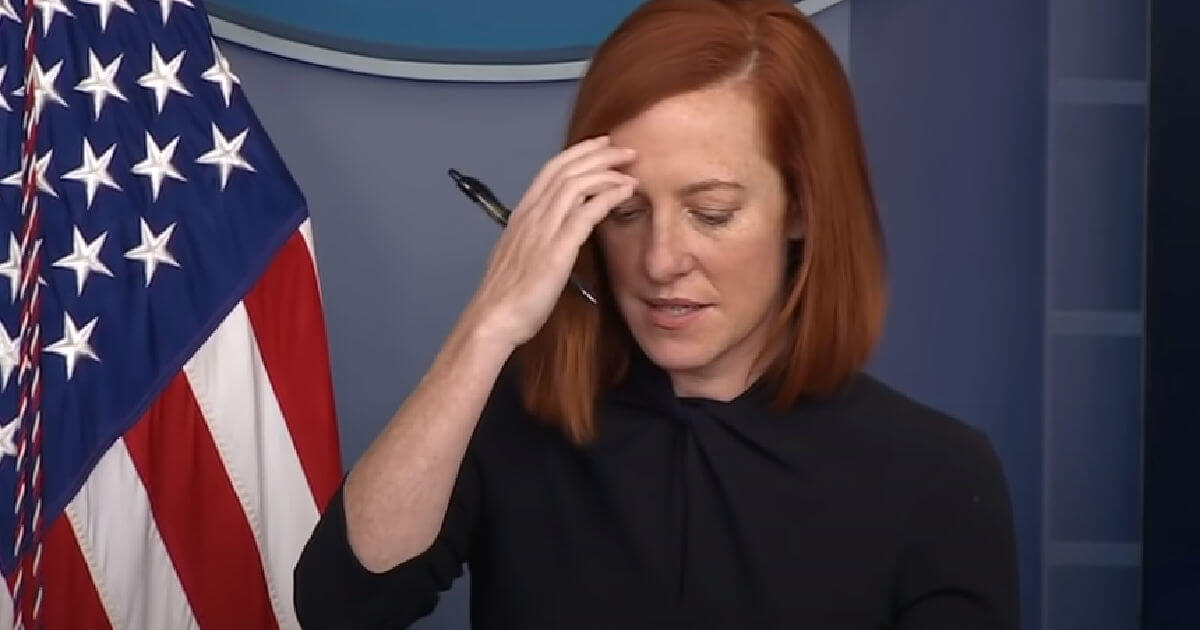 It has some competition, but Thursday represented one of the most problematic media briefing moments of the nascent Biden administration, one where White House press secretary Jen Psaki said the administration would be guided by the science on school re-openings while failing to acknowledge the science is already in.

During the briefing, Psaki was questioned about Centers for Disease Control and Prevention guidelines on schools that were set to be released on Friday. However, the questioner noted, according to a transcript from the White House website, “that a majority of schools are open in some form already, even if it’s just for a day or two.

“So is the president or the White House concerned that some of those schools right now are open but not safe?” the reporter asked.

Psaki said the issue was the lack of applicable data: “One of the challenges we have is that the data is not great as it relates to schools that are open or not open, how hybrid learning is impacting kids,” she said. “The data and the lack of data or effective data is part of the problem.”

“One of the things the president asked the Department of Education to do is to do a survey and get a better assessment of what that data looks like and how the learning of the last year has impacted kids,” she added.

Earlier in the briefing, Psaki had said Biden “wants schools to open safely and in accord with science, and we are going to listen to science and medical experts.”

Even before the new guidelines were going to be released on Friday, however, it’s worth noting the data was already in and it supported school reopening.

In a report released in January, the CDC noted that “COVID-19 outbreaks related to kindergarten through grade 12 (K–12) classroom settings have been rarely reported; however, in-school transmission risk has not been well described.”

The study, based on 17 rural schools in Wisconsin, found a tiny transmission rate linked to schools.

“With masking requirements and student cohorting, transmission risk within schools appeared low, suggesting that schools might be able to safely open with appropriate mitigation efforts in place,” the January report concluded.

The study found seven cases of student-to-student transmission at school among over 4,800 students, and zero cases of transmission to teachers.

“Student masking compliance was reported to exceed 92% throughout the course of the study. Older children were reported to be equally compliant with masking as younger children,” the report stated.

“High levels of compliance, small cohort sizes (maximum of 20 students), and limited contact between cohorts likely helped mitigate in-school SARS-CoV-2 transmission and could be responsible for the low levels of transmission detected in schools. Investigation of 191 school-related COVID-19 cases in students and staff members suggested that most transmission occurred outside of required school activities. This finding is consistent with recently reported data suggesting limited transmission within schools.”

Furthermore, the study suggested schools could reopen even in places with high community transmission.

“Some school districts throughout the country have set thresholds for reopening based on the percentage of positive test results in the community (e.g., Virginia: 10%, California: 8%),” the report read.

“The percentage of positive COVID-19 test results ranged from 7% to 40% in the community, and confirmed COVID-19 cases within schools were few. These findings suggest that attending school where recommended mitigation strategies are implemented might not place children in a higher risk environment than exists in the community. Having children in a monitored school setting might increase adherence to mask compliance, and cohorting can help minimize exposures for children and adults. In-person schooling for children has numerous health and societal benefits, especially for children and parents of lower socioeconomic status.”

But again, the science wasn’t in, according to the White House.

Well, now the CDC’s new guidance came out Friday and it confirms what we already knew: That only in communities with the highest levels of transmission do we need to see some kind of pause.

“The agency said that elementary schools could remain open regardless of virus levels in the surrounding community, pointing to evidence that young students are least likely to be infected or to spread the pathogen,” The New York Times reported Friday.

“Only in communities with the highest transmission levels should elementary schools switch to a hybrid model, with some remote instruction and some in-person instruction, the agency said. In any scenario, elementary schools should remain at least partly open. Middle schools and high schools should close completely and switch to virtual learning when transmission levels are highest, the agency said.”

The problem is that the Biden administration isn’t only guided by science. As Alex Nester from the Washington Free Beacon reported, if it were, schools would be open already. It isn’t just the CDC report, but other studies that found transmission was “extremely rare” and that holding students out of school “exacerbated long-standing educational disparities,” especially among students of color.

There is one group, however, that’s long held that teachers shouldn’t be teaching in-person classes: Teachers’ unions, which have consistently opposed reopening. They’re also a key activist bloc for Democrats and a major source of donations.

But the White House claims it is driven by science — just not by the science the CDC had already assembled or other studies that found in-school learning wasn’t a major driver of COVID-19 transmission.