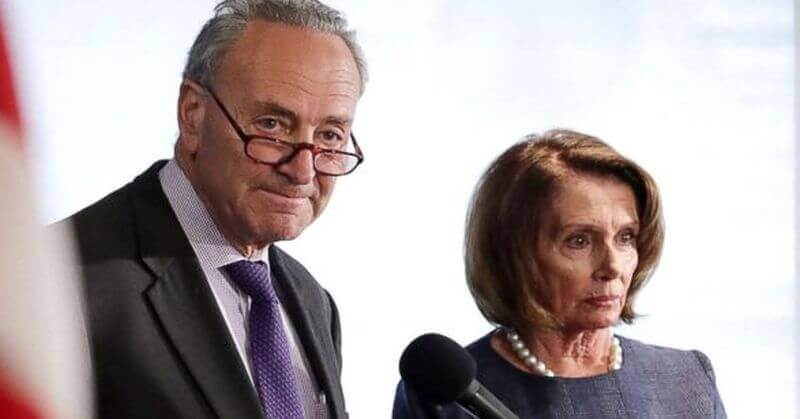 One of the most lasting effects of former President Donald Trump’s legacy is the record number of judges his administration appointed to the federal judiciary. In addition to the appointment of three justices to the Supreme Court, Trump also worked with then-Senate Majority Leader Mitch McConnell to appoint 54 federal appellate judges and 174 district court judges.

Because those judges will be issuing rulings for decades to come, naturally the Democrats want to take action to mitigate their impact.

According to The Hill, President Joe Biden currently has 50 vacancies to fill, including 47 in district courts and three in circuit courts. FiveThirtyEight reported that is the lowest number of judicial vacancies an incoming president has had since George H.W. Bush in 1989.

The Hill reported Democrats are now considering expanding the number of seats in the lower courts, something that could see support on both sides of the aisle.

That may sound farfetched, however, Democratic Sen. Dick Durbin of Illinois, the majority whip and new chairman of the Senate Judiciary Committee, said a Republican senator had already spoken to him about the possibility.

“Interestingly enough, I had a Republican senator who approached me about expanding the number of federal judges in his state so there seems to be some sentiment that there [are] backlogs in the dockets of federal judges,” he said.

Texas Sen. John Cornyn, a Republican, is reportedly open to the idea. (He was not, however, the Republican who spoke to Durbin.)

“My state’s a big, growing state, and we’ve got huge caseloads. … I’d be open to having a conversation about that,” Cornyn told The Hill.

In 2013, Democratic Sen. Harry Reid was the Senate majority leader. His party ended the 60-vote filibuster for the confirmation of lower court judges.

Republicans, who held the Senate majority in 2017, eliminated this requirement for the confirmation of Supreme Court nominees, paving the way for three new Trump-nominated justices over the next three years.

According to The Hill, “Republicans also changed the rules in 2019 to reduce the amount of debate time for most executive nominees and district judges, a change that will now benefit Democrats.”

“[T]here will be lots of vacancies that come up,” Schumer told Maddow. “And I think there are a lot of judges, Democratic appointees who didn’t take senior status while Trump was president who now will, and … then we get to fill it.”

That brings us to the Supreme Court.

Biden and Vice President Kamala Harris both refused to reveal their positions on packing the court prior to the election. But I think we all know where they stand on this issue.

While Democrats have floated the idea of packing the Supreme Court before, the idea really gained steam after Trump’s nomination of then-Judge Amy Coney Barrett following the death of Supreme Court Associate Justice Ruth Bader Ginsburg in September.

Democrats were outraged that Trump would nominate a replacement for the liberal icon so close to the presidential election. Especially since McConnell had previously refused to hold a vote for then-President Obama’s nominee, Judge Merrick Garland, in 2016.

Asked by Maddow about “expanding” the court, Schumer said, “President Biden has put together this commission to come up with a report in 180 days. We’re going to see what that commission says and go from there.”

In order to pack the court, Democrats would have to first abolish the legislative filibuster and then vote to add justices to the court. Every Democratic senator would have to be on board to do so.

Schumer indicated that some of his colleagues were “torn” over the issue. He said, “You know, some are very much for it. Some are against it.”

Barring any unexpected support from some of the “less reliable” Republican senators, Schumer may find it impossible to pass either initiative.