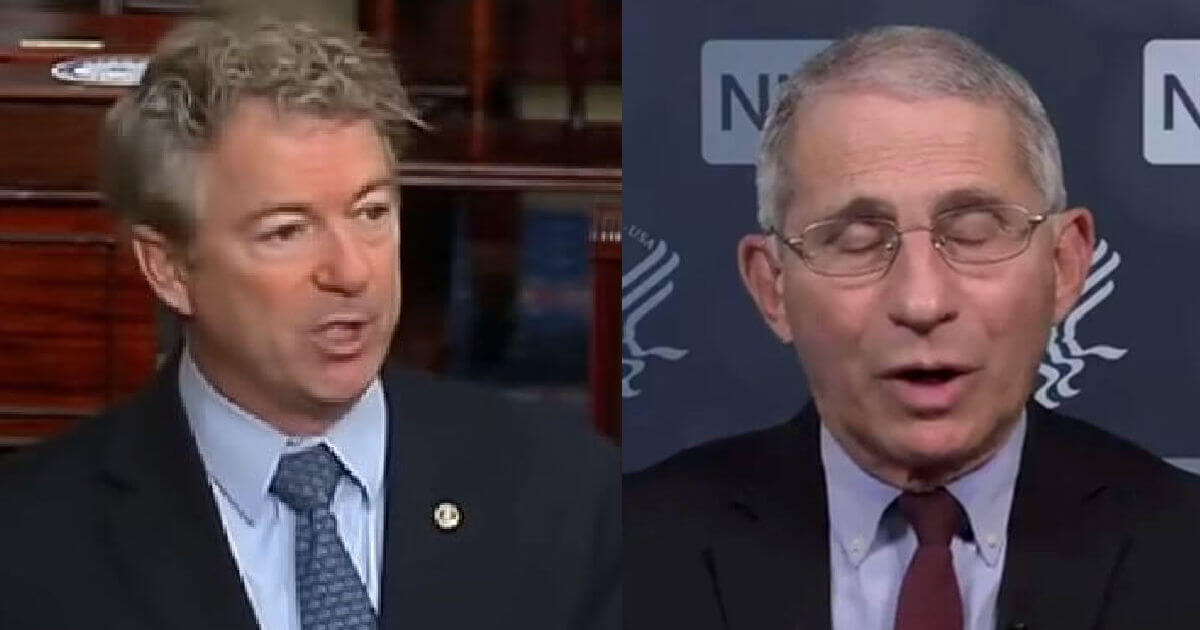 According to CNBC, Fauci, the director of the National Institute of Allergy and Infectious Diseases, appeared before the Senate Health, Education, Labor and Pensions Committee and entered into a heated debate with Paul — who has long been a critic of lockdowns and wearing masks.

The jousting began with Paul quoting studies that show individuals who have been vaccinated, or who were previously infected with COVID-19, are unlikely to be infected again. Paul then asked Fauci about the medical adviser’s past claim that Americans will need to wear masks in 2022.

As Fauci began to dispute Paul’s contention, the senator had another jab to throw. “If you’ve had a vaccine and you’re wearing two masks, isn’t that theater?” Paul asked.

“No, that’s not. Here we go again with the theater,” Fauci responded before disputing some of Paul’s interpretations of the research he cited.

Fauci said that variants of the coronavirus are “a good reason for a mask,” citing research in South Africa in which some people who had been infected with one type of the virus had no protection against a variant that exists there.

“So when you talk about reinfection, you’ve got to make sure you’re talking about wild type. I agree with you that you very likely would have protection from wild type for at least six months if you’re infected. But we, in our country now, have variants that are circulating,” Fauci said.

Paul was ready with a response.

“What study shows significant reinfection, hospitalization and death, after either natural infection or the vaccine? It doesn’t exist. There is no evidence that there are significant re-infections after vaccine. In fact, I don’t think we have a hospitalization in the United States after the two-week period after the second vaccination. Do you have a death in the United States?” Paul asked.

After much back-and-forth, Paul told Fauci, “You’re making policy based on conjecture.”

“It isn’t based on conjecture,” Fauci responded.

“You’ve been vaccinated and you parade around in two masks for show,” Paul said after more crosstalk.

“You can’t get it again. There’s virtually zero percent chance you’re going to get it. And yet you’re telling people that have had the vaccine who have immunity — you’re defying everything we know about immunity by telling people to wear masks who have been vaccinated,” he said.

“Instead, you should be saying, ‘There is no science to say we’re going to have a problem from the large number of people being vaccinated.’ You want to get rid of vaccine hesitancy? Tell them they can quit wearing their mask after they get the vaccine,” Paul continued.

“You want people to get the vaccine? Give them a reward, instead of telling them that the nanny state’s going to be there for three more years and you got to wear a mask forever. People don’t want to hear it. There’s no science behind it.”

The two continued to spar.

“Well, let me just state for the record that masks are not theater. Masks are protective,” Fauci said.

“I totally disagree with you,” Fauci said.

HR1, the 'Corrupt Politicians Act,' Is the Most Dangerous Piece of Legislation Before Congress