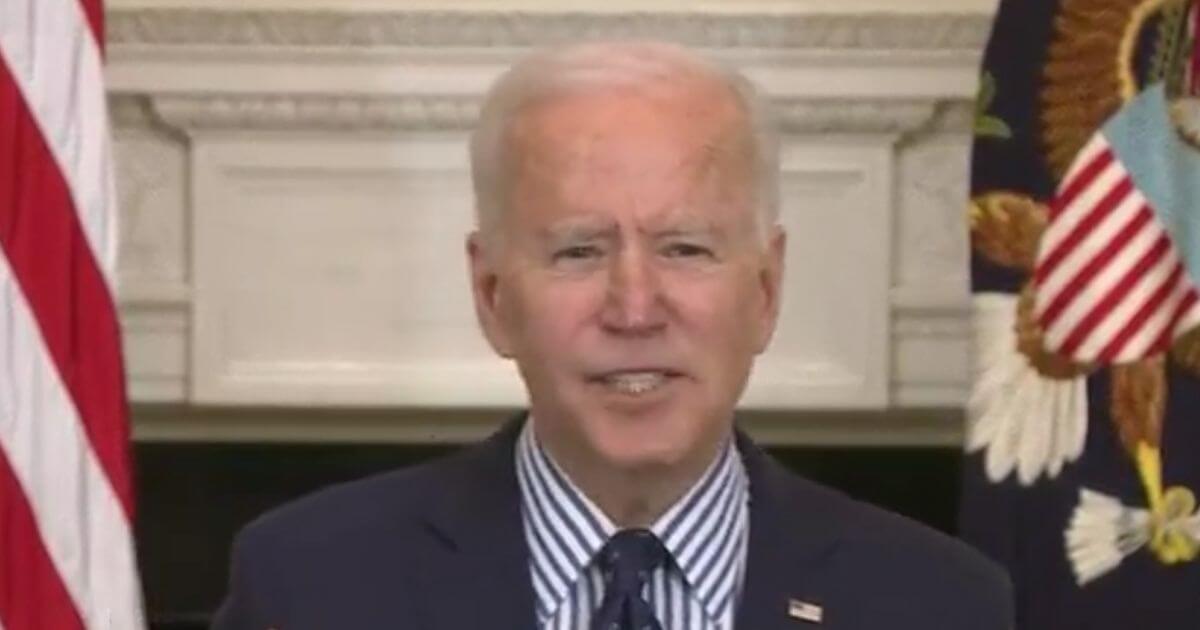 Remember “kids in cages?” They’re back, and in record numbers.

According to CNN, internal Border Patrol documents reviewed by the network reveal that the number of unaccompanied minors being held in U.S. Border Patrol facilities designed for adults, which are more equivalent to jail-like conditions than mere detention centers for minors, has reached “dramatic highs.”

The numbers, dated Monday, show that over 3,200 unaccompanied minors were in Customs and Border Protection custody, with 2,600 of them supposed to be transferred to shelters meant for minors.

The problem with that? Only 500 beds are available there.

The news comes as U.S. officials reveal that the numbers at the border could reach highs not seen in 20 years and a plan to turn family detention centers into rapid processing facilities for families and unaccompanied minors might still not be able to alleviate the problem.

And that problem is getting worse. Only a week ago, 1,700 children were in Border Patrol custody, CNN reported. That number has almost doubled in just seven days.

CNN reported that the data “comes on the heels of a trip to the US-Mexico border by senior administration officials to assess the situation on the ground amid an increasing number of arrests and indicates a rapidly increasing trend of unaccompanied children coming into the US.”

It’s not just unaccompanied children, either.

In January, The Washington Post reported, 78,000 individuals were detained or arrested along the southern border, the most in over a decade and double the number apprehended last year.

When those numbers were reported Feb. 1, White House press secretary Jen Psaki told reporters that it would take a while “to put in place a humane, comprehensive process for processing individuals” and said potential migrants considering making the trek should put off the journey.

“Now is not the time to come, and the vast majority of people will be turned away,” she said, according to The Post. “Asylum processes at the border will not occur immediately. It will take time to implement.”

This has been a consistent message from the Biden administration and it’s been consistently ignored by throngs of aspiring border crashers. Even before the inauguration, administration officials were telling migrants that it would take time to set up a system that could deal with a potential influx of asylum-seekers from Central America, the current hotspot for illegal immigration.

If this messaging has worked at all — which is questionable — it’s still left the country stuck with an extralegal human migration that’s large enough to swamp the systems we have in place to deal with it.

And, as CNN reports, it’s leading to overcrowding in the midst of a pandemic.

“The numbers are overwhelming. To compare, at the peak of the 2019 border crisis — when there were overcrowded facilities and children sleeping on the ground — there were around 2,600 unaccompanied children in Border Patrol custody, a former CBP official told CNN,” the network reported.

That pandemic also complicates matters, since many of these shelters are keeping beds unoccupied for social distancing reasons.

To be fair, there are reasons for the overcrowding that don’t have to do with the change in administrations. Two hurricanes have hit Central America in recent months and the region’s economies have been decimated by the same pandemic that’s played havoc with the U.S. economy.

However, as CNN pointed out, there’s also “a perception of relaxed enforcement by the Biden administration.”

One area in which the Biden administration is relaxing enforcement, alas, is in social distancing. On Friday, according to CNN, the administration said that detention facilities could open back up to pre-pandemic levels of occupancy, citing “extraordinary circumstances.” This risks transmission of COVID-19, of course — after all, these facilities are essentially jail-like in nature — but the crush at the border is significant enough that the administration feels it’s worth the risk, apparently.

But then, for Biden and his backers, this was always worth the risk. The Biden administration has made it clear it’s going to be doing, if not a U-turn from former President Donald Trump’s immigration policies, at least a sharp left turn.

An immigration bill with amnesty attached was going to be one of the administration’s first priorities. Refugees and asylum-seekers would be approved in greater numbers from Central America. And then, apparently, the Biden White House realized there were real-world logistical consequences to these promises and — if they could even be met in the future — they certainly weren’t going to be met on day one, or anywhere near day one.

The latest plan, The Washington Post reported Friday, is for the Department of Homeland Security to “convert its immigrant family detention centers in South Texas into Ellis Island-style rapid-processing hubs that will screen migrant parents and children with a goal of releasing them into the United States within 72 hours.”

The article cited an email from Richard Hott, a senior official with Immigration and Customs Enforcement, who wrote that the number of families and unaccompanied minors attempting to migrate to the United States in 2021 “are expected to be the highest numbers observed in over 20 years.” Even a rapid processing procedure of 72 hours “may not be sufficient to keep pace with apprehensions,” he wrote.

Thus, welcome to the return of “kids in cages,” that all-purpose euphemism for minors being kept in detention facilities. It’s back — and all thanks to the guy I bet a lot of angry liberal voters thought was going to ensure we never had to hear it again.