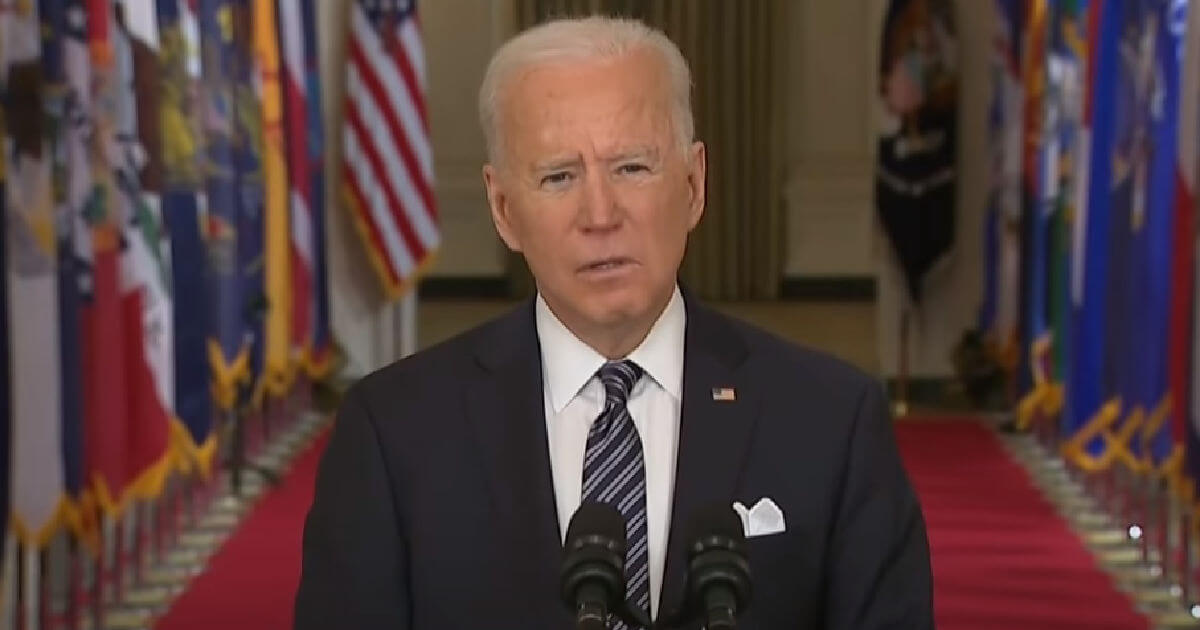 When a group of Republican state attorneys general read the 600-plus pages of the Democrats’ $1.9 trillion American Rescue Plan, they were not happy, especially when they saw a provision buried deep in the text of the legislation that bars states from using the money to reduce taxes.

According to the law, states that do not use the money in the way the Biden administration wants have to pay it back.

“This language could be read to deny states the ability to cut taxes in any manner whatsoever — even if they would have provided such tax relief with or without the prospect of Covid-19 relief funds,” a group of 21 attorneys general said in a letter Tuesday to Treasury Secretary Janet Yellen.

“Absent a more sensible interpretation from your department, this provision would amount to an unprecedented and unconstitutional intrusion on the separate sovereignty of the States through federal usurpation of essentially one half of the State’s fiscal ledgers,” they wrote, meaning a state’s ability to determine the level of revenue it needs.

Although Yellen has not yet replied, White House press secretary Jen Psaki said Monday that the Biden administration did not want the money used to cut taxes.

“Well, the original purpose of the state and local funding was to keep cops, firefighters, other essential employees at work and employed, and it wasn’t intended to cut taxes,” she said.

But the attorneys general say the provision in question could “strip States of their core sovereign authority to enact and implement basic tax policy.”

“Indeed, such federal usurpation of state tax policy would represent the greatest attempted invasion of state sovereignty by Congress in the history of our Republic,” they wrote in the letter to Yellen.

The attorneys general note that the language is “unclear, but potentially breathtaking.”

“This provision might have been intended merely to prohibit States from expressly taking COVID-19 relief funds and rolling them directly into a tax cut of a similar amount. But its prohibition on ‘indirectly’ offsetting reductions in tax revenue, combined with the list of prohibited kinds of tax reductions (rate cuts, rebates, deductions, credits, or ‘otherwise’), could also be read to prohibit tax cuts or relief of any stripe, even if wholly unrelated to and independent of the availability of relief funds,” the letter said, noting that many states that will accept relief funds also are in the process of reducing taxes in some form.

The letter makes it clear that the federal government should not be ordering states on fiscal issues.

“Put aside the gross federal overreach inherent in trying to take state tax policy hostage in this way. If this expansive view of this provision were adopted, it would represent an unprecedented and unconstitutional infringement on the separate sovereignty of the States,” the letter said.

Yellen Letter by The Western Journal

The letter said state officials know better than Washington Democrats how their states can best recover from the economic impacts of the pandemic.

“It is one thing to require that coronavirus-stimulus-related money be spent on coronavirus-related stimulus. It is quite another, and beyond Congress’s Spending Power, to forbid States from providing tax relief of any kind, for any reason, merely to ensure that federal funds are spent for their intended purpose,” the attorney generals wrote.

Do you think the Biden administration will overreach on state’s rights?

The letter tried to outline the ripple effects of states being forced to dance to Washington’s tune.

“For example, if citizens wish to lower their overall tax burden in the next two election cycles, they cannot elect a candidate for state office that could actually carry out such a policy,” it said.

“Similarly, elected officials who wish to spend more public funds would now have a ready excuse for why state surpluses cannot be used to cut taxes: Congress forbids that, so we ‘have’ to spend it instead.

“Such a system would eliminate the democratic accountability that federalism serves to protect.”

The attorneys general wrote that the American system would be undercut if this provision were allowed to stand, saying, “Congress cannot force States to pursue certain tax policies at the state level.”

“Congress may not micromanage a State’s fiscal policies in violation of anti-commandeering principles nor coerce a State into forfeiting one of its core constitutional functions in exchange for a large check from the federal government,” the letter said.

The letter asks for a reply by March 23 or “we will take appropriate additional action to ensure that our States have the clarity and assurance necessary to provide for our citizens’ welfare through enacting and implementing sensible tax policies, including tax relief.”