Rocket Attack On U.S. Troops In Iraq After Biden’s Airstrike On Syria 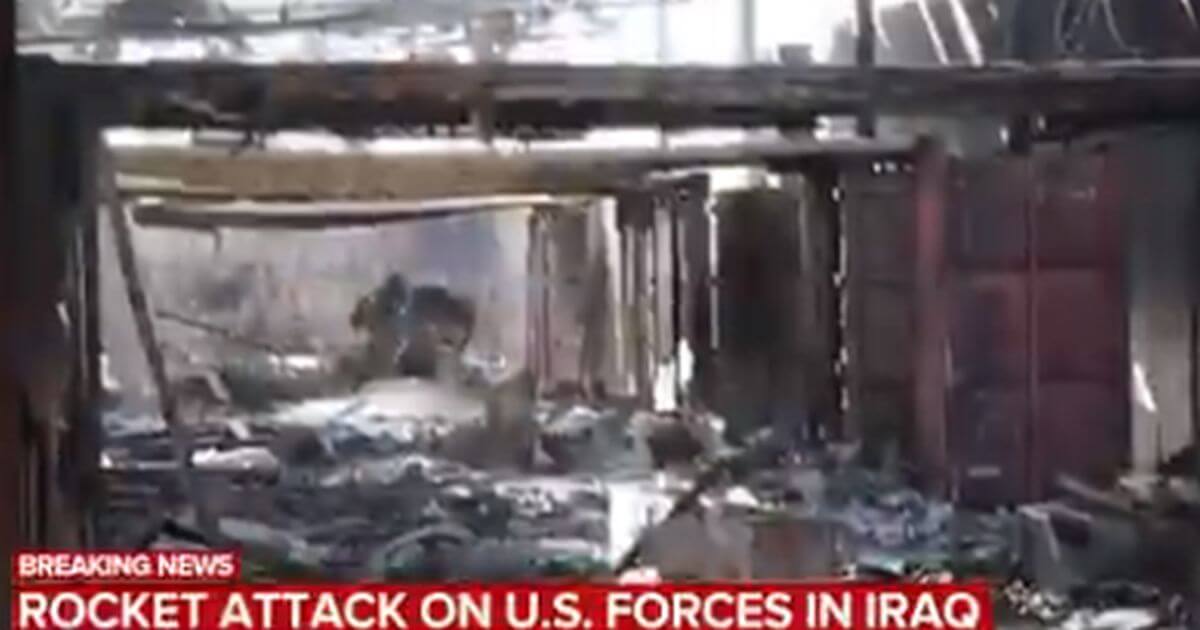 U.S. Forces in northern Iraq came under a rocket attack on Monday night. At least ten rockets struck outside Ain Al-Assad Air Base near where U.S. Forces are based. The attack killed a U.S. contractor and wounded eight others. Officials have fears that the attack means an increase in hostilities towards U.S. troops in the region.

A Shiite militant group, the Guardians of Blood Brigade, took responsibility for what they claimed was a 24 rocket attack against American installations in Iraq. The SITE intelligence group reported the militants’ claim: “The American occupation will not be safe from our strikes in any inch of the homeland, even in Kurdistan, where we promise we will carry out other qualitative operations.”

Less than a week after U.S. airstrikes in Syria, at least 10 rockets have been fired on U.S. troops at a military base in Iraq. @BillNeelyNBC reports. pic.twitter.com/EVI8DICI83

Biden’s Secretary of State Antony Blinken said in a statement, “We express our condolences to the loved ones of the civilian contractor killed in this attack, and to the innocent Iraqi people and their families who are suffering these ruthless acts of violence.”

Notice there was no mention of the U.S. troops in harm’s way.

President Trump famously said the death of a U.S. contractor would be his “red line” and promised swift and decisive action toward Iraq. After a U.S. contractor was killed in 2019 in retaliation for the killing of terrorist mastermind Qassem Soleimani – remember the liberals cried that Trump’s getting us into WWIII – President Trump held a hard line. After some tense moments in the region, Iraq backed down.

This marks the first attack since Biden instructed U.S. troops to strike Iran-backed militia troops along the Iraq-Syria border. Conservatives warned that Biden’s Syrian airstrike would cause retaliation against our troops stationed in the Middle East.

Could you imagine being the person that believed Biden would take care of our troops better than President Trump did? Biden and his cronies see our soldiers as the fictional green army men we played with as a child. The Biden administration will move these army men using their bodies as shields to plunder the world and reap the benefits.

I assume CNN will label this as a “mostly peaceful” rocket attack to give the Biden administration cover. Don’t worry, guys; we are back into the endless war game. China and the military-industrial complex thank you for your generous donation, Joe.

Before the rocket attack, President Trump preached about the necessity to bring all the troops home from the Middle East. Today, U.S. troops are still in harm’s way, and for what? So Washington D.C. can get richer?