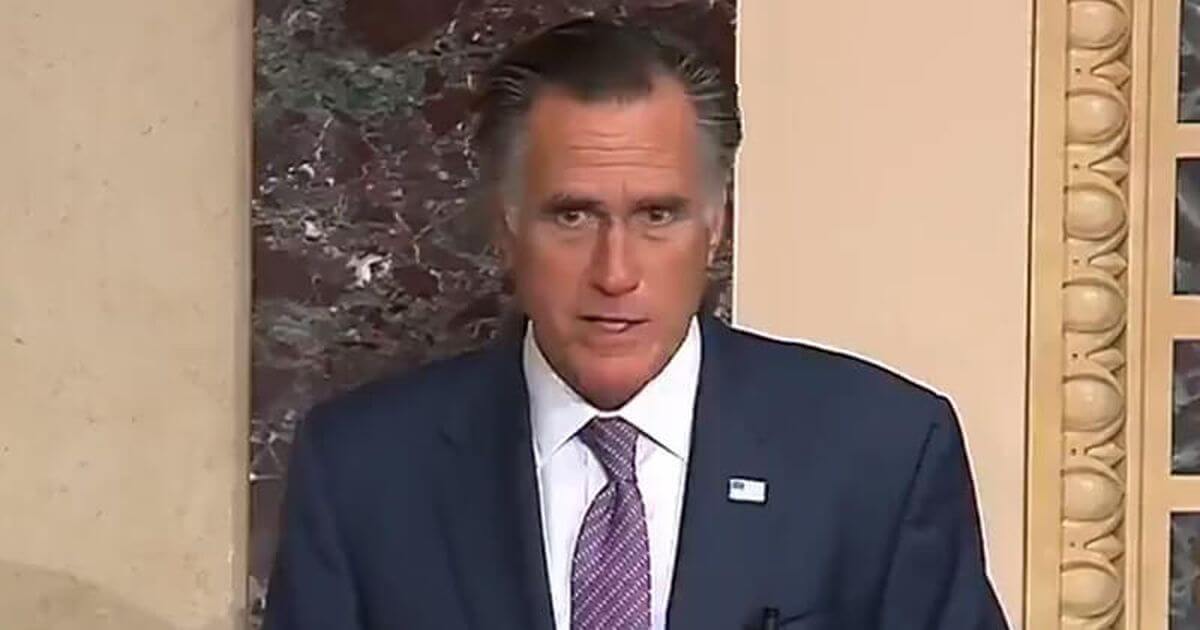 If any member of the Republican Party can be trusted to abandon his personal convictions under the guise of appearing “principled,” it’s Utah Sen. Mitt Romney.

On Thursday, Romney fully asserted his RINO status by proving his opposition to Trump’s stimulus plan was nothing but a farce, fueled by personal grievances and political posturing.

Back in December, Romney rejected Trump’s plan for $2,000 stimulus checks, complaining that “the additional borrowing would be up to almost $500 billion.”

“Someone’s got to pay for that. We can’t just have free money,” Romney said at the time.

After President Joe Biden was sworn in, however, Romney’s hesitations about spending mysteriously faded away.

On Thursday, the Utah senator is expected to introduce an amendment to the Democrats’ $1.9 trillion stimulus proposal adding even more spending, according to The Washington Post.

Although Romney reportedly seeks to pay for the plan by eliminating certain federal tax credits and one welfare program, The Post noted such measures will only pay for his proposal “in part.”

Clearly, Romney’s not worried about who’s “got to pay for that.”

His duplicity should come as no surprise, considering the fact that, at this point, the senator is essentially a Democrat.

According to a Deseret News/Hinckley Institute of Politics poll, which surveyed 1,000 registered voters in Utah from Jan. 12 through Jan. 15, support for the senator is mostly Democratic in his own state.

The poll showed 64 percent of Republicans disapprove of Romney’s job performance and half of those strongly disapprove.

Conversely, a whopping 84 percent of Democratic voters in Utah support the job he’s doing. The poll’s margin of error was +/- 3.1 percentage points.

At this point, Republicans should just trade Romney to the Democrats.

Maybe the GOP could get West Virginia Sen. Joe Manchin in return. He would certainly be a marked improvement.

He simply didn’t want to work with Donald Trump.