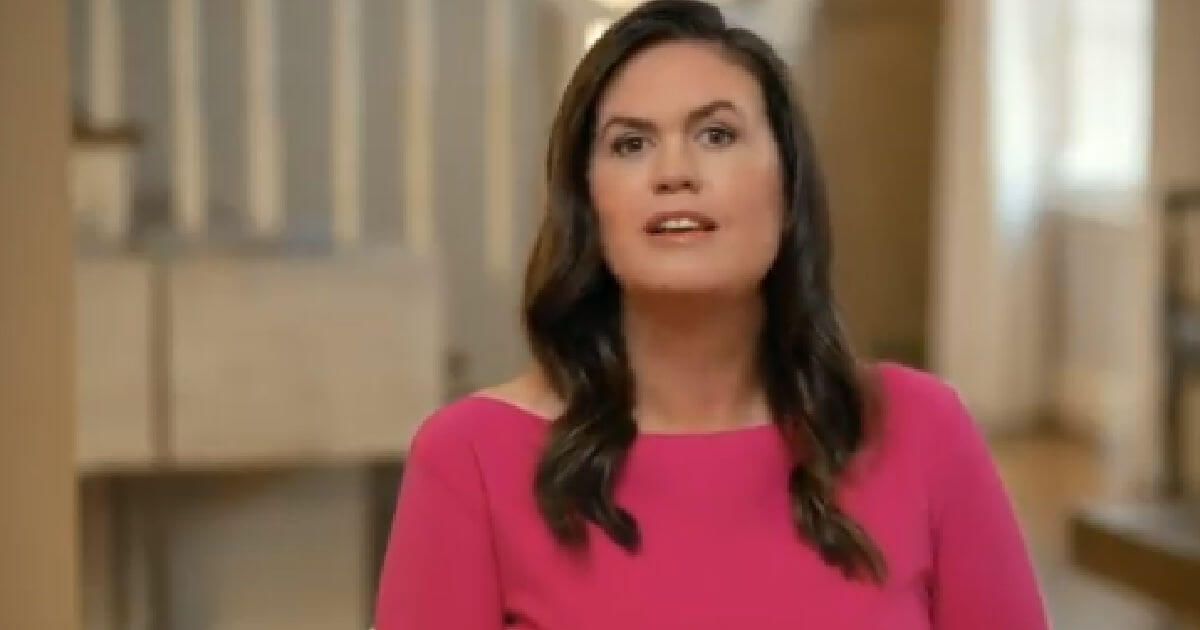 According to the Washington Examiner, a number of high-profile Republicans in the state had already launched campaigns or indicated their interest, but that all began to rapidly unwind when Sanders made her announcement last month.

Lt. Gov. Tim Griffin was seen as one of the leading Republican nominees for the gubernatorial run, but on Monday it was reported that he dropped out, presumably realizing that he doesn’t stand a chance against Sanders, given her popularity, experience and family history of running the state.

To show just how intimidating Sanders’ entrance into the race is, Griffin threw in the towel after launching his campaign to run for governor as early as last year. In other words, after planning for nearly a year to make a run for the coveted position, as soon as Sanders jumped in the race, Griffin pivoted and will now chase a different office.

“While I believe Arkansans are ready for my message of bold, conservative leadership, my conversations with friends and supporters have persuaded me that at this time, I can do more for Arkansas in a different capacity,” Griffin said in a statement. “Today, I am announcing my campaign for attorney general of Arkansas.”

While Sanders doesn’t have the state-level political experience that Griffin or other Republican hopefuls in the state have, she has something that’s exponentially more valuable — the endorsement of former President Donald Trump.

Upon leaving her post as White House press secretary, Trump at the time had nothing but high praise for Sanders, even suggesting at the time that she make a future run for office.

Thank you President Trump for your endorsement and for always believing in me. As governor I will defend our freedom and lead with heart pic.twitter.com/QFtyuNpSm1

Even more impressive is that Sanders didn’t lean on her father’s popularity when she made the official campaign announcement. She certainly could have and nobody would have thought any different of her, but it just proves that Sanders can stand on her own reputation.

But make no mistake — Arkansas residents not only loved Trump, but they loved former Gov. Mike Huckabee just as much, if not more. If we’re all being completely honest, Sanders is nothing less than a shoo-in for the job and personally, I can’t wait to see her and her family move into the governor’s mansion next year.

It Will Be A Disaster with Huge Unemployment and Deficit Increases