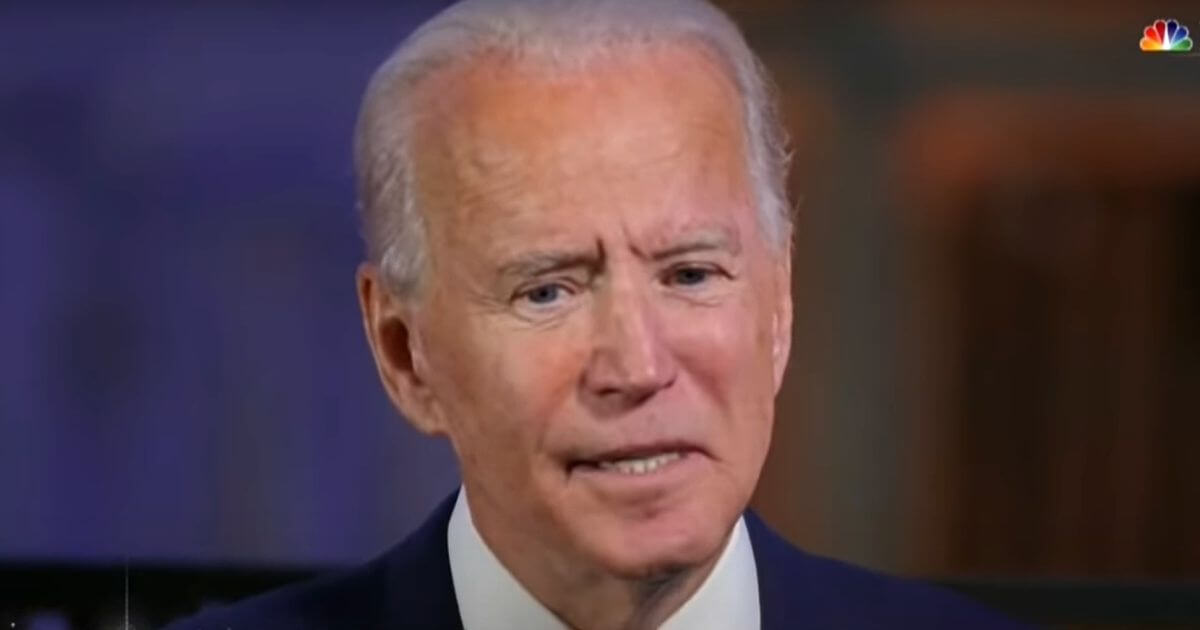 It stems from the reasoning the Supreme Court employed last June to block former President Donald Trump from ending the Deferred Action for Childhood Arrivals program.

In the majority opinion, Chief Justice John Roberts wrote that the Trump administration had failed to properly account for the “reliance interests” of DACA recipients, and that “consideration must be undertaken by the agency in the first instance, subject to normal [Administrative Procedure Act] review.”

The APA requires executive departments to enact their policies in a reasonable manner, including the consideration of those who relied upon and made decisions based on the existence of the program.

“DACA recipients have ‘enrolled in degree programs, embarked on careers, started businesses, purchased homes, and even married and had children, all in reliance’ on the DACA program,” Roberts recounted, citing the pro-DACA attorneys’ argument.

He concluded that there were “doubts” as to whether DHS exercised its discretion in a “reasonable manner.”

As was true with DACA, Biden’s decision on the first day of his presidency to revoke the cross-border permit between Canada and the U.S. for the Keystone XL Pipeline will have a real-world impact on the lives of thousands of people who relied on the project going forward.

“More than $2.2 billion in wages would have been paid under a Project Labor Agreement with four unions. Instead, the president just put a lot of people out of work at a time when American jobs are needed most.”

“There’s hundreds of guys that got laid off”

“It’s going to hurt a lot of people”

In less than a week, the Biden Administration is destroying livelihoods. pic.twitter.com/RKFsAx1wtc

According to North American Oil and Gas Pipelines, 300 miles of the 1,200-mile project have already been constructed.

When completed, the “Keystone XL would have transported more than 800,000 barrels of oil a day from Alberta, Canada to the Texas Gulf Coast,” the outlet reported.

Joe Miller, who served as a lead attorney in litigation before the Alaska Supreme Court involving the Trans-Alaska Pipeline, said the Alberta, Canada-based TC Energy, which was overseeing the Keystone XL construction, has a strong cause of action against the U.S. government under the “reliance” legal doctrine. (Disclosure: This reporter served as Joe Miller’s press secretary when he ran for political office in Alaska in 2010, 2014 and 2016.)

“Large oil companies carry enormous planning and regulatory costs, many of which are incurred only after state and federal approvals, but before construction actually commences,” Miller said in a statement to The Western Journal.

In a Jan. 20 news release, TC Energy said it was “disappointed” with Biden’s move.

“TC Energy will review the decision, assess its implications, and consider its options. However, as a result of the expected revocation of the Presidential Permit, advancement of the project will be suspended,” the company said.

“This is a gut punch for the Canadian and Alberta economies. Sadly it is an insult directed at the United States’ most important ally and trading partner,” Kenney told a news conference.

“It is very — it’s very frustrating that one of the first acts of a new president was I think, to disrespect one of America’s closest friends and allies,” he said.

“There was a permit, legally approved [for the Keystone XL Pipeline]. Investments were made on that basis,” Kenney added.

GianCarlo Canaparo, a legal fellow with The Heritage Foundation, told The Daily Signal the parallels between former President Barack Obama’s DACA program creating reliance interests that needed to be addressed and Trump’s decision to green-light the Keystone XL Pipeline are clear.

“Those rights were snatched away and the Biden administration did not consider the reliance interests of TC Energy, the Canadian government, or Alberta,” he said.

“The administration also did not provide a stated purpose for the decision. You could say it was to reduce carbon emissions. But the oil will still be transported by train or truck,” Canaparo added.

The Financial Post reported TC Energy could also launch a Chapter 11 complaint under the old North American Free Trade Agreement. The provision has been grandfathered into the new United States-Mexico-Canada Agreement until 2023.

“Nothing is ever done in American law. TC Energy has been at this long enough that they should know that,” said Mark Warner, an international trade lawyer based in Toronto.

“They could file a complaint under the old Chapter 11 and make a case that this was arbitrary and a denial of due process.”

The Post noted, “TC Energy tried both a Chapter 11 challenge and a federal lawsuit the last time the pipeline was blocked in 2016, but both suits were dropped when Trump permitted the pipeline.”

'Be Careful What You Wish For'