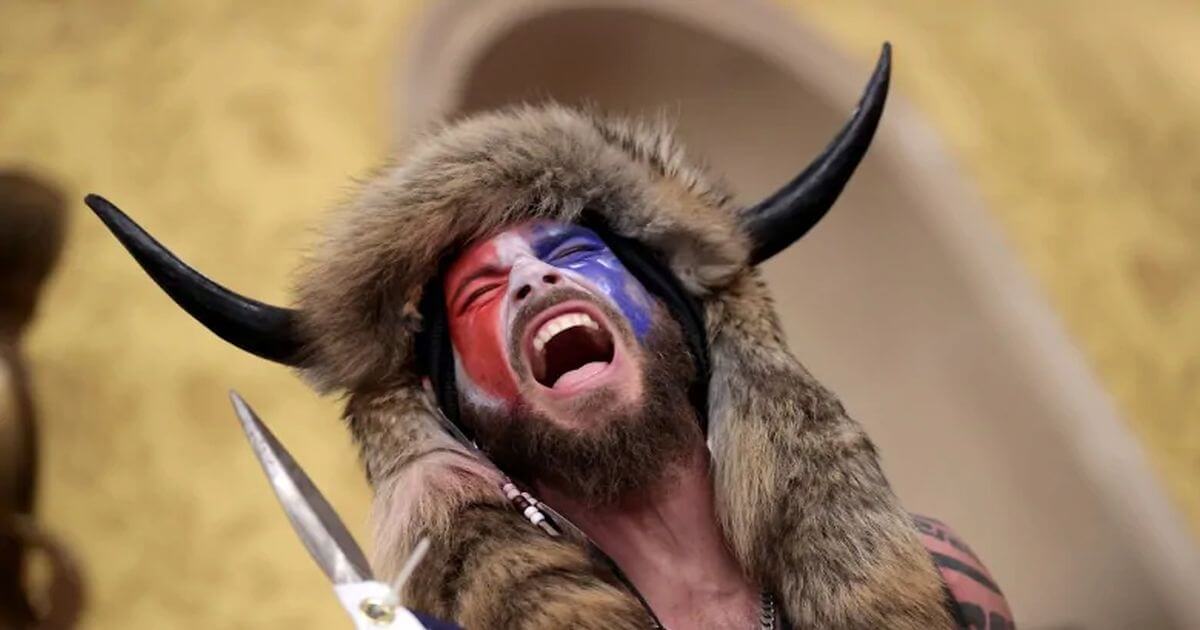 A Capitol rioter who calls himself the “QAnon Shaman” and became a focal point for images from the Capitol incursion that show him shirtless with face paint and a horned furry hat now wants to sound off at former President Donald Trump’s Senate impeachment trial.

Albert Watkins, the attorney for “shaman” Jacob Chansley, told The Associated Press he hasn’t spoken to any member of the Senate. Still, according to the AP, he “is offering to have his client” testify at the trial, which is scheduled to begin Feb. 9.

Watkins said Chansley was “horrendously smitten” by Trump but is irked he did not get a presidential pardon.

“He felt like he was betrayed by the president,” Watkins said.

Chansley, an Arizona resident, claims he came to Washington “at the request of the president that all ‘patriots’ come to D.C. on January 6,” according to court records cited by the AP.

Chansley is facing charges of “civil disorder, obstruction of an official proceeding, disorderly conduct in a restricted building, demonstrating in a Capitol building and other counts,” the AP reported.

“I cannot think of a better way to turn the upcoming impeachment trial into a complete circus than to call the QAnon Shaman as a witness on anything,” Graham tweeted.

I cannot think of a better way to turn the upcoming impeachment trial into a complete circus than to call the QAnon Shaman as a witness on anything.
https://t.co/0CJ1PfuvlA

Graham also shared a comment in a more sober vein.

“The House impeached President Trump without a witness. If we open the witness door in the Senate there will be lots of witnesses requested on a variety of topics. And the trial will go for months, not days,” he tweeted.

The House impeached President Trump without a witness.

If we open the witness door in the Senate there will be lots of witnesses requested on a variety of topics. And the trial will go for months, not days.

“I’d like to get this trial over sooner rather than later,” Graham said on Fox News’ “Hannity” last week. “To my Democratic colleagues, if you try to call one witness, you’re going to blow up the United States Senate. Don’t do that.”

Graham said Democrats should get the “travesty over with,” noting that Trump has left office and that the House rammed through its article of impeachment in record time.

“The president of the United States was impeached in 50 hours without one witness being called and he didn’t have a lawyer,” Graham said, according to Fox. “We need to make sure this thing never goes anywhere … because I don’t want to legitimize the impeachment process used in the House. I think it’s a danger to democracy and the presidency itself,” he said.

Graham said a parade of witnesses will lead to paralysis.

“If there’s an effort by the Democrats to call a single witness in the United States Senate, they had no record in the House, there will be delay of this trial, there will be a Pandora’s box being opened. We will want witnesses and this thing will go on for weeks if not months,” Graham said, according to Newsweek.

“So I’m hoping that we have a trial based on a stipulation of fact, not witnesses, and we get this behind us in about three days after we begin,” he said.

After Creating an Unprecedented Pandemic of Violence, Lawlessness in America in 2020, Democrats Aim for Your Guns, "A Top Priority"