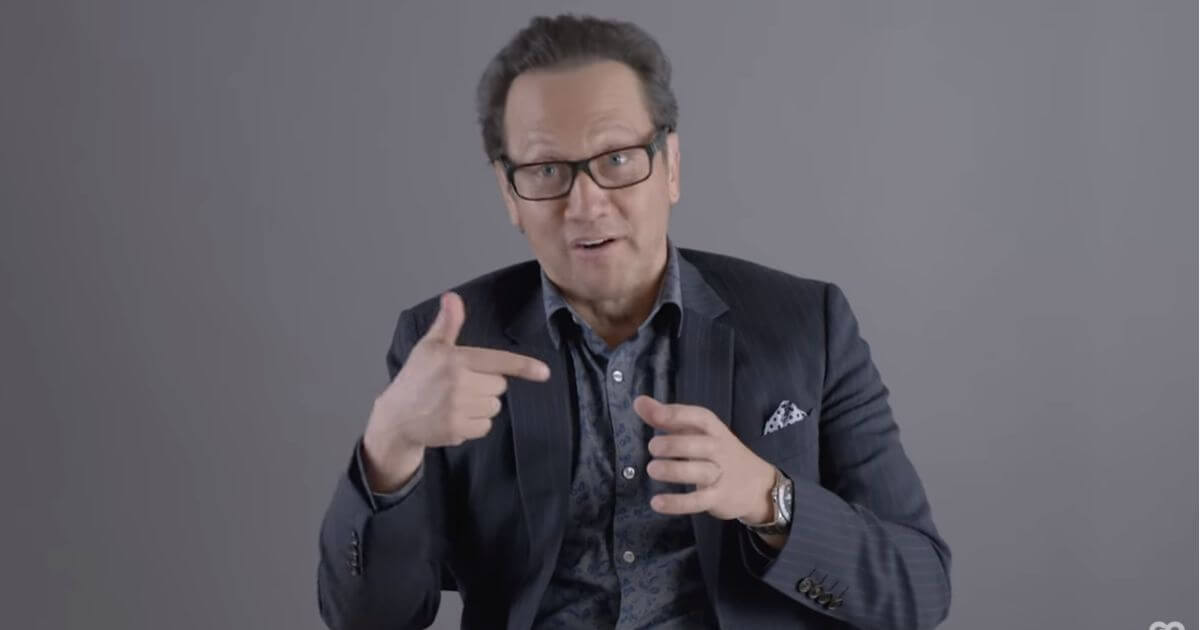 Fox News reports that famous actor and ‘SNL Alum’ Rob Schneider, who “has been outspoken about California’s coronavirus guidelines in the past,” is shaming California public schools for the new safety measures deployed to get kids “safely” back into the classroom.

The report stated that “Rob Schneider is worried about the state of public schools in America as they take steps to educate kids safely amid the coronavirus pandemic.” In Democrat-led states where teachers’ unions control education – rather than parents and the educator – most public schools are still on an entirely virtual basis.

“I feel a little dispirited,” says Jake Tapper about the chance of schools reopening under Biden. “I don’t know if the schools are ever going to open until everybody’s vaccinated.”

California is one of the states that – not surprisingly – has done a terrible job putting students first when preparing to reopen schools.  It is almost as if they are blind to the fact that Republican-led states have been open since the beginning of the year.

In fact, the GOP Twitter account claimed today that “top pediatricians told NBC News that they back reopening schools ‘without a hesitation.” The account tweeted that “the growing scientific consensus says that children should return to school. But the Biden Administration is choosing to back seemingly indefinite school closures and side with special interest groups.”

Actor Rob Schneider – who lives in California – reacted to a video in a tweet showing how students would be welcomed back into California classrooms.

We are witnessing a new kind of child abuse: bought and paid for with YOUR tax dollars.
The collapse of public schools who follow this example will surely follow.
History will not look back at this kindly. https://t.co/JUGNc1fDzn

Do you think all schools should be reopened?

In response to the video, Schneider wrote: “We are witnessing a new kind of child abuse: bought and paid for with YOUR tax dollars. The collapse of public schools that follow this example will surely follow. History will not look back at this kindly.” In the video, you can hear the elementary teacher, Teresa Holmes, describe the insanity of the new classroom set-up.

She says, “this is the middle seat of the back row of my classroom. This is their view of the board… So, I’m just wondering when we ordered this $5 million worth of plexiglass, did we have a classroom of 28 desks set up to where the school board members could sit in them and see what this was really going to be like?”

We know the answer to Ms. Holmes’ question. The answer is an obvious no. You couldn’t possibly see this realized and vote that this is an appropriate environment for elementary students to learn.

Our children are falling behind. They are fighting teachers’ unions and bad teachers pushing policies that make learning impossible. Our students suffer from depression, hunger, and abuse, yet we charge them with combating racism and learning remotely. The decision to make school impossible to open isn’t based on science; it’s politics.

A 12-year-old boy killed himself in Texas last week due to the effects of prolonged isolation. Tell me how his life is less important than the 100-year-old that had their chance to live a full life? You can’t possibly make that case. Open the schools to save our children.

Philippines Want More Than 'Loose Change' for US Troops Deal

NC Sen Richard Burr May Get Censured on Way Out; Lara Trump Frontrunner to Replace