South Carolina May Have Just Given Us What We Need to Finally Take Down Roe v. Wade 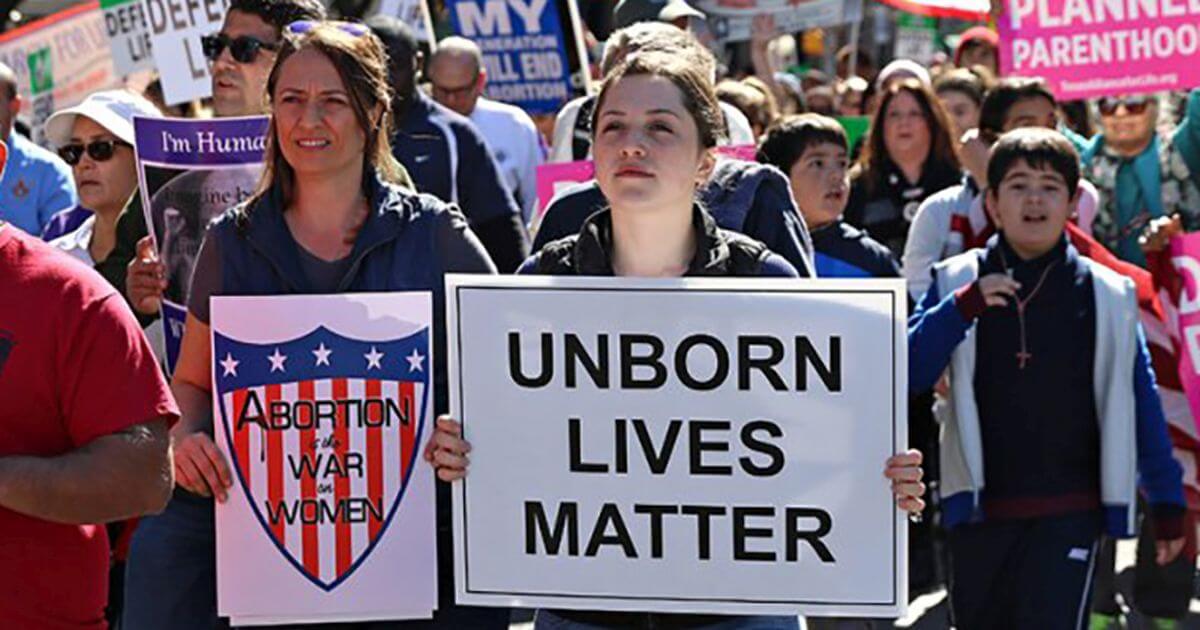 This dithering judge initially imposed a temporary restraining order on Feb. 19. She then extended it last week to March 19. And now this week, she says she will decide shortly, offering the excuse that she must first decide whether Gov. Henry McMaster and state House Speaker Jay Lewis should be allowed to intervene in the case.

Such judicial reluctance is curious given that the judge is supposed to be responding to an “emergency” lawsuit brought by abortion industry giant Planned Parenthood in its complaint for declaratory and injunctive relief.

Perhaps her reluctance can be explained by the ease with which the governor and the House speaker would be able to dismiss the handful of illogical arguments sloppily improvised in Planned Parenthood’s complaint?

Which way the Obama-appointed Lewis is leaning was made all too clear in Monday’s hearing. She doubted that the state’s interest could ever outweigh a woman’s constitutional right to an abortion: “The state could never have an interest that would outweigh that,” she asserted.

And so she must fudge a “yes” to the perennial question of whether the Constitution actually forbids states from enacting protection laws against abortion.

This was the very question that Roe v. Wade considered back in 1973 but never answered.

The Supreme Court was asked to decide “the constitutionality of the Texas criminal abortion laws, which proscribe procuring or attempting an abortion except on medical advice for the purpose of saving the mother’s life.”

In this week’s complaint, the plaintiffs seek declaratory and injunctive relief from the new law “to safeguard themselves, their patients, and physicians and other staff.” But there is no mention of any safeguards for the smaller patients being aborted.

Fetal surgeons every day continue to prove there are two patients in every pregnancy — the pregnant mother and her child. Surely the lives of the smaller patients should be safeguarded too?

Planned Parenthood argues that the South Carolina protection laws against aborting these smaller patients should be halted because abortion is “very common.” But sexual violence is very common too. Slavery was very common.

Sustained longevity of a debasing practice like sexual violence, slavery or abortion cannot remake it into a just and honorable practice that can be legitimized under an alleged constitutional right to “privacy.”

Amid the tortured language padding Planned Parenthood’s complaint is this pretentious gem of virtue signaling:

“Plaintiffs use ‘woman’ or ‘women’ as a short-hand for people who are or may become pregnant, but people of all gender identities, including transgender men and gender-diverse individuals, may also become pregnant and seek abortion services, and would thus also suffer irreparable harm under [the act].”

But what Planned Parenthood lawyers will never admit is that a far worse harm — a deadly “irreparable harm” — is suffered by every tiny utterly innocent victim targeted for the organization’s “abortion services.”

What Planned Parenthood will never admit is that under the rule of law, equal protection of innocent human lives is paramount. Every child with a heartbeat flourishing in utero is utterly innocent of any capital offense.

There can be nothing in the Constitution that forbids states to uphold laws that protect these smallest innocents from summary execution for just being alive in their mothers’ wombs.

The Courts Must Answer the Original Question in Roe

For fifty years now the courts have evaded the basic question first posed in Roe.

The Supreme Court was required specifically to decide whether the Constitution forbids the states from upholding a law protecting children from elective abortions while in their mothers’ wombs.

Instead, Roe’s author, Justice Harry Blackmun, invented an alternative question, his own question related to privacy (not mentioned in the Constitution). His concocted answer pretended to justify removing the constitutional duty of all states including Texas to protect innocent human beings from intentional lethal harm.

To this day, Roe remains an infamous decision. The intrepid Judge Robert Bork minced no words in calling out Roe’s illegitimacy:

“[I]n just over fifty-one pages it contains no shred of legal reasoning (or logic of any description), but simply announces that the right of privacy is sufficiently capacious to encompass a woman’s right to an abortion.”

The court cheated: It circumvented the question it was asked.

Does the Constitution prohibit the states from enacting laws that protect what the Founders called “the infant in the mother’s womb” from being deliberately killed by abortionists?

The clear answer is no.

This clarity is supplied in the Constitution’s 10th Amendment:

“The powers not delegated to the United States by the Constitution, nor prohibited by it to the States, are reserved to the States respectively, or to the people.”

Yet in violation of the 10th Amendment, the Supreme Court in Roe counterfeited a new power, nowhere in the Constitution, a power to prohibit states’ laws protecting children targeted for abortion.

Under the guise of a “right” to privacy, the court improperly tried to force the states to remove protections for unborn children “chosen” for “safe” killing in abortion clinics.

This was always a phony power because it was a power not delegated to the United States by the Constitution nor prohibited by it to the states.

Law professor Robert Destro nailed this Supreme Court evasion way back in 1975 in his California Law Review article “Abortion and the Constitution: The Need for a Life Protective Amendment”:

“The basic issue in the abortion cases was not whether a woman has a right to terminate her pregnancy, but rather, whether or not the Constitution forbids the protection of her unborn offspring. The Court did not discuss the issue.”

Regrettably, some fifty years later, Planned Parenthood, too, does not discuss the issue.

In its “emergency lawsuit” to halt the Fetal Heartbeat and Protection from Abortion Act, Planned Parenthood carefully skirts the states’ most foundational constitutional duty to protect the right to life of every human being created. This “unalienable” right was established in the Declaration of Independence as “endowed by [the] Creator.”

No legal scholar of intellectual integrity can ever find any caveats in the Constitution that would disqualify or dehumanize or “depersonalize” an unborn child in her or his mother’s womb. Roe simply invented new discriminatory grounds of size or age or “viability” that would ostensibly justify the killing of selected offspring.

Nor can there be justification in the Constitution for the inanity of Roe’s claim that the unborn should be derecognized in the law because they are not considered “persons in the whole sense.”

But it forgets that Roe itself is in flagrant violation of one of the oldest precedents of all in the Constitution — that “the words ‘any person or persons’ are broad enough ‘to comprehend every human being.’”

This 200-year-old precedent was established once and for all by Chief Justice John Marshall in United States v. Palmer (1818).

The incontrovertible truth is that children targeted for abortion are human beings.

State laws protecting their right to life are constitutional.

Roe’s denial must be corrected by the courts.

History is stuffed with “decades of settled precedent” under which the most appalling injustices were facilitated and judicially perpetuated.

Nearly five decades of a wrongly “settled” precedent has no power to turn a wrong into a right.

"It's a case of history repeating itself"...True Journalist Sheryl Attkisson on the Media War Against Trump's Reelection in 2020