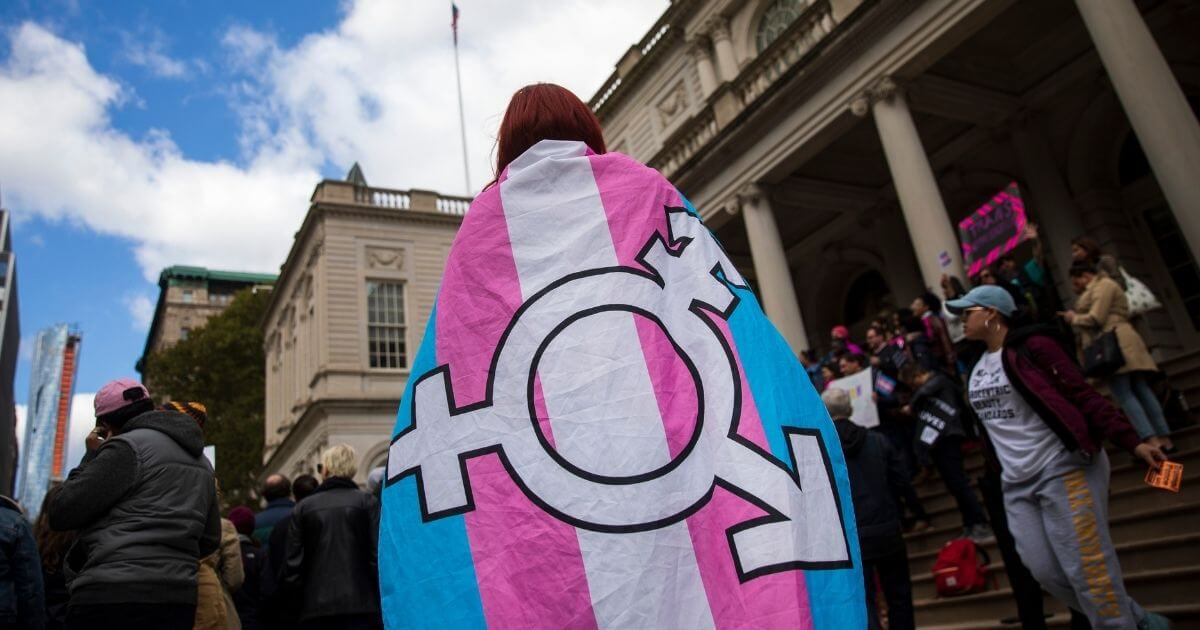 South Dakota Governor Kristi Noem announced via Twitter yesterday that she will sign a bill into law that would ban biological males from participating in women’s sports. The Women’s Fairness In Sports bill passed the Senate and House. It took less than 24 hours before Gov. Noem responded to the bill’s passing, saying, “In South Dakota, we’re celebrating #internationalWomen’sDay by defending women’s sports! I’m excited to sign this bill very soon.”

The bill would require athletes to play on the team of their biological gender, not the gender of their choosing. § 13-67-1 of the bill states, “Any athletic team or sport that is sponsored by a public school, a school district, an association meeting the requirements of § 13-36-4, or an institution of higher education under the control of the Board of Regents or the South Dakota Board of Technical Education must be expressly designated as being:

A team or sport designated as being female is available only to participants who are female, based on their biological sex.”

The bill protects schools from possible complaints or lawsuits, saying, “A government entity, licensing or accrediting organization, or athletic association or organization may not entertain a complaint, open an investigation, or take any adverse action against a school, a school district, or an institution of higher education or against any person employed by or a governing board member of, such a school, school district, or institution, for maintaining athletic teams or sports in accordance with §13-67-1 .”

Cue the liberal elites that never played a sport a day in their life, explaining to women that it’s bigoted not to allow men to compete against them.

The Senate Bill 1217 passed by a 20-15 vote, reports KOTA. The report says that the ACLU testified against the passing of the bill saying “in an attempt to ‘level the playing field,’ House Bill 1217 excludes an entire group of women and girls from meaningful participation in sports.”

The ACLU claims that the bill “isn’t about protecting fairness in women’s sports,” but rather “it’s about creating solutions to problems that don’t exist and, in the process, harming some of the most vulnerable people in our state.”

I have a unique perspective on the topic as a woman who played four different sports on the varsity level in high school and played volleyball in college; I am the mother to four young athletic girls who play organized sports and expect the same collegiate opportunities I had.

Women are weaker than men. No amount of social justice curriculum can change the reality of our gender differences. Putting a man on the court with a woman is not a sign of equality but rather a sign of our failing moral courage. I grew up a product of the late 90s and early 2000s. Girls were raised to believe we had as many opportunities for college sports and college scholarships. We were the first generation with an equal opportunity.

It wasn’t lost on me that I was afforded the ability to play volleyball in college to a half-empty gym because the football and baseball teams regularly sold out their stadiums. They drew the crowds, and we benefited because they gave us a space to realize our dreams. It was on us to make it exciting and bring in the fans.

This is what my girls are up against. How is this equality? https://t.co/qHPO12oTRP

Now take our ability to realize our hard work and dedication and dilute it to the point where women compete with men for the athletic scholarships available. Who is going to win? You can see above what happened when two biological men competed against several female athletes in Connecticut; it wasn’t even close. The two male runners in the video won the race by a considerable margin. This is the rule, not the exception.

Their muscles and physically didn’t care at that moment that these two men believed God assigned them with the wrong gender. Their innate physicality took over, and they won. How are females supposed to train to compete against men when our bodies are not designed the same way?

Women, stop allowing liberal elites that never picked up a ball, much less stepped on a court, tell you it’s bigoted to want female-only sports to stay female only. We’ve fought hard for years to have equal opportunity, and bills like the Women’s Fairness In Sports bill go a long way to continuing that protection. Our daughters deserve a future.

‘Madam Speaker, Tear Down This Wall’