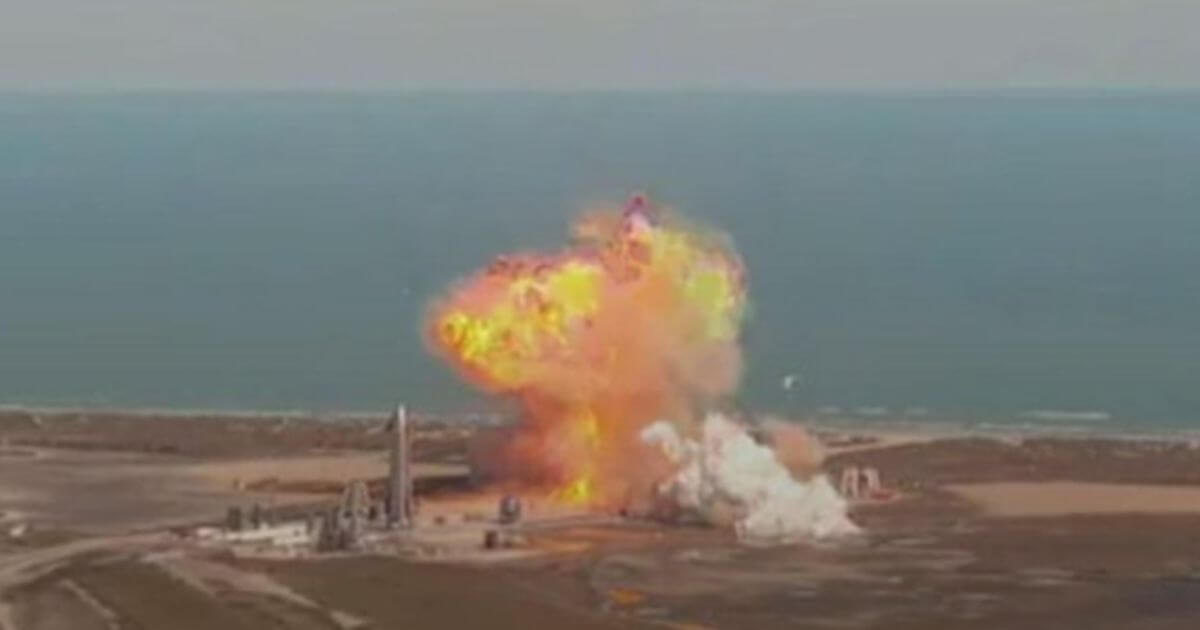 A SpaceX Starship prototype rocket exploded on landing after an otherwise successful high-altitude experimental launch from Boca Chica, Texas, on Tuesday, in a repeat of an accident that destroyed a previous test rocket.

The Starship SN9 that blew up on its final descent, like the SN8 before it, was a prototype for the heavy-lift rocket being developed by billionaire entrepreneur Elon Musk’s private space company to carry humans and 100 tons (90,718 kg) of cargo on future missions to the moon and Mars.

The self-guided, 16-story-tall rocket initially soared into the clear South Texas sky from its launch pad on what appeared from NASA-SpaceX livestream coverage to be a flawless liftoff.

Reaching the peak of its flight, the spacecraft then hovered momentarily in midair, shut off its engines and executed a planned “belly-flop” maneuver to descend nose-down under aerodynamic control back toward Earth.

The trouble appeared to come when the Starship, after flipping its nose upward again to begin a final landing sequence, tried to reignite its Raptor thrusters only to have one of them fail to work. The rocket fell rapidly to the ground in a ball of flames.

The complete Starship rocket, which will stand 394-feet (120 meters) tall when mated with its super-heavy first-stage booster, is the company’s next-generation fully reusable launch vehicle – the center of Musk’s ambitions to make human space travel more affordable and routine.

SpaceX’s early prototype for a rocket the company hopes will carry the first humans to Mars has exploded on landing at the launch pad, again https://t.co/Ej7IoZVtlo