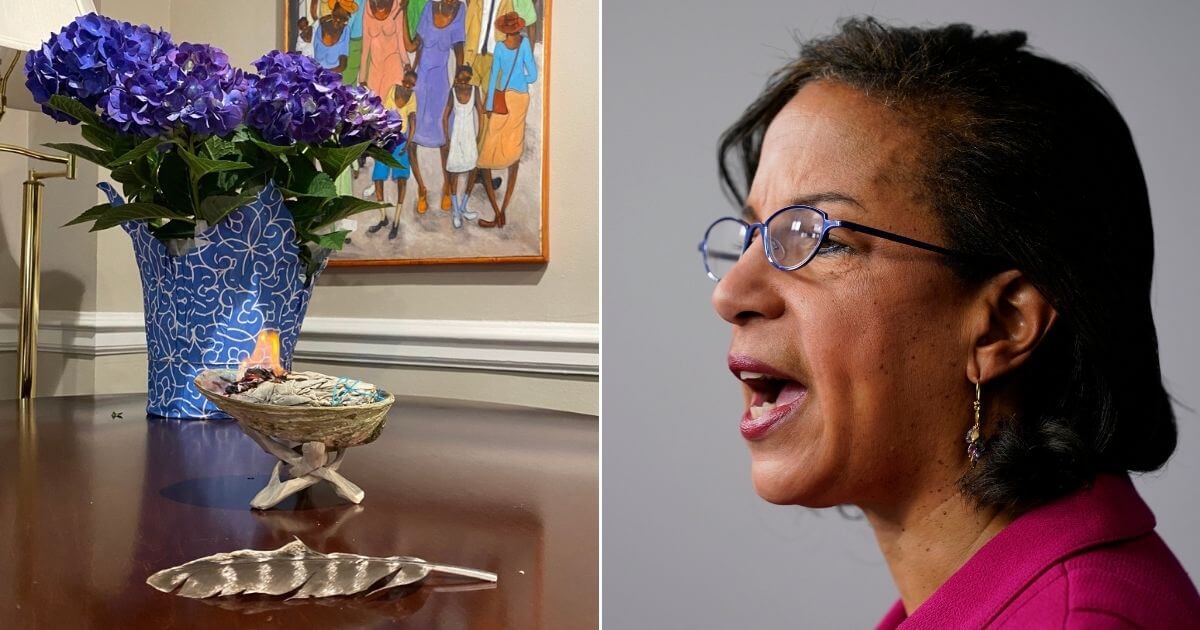 I was worried. Rice — former President Barack Obama’s national security adviser, best known for being the administration apparatchik who went on the Sunday morning chat shows in the immediate aftermath of the Benghazi attack to asseverate that we’d definitely, assuredly been targeted and lost four American lives because a Libyan mob was irate over a hack anti-Islam YouTube video — is now a domestic policy adviser to President Joe Biden.

That’d ordinarily be great news for her — however, given that Rice was likely the runner-up in last summer’s veepstakes, an unofficial role working on Biden’s domestic agenda is a political consolation prize that feels a bit like getting a year’s supply of Turtle Wax for finishing second on a game show.

According to a New York Times profile of Rice published Friday, “she is focused on an array of issues like health care, immigration and gun safety as well as instilling racial equity throughout the government.”

But what about all that negative energy? She’s treading the same hallways that Jared Kushner once did. Occupying the same office as Stephen Miller used to. In the same basic space that — shudder — Kayleigh McEnany used to inhabit.

How is she going to make a safe space for herself?

Some Caribbean art and Native American cleansing, of course.

“Aware of the symbolism of a Black woman who has been vilified by conservatives occupying the space where Mr. Trump’s most hard-line immigration adviser used to dictate policy, Ms. Rice has decorated it with Haitian art and scented it with sage.”

“From there, she now convenes regular Zoom meetings about topics central to Mr. Biden’s agenda — she hinted at actions to come on voting rights, community violence and gun safety — and she has reorganized the way the [Domestic Policy Council] works,” the report said.

So, in short, the burning sage — which can be part of a process known as “smudging” taken from Native American ritual — and the Haitian art make for great copy, but they haven’t given her any substantive accomplishments yet.

The effects of white sage take time, though, and it seems to be more about setting yourself up for success. That’s at the least the vibe I get from a 2016 interview with Colleen McCann, described by Vogue as (please try not to laugh) an “energy practitioner, a shaman who specializes in clearing energy at home, mainly inside of closets, a space she knows well after working for many years as a fashion stylist.”

Burning sage is a kind of (again, bite your tongue) “spiritual hygiene,” McCann said; she advises people to “[e]at, sleep, workout, and sage!”

“If you work with a lot of people, in a job where you’re interacting with various personalities a lot, shaking hands, traveling, then sageing off on a regular basis can help keep your energetic body in balance,” McCann said.

Do you think Biden will remain president all four years of his term?

It needs to be deployed strategically in high-traffic areas, though: “This is where people’s energy is gathering, so you want to diffuse the space,” she said.

First, I know this is a horrible thought to have, but it’s the first thing that sprang to mind upon reading this interview and I spent an inordinate amount of time trying to figure it out: McCann is (or at least was, at some point in the not-too-distant past) married to a “loving supportive husband.” I felt horrible for thinking even thinking about this in the first place, but there’s a positive takeaway here — there’s no greater proof that there’s someone for everyone than the fact there’s a human being willing to enter into matrimony with someone knowing they have to listen to this vapid shamanistic prattling on a daily basis, for better or for worse, in sickness and in health.

Second, you shouldn’t be doing any of this vapid shamanistic nonsense in the first place, because it’s apparently cultural appropriation.

“If you’re not a member of an Indigenous community, purchasing white sage, Palo Santo, or other sacred herbs and quickly Googling ‘how to smudge’ will not make you qualified to do so,” Abbey Stone wrote in a piece for Well+Good published last September. “This is cultural appropriation, and it’s harmful to Native communities.”

To be fair, this was being written because Well+Good itself culturally appropriated.

“Up until two weeks ago, if you were one of the thousands of people each month to search online for a smudging tutorial, you might have landed on a Well+Good article titled ‘How To Burn Sage in Your Home To Get Rid of Bad Vibes.’ However, after hearing from Native people about the harm inflicted by the article, we removed it from our website — this story you’re reading now was written to take its place,” Stone wrote.

Well+Good made it clear that people like Susan Rice were ignoring our white supremacist history.

“Native people have been violently oppressed in North America since the first European colonizers set foot on the continent in the 16th century, and in 1892, the ‘Rules for Indian Courts,’ written by the Commissioner of Indian Affairs, made it illegal (and punishable by prison sentence) for Native people in the United States to practice their religious ceremonies,” Stone wrote.

“It wasn’t until 1978 — less than 50 years ago — that the American Indian Religious Freedom Act (AIRFA) was passed, guaranteeing Native Americans the freedom and protection to ‘believe, express, and exercise [their] traditional religions.’”

So, is this a cleansing ritual, necessary to smoke the white supremacy out of the West Wing? Outrageous privileged appropriation?

No. It’s stupid. As my editor said when he ran across Susan Rice’s tweet, “This looks like something you’d see on a yoga studio’s Facebook page than from someone this high in our federal government.”

This is one of the most powerful women in Washington, a person who was this close to becoming the heir apparent to Joe Biden.

You know how you get a new vibe in a West Wing office if you’re Susan Rice? You inhabit it.

You’re a former national security adviser and one of Barack Obama’s closest confidants, for Pete’s sake. Act like it.

The only thing you ever needed to burn to improve your energy is the printout of whatever email that suggested you go on “Meet the Press” and blame the attack on our consulate in Benghazi on a 14-minute YouTube video called “Innocence of Muslims.”

Leave the sage to “energy practitioners.”