The Record for Child Migrant Crossings in a Month Was Almost 11.5K, Now It’s Projected to Reach 22-26K 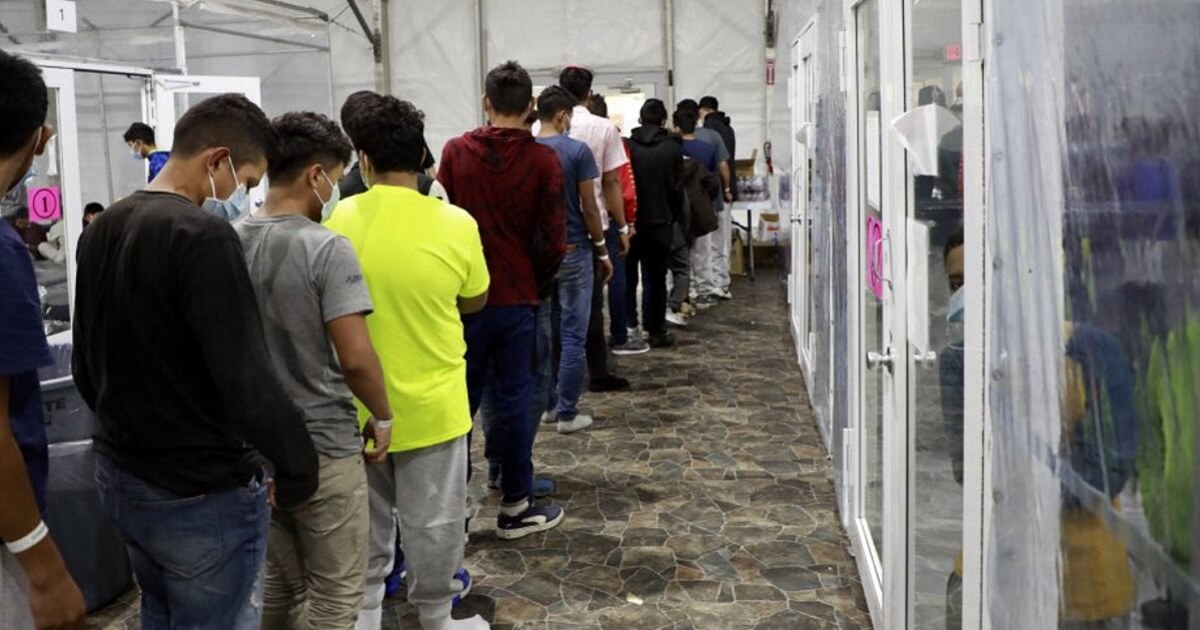 The crisis at the southern border is shattering concerning records and shows no signs of stopping in the near future.

New data from Customs and Border Protection projects in March alone, over 16,000 children will be apprehended by the end of the month, breaking the previous record of 11,475 in May 2019.

These new projections are roughly 10,000 children higher than what the administration predicted prior to the surge last month, according to Axios.

The administration said last month it expected 13,000 unaccompanied children would cross the border in May. New numbers show the expectation of 22,000 to 25,000 in light of the current situation.

By September, CBP projected as many as 26,000 apprehensions of unaccompanied minors.

However, the Biden administration continues to pretend this is not a major issue, instead suggesting the surge is seasonal.

President Biden pushed back against criticism over his handling of rising immigration at the Mexico border and said the migrant surge was part of a seasonal trend that had also happened under his predecessor https://t.co/xwuJkAy6fE pic.twitter.com/1Nhbka1ISq

“There is a significant increase in the number of people coming to the border in the winter months of January, February, March. It happens every year,” the president said during his news conference last week.

Some facilities at the border are overcrowded, raising serious questions about the livability of the conditions, especially during the coronavirus pandemic.

A facility holding minors in Donna, Texas, is currently operating at over 700 percent capacity, and the Federal Emergency Management Agency has stepped in to assist.

It is hard to get a clear picture of what is truly happening, as the media has faced great difficulty gaining access to the facilities.

The administration has said that due to the pandemic, it is only offering extremely limited access to the border facilities — and not the ones that are past capacity.

John Moore, a Getty Images special correspondent, called out the administration on Twitter for its lack of transparency.

“I respectfully ask US Customs and Border Protection to stop blocking media access to their border operations. I have photographed CBP under Bush, Obama and Trump but now – zero access is granted to media,” Moore tweeted earlier this month.

I respectfully ask US Customs and Border Protection to stop blocking media access to their border operations. I have photographed CBP under Bush, Obama and Trump but now – zero access is granted to media. These long lens images taken from the Mexican side. @CBP #gettyimagesnews pic.twitter.com/cWa90TlfeS

“There’s no modern precedent for a full physical ban on media access to CBP border operations. To those who might say, cut them some slack – they are dealing with a situation, I’d say that showing the US response to the current immigrant surge is exactly the media’s role,” he added.

Photographing Border Patrol agents and immigrant encounters can and has been done respectfully without interfering with operations. Regardless, @cbp public affairs exists to work with media.

Journalists play a crucial role in holding the government accountable, but the Biden administration feels that it deserves some leniency because the majority of the establishment media tends to favor the left.

The lack of definitive policy action from the White House is only going to prolong the issue, which is dangerous for both migrants and border communities.