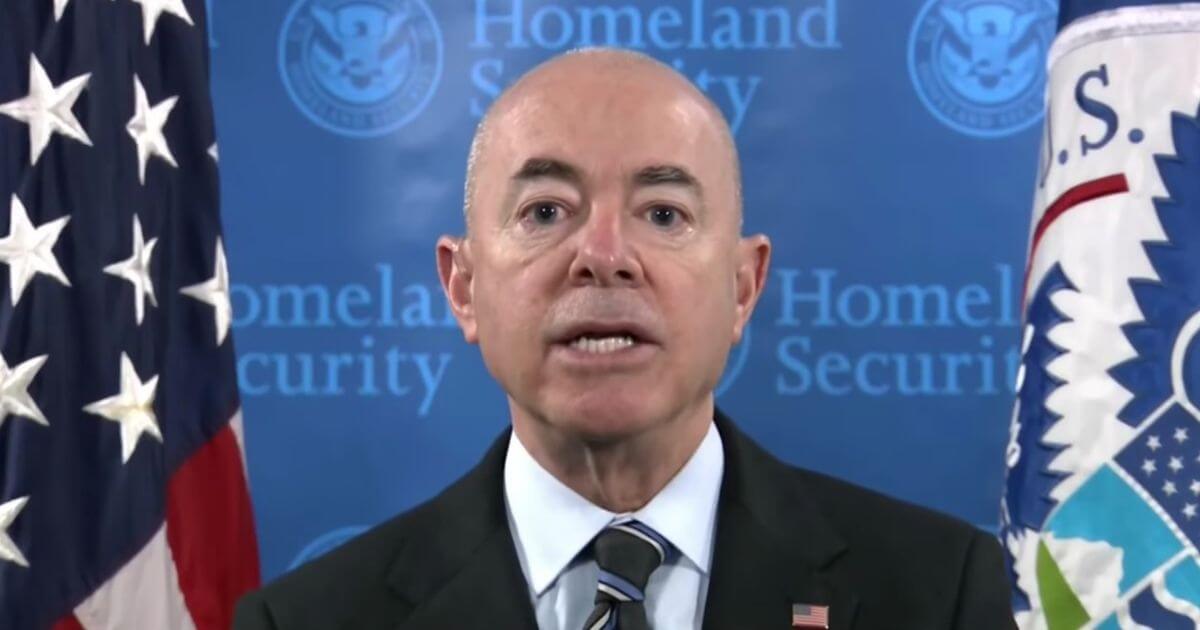 Department of Homeland Security Secretary Alejandro Mayorkas signaled on Thursday that despite the fact that tens of thousands of migrant children are currently being detained along the southern border, more are welcome to make the journey.

Mayorkas, in an interview with CBS News, was asked about the Biden administration’s new message to people in Mexico and Central America, which is to stay where they are — kind of, sort of.

“I can say quite clearly: Don’t come,” President Joe Biden said Tuesday during an interview with ABC News when asked about the humanitarian crisis he created. “We’re in the process of getting set up … don’t leave your town or city or community.”

“Do you have to say quite clearly, ‘Don’t come’?

Biden: “Yes, I can say quite clearly: Don’t come over…Don’t leave your town or city or community.” https://t.co/eNhw9ARhzg pic.twitter.com/isbaH4SD5y

If there was any confusion about whether these people will be met with open arms upon breaking American immigration laws amid a global pandemic that has many Americans unemployed and feeling like prisoners in their own homes, Mayorkas cleared that up Thursday. Asked about the situation by CBS News anchor Tony Dokoupil, the DHS head signaled the border is still open.

“Mr. Secretary, I cannot begin to imagine the difficult decision that these families are making, and if you say to them this morning, ‘Do not come,’ the next question is going to be, ‘How long do I wait, what am I waiting for?’” Dokoupil said.

“Is there going to come a moment where you say, ‘OK, now is the time’?” the host asked.

“In weeks, in several months, we will expand the legal processes that we already have started to rebuild,” the DHS head responded. “We already have reinstituted the Central American Minors program that was built in the Obama-Biden administration that was torn down by the prior administration. But we well understand that out of desperation, some children might not wait.”

“Some loving parents might send their child to traverse Mexico alone to reach the southern border, our southern border. I hope they don’t undertake that perilous journey, but if they do, we will not expel that young child,” Mayorkas added.

“We will care for that young child and unite that child with a responsible parent. That is who we are as a nation, and we can do it.”

The Homeland Security chief did not explain what is “loving” about a person sending their child alone across a violent region, or what is loving about making such a journey with child traffickers. Upon arrival, these kids will be housed in one of Biden’s cramped jail-like facilities for minors, which these people are of course aware of.

By vowing not to send these kids back home, Mayorkas signaled that there will never be an end to the crisis, and there won’t be — not without a deterrent for illegally crossing a sovereign border. This country no longer has even a deterrent. We have officials openly signaling to the world our borders are imaginary lines on a map.

Additionally, to get back to Mayorkas’ comments, how is an unaccompanied child supposed to be “united” with parents by the administration when the parents of some of these children are supposedly sending them here alone? This administration has no clear, lucid and universal message on the disaster it has created and continues to exacerbate.

Perhaps that’s the point. Through chain migration, once these kids get settled in, the parents, siblings, aunts, uncles and cousins will be right behind them. Their punishment for violating immigration law will be education and health care at the expense of taxpayers.

Mayorkas would have offered more clarity for all had he simply invited children in Central America and Mexico to make that “perilous journey” and only to wait to bring their parents along. By the time those “legal processes” he invoked are expanded, Democrats can presumably bring them over and register entire families as new voters.

In the meantime, Biden, Mayorkas and the rest of this impotent administration own the cramped child-holding facilities, human trafficking and the spread of crime in America’s border towns and cities.

Biden Admin Let Most Immigrant Families Who Showed Up at Border Into the US, Despite Public Health Order