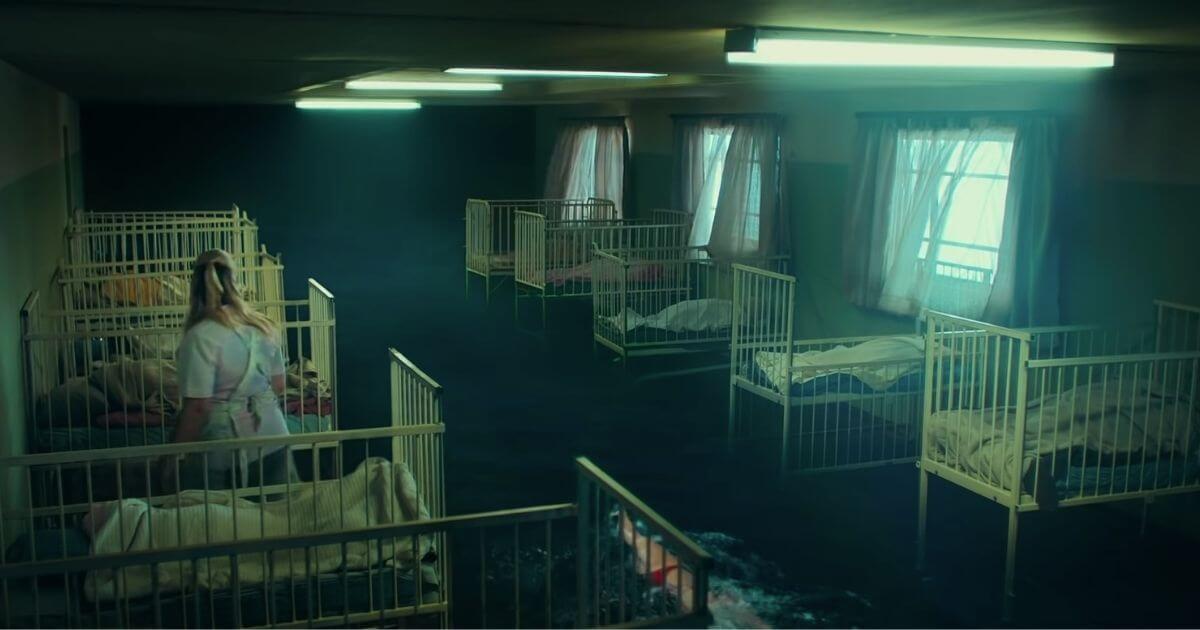 Every year, without fail, everyone on social media feels compelled to let you know just how much they think every aspect of the Super Bowl is terrible. At least this year, they were all right.

Unless you were a Buccaneers fan or desperately wanted to see Tom Brady win his seventh Super Bowl, Tampa Bay’s 31-9 thrashing of the Kansas City Chiefs managed to be both painful and boring. Not that it would have made a difference, but the game was poorly officiated, as well.

And then there were the commercials.

The general consensus was that oat-milk brand Oatly’s bizarre ad — which featured the company’s CEO out in the middle of an oat field playing a keyboard and singing how the product was “like milk, but made for humans / Wow, wow, no cow” — was the worst of the night, but don’t say it didn’t have competition.

There was Jeep’s mawkish two-minute ad featuring Bruce Springsteen talking about unity and using a small church in the geographical middle of America as a tortured metaphor. There was a “Wayne’s World” ad for Uber Eats featuring Cardi B which was every bit as awful as that sounds.

Dolly Parton repurposed her song “9 to 5” for Squarespace to tell us we should be working from “5 to 9” on a side hustle too, a tin-eared message about what it takes to make ends meet in 2021.

In short, dreadful. And yet, in the midst of all that dreck, Toyota aired such a powerful pro-life ad that, on first viewing, I almost thought they couldn’t possibly have understood the messaging.

The ad featured American swimmer Jessica Long, a double amputee who has won 23 medals in the Paralympics and is set to compete in her fifth games this summer in Tokyo.

As NBC Sports notes, she was adopted from a Russian orphanage when she was 13 months old and underwent the amputation of her legs below the knees at 18 months.

In Toyota’s ad, Long is shown swimming in a pool. We then hear a voice-over on a phone call.

“We found a baby girl for your adoption, but there are some things you need to know,” the voice-over says.

“She’s in Siberia, and she was born with a rare condition. Her legs will need to be amputated. I know this is difficult to hear, but her life, it won’t be easy.”

The ad transitions between the stages in Long’s life — the orphanage, her learning to walk, competitively swimming — and ends with her arriving at the finish line in a competitive swim meet. It then switches to her mother on the phone.

“It might not be easy,” the mother responds, “but it’ll be amazing. I can’t wait to meet her.”

The ad, which was meant to highlight Toyota’s sponsorship of the U.S. Paralympic Team, was tweeted out by pro-life activist Lila Rose.

13 months after birth, Jessica Long was adopted by an American family,

At 18 months, both of her legs were amputated below the knees

But despite the adversity, she grew up to become a strong, beautiful & accomplished woman—winning 60+ world championship medals in swimming

In a brief National Review piece, Alexandra DeSanctis noted it was a bold statement about the sanctity of all human life — intentional or not.

“Perhaps without knowing it, Toyota has made a deeply pro-life commercial, one that affirms the irreplaceable value of each one of us, born or unborn, sick or healthy, no matter our circumstances, our challenges, our suffering,” she wrote.

There were a few curious responses when DeSanctis tweeted a link to the article:

It was affirming, pro-adoption and pro-life, but it was also deeply pro-choice. A family’s choice to adopt a child. ❤️ Beautiful ad.

Side note: Note about it was anti-choice, even if you have imposed this ridiculous agenda on it.

It was deeply objectifying of disabled people.

Yes, suggest a pro-life ad is indeed pro-life and, apparently, you’re going to be shouted down by people who believe it objectifies disabled people, was actually pro-choice and was “just an ad.”

Toyota seemed to acknowledge that yes, there was a pro-life element to the ad, having responded to someone who commented on Lila Rose’s tweet:

Thanks for the love, Emily! We’re proud to share Jessica’s story and shine light on her amazing accomplishments.♥ -Paula

In a sea of terrible ads, this one managed to stand out. It was tender without being saccharine, meaningful without being preachy. It reaffirmed the value of all life and emphasized the beauty of adoption.

During one of the worst Super Bowls in what one prays will be the worst NFL season in history, it was a welcome surprise.