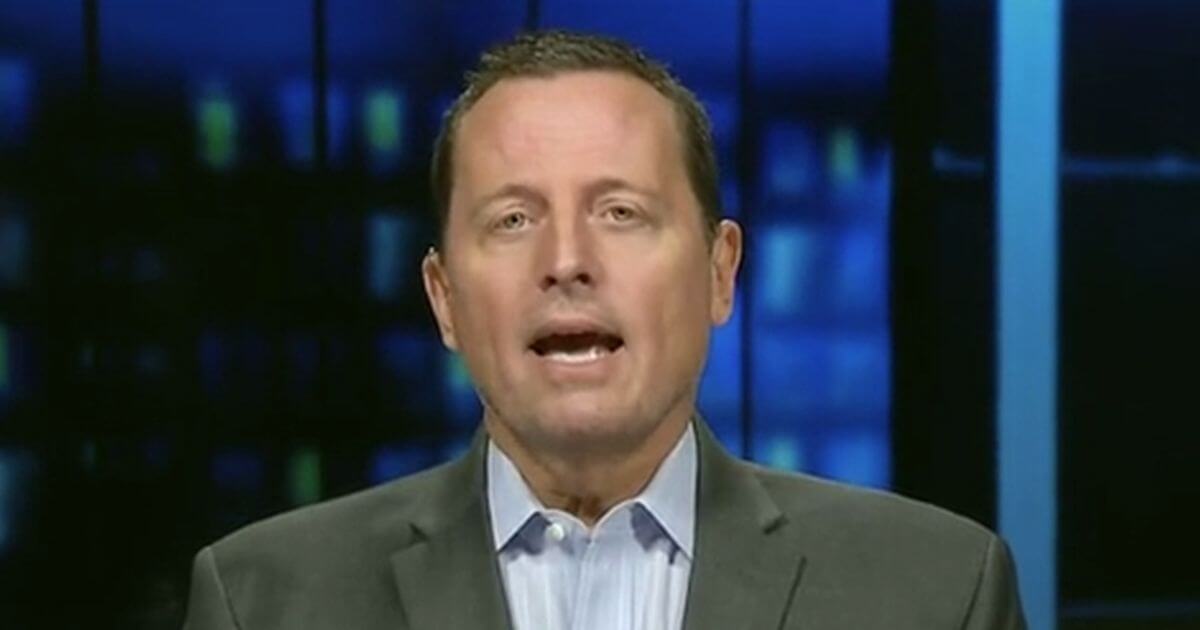 As the effort to recall Democratic California Gov. Gavin Newsom surges forward, a staunch supporter of former President Donald Trump reportedly is considering a run for office on the recall ballot.

On Friday, organizers of the effort to hold an election that could lead to Newsom’s recall said they have collected 1.5 million signatures, the level needed to force a vote, according to KABC-TV.

The effort will keep getting signatures through the March 17 deadline to ensure that organizers have enough to meet the 1.5 million threshold assuming some signatures are ruled invalid.

If an election is held, Newsom will be on the ballot against any candidates who want to challenge him.

According to Politico, one of those could be Richard Grenell, who served in the Trump administration as an ambassador to Germany and acting director of national intelligence.

Grenell said in an email that “it isn’t true” that he has begun to interview campaign staff members and strategists.

“It could still go either way,” Politico quoted a source close to  Grenell as saying.

Some think Newsom could fare better against Grenell than against others who might run.

“It’d just be a disaster,” said Rob Stutzman, a Republican political strategist who has been critical of the former president. “That’s a huge gift to Newsom to be able to frame the recall as Trumpists versus him.”

Former San Diego Councilman Carl DeMaio, who hosts a radio show, told Politico that “the lines light up” when Grenell is mentioned.

DeMaio said Grenell would “get the base to show up” and could bring independents into the fold.

“You have a potential candidate here who, if he ran, would have more name ID than the other names being considered,” DeMaio said.

By tapping into Trump supporters in California, Grenell “would actually be able to compete with the Democrat money machine in California,” DeMaio said.

Former San Diego Mayor Kevin Faulconer, a Republican, has said he would enter a recall race. Republican John Cox, who lost to Newsom in 2018, also has said he expects to run.

“I like Rick, and his international service to the nation speaks for itself,” Cox said in a statement. “Regardless of who may run, my effort is focused on the solutions desperately wanted by Californians forgotten by the political establishment class like Gavin Newsom and Kevin Faulconer.”

In a recent Op-Ed on Fox News, Grenell lashed out at Newsom.

“California Gov. Gavin Newsom’s management through the COVID-19 crisis is nothing short of unabashed political opportunism, wrapped in pompous hypocrisy,” he wrote.

“His most recent decision to arbitrarily lift his own statewide lockdown order should be a siren song to every Californian: Newsom will make decisions that benefit him politically with no regard for science or the people of California’s physical, mental or economic health,” Grenell wrote. “He cannot be recalled fast enough.”