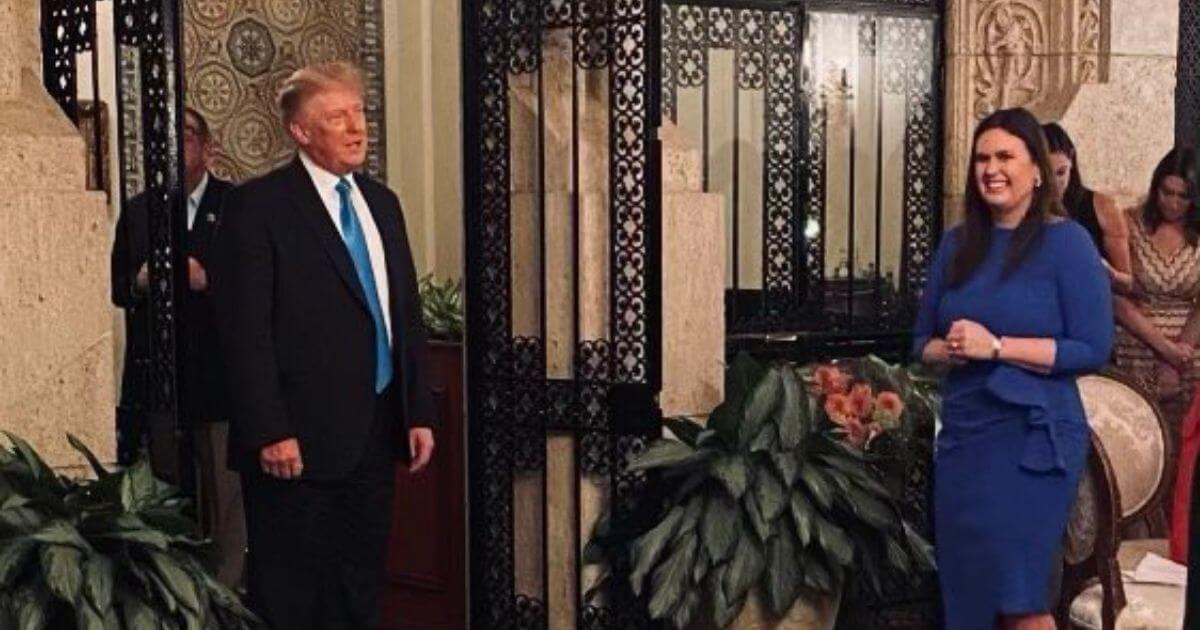 Former President Donald Trump made a surprise appearance over the weekend at an event to support the candidacy of former White House press secretary Sarah Huckabee Sanders, who is running for governor of Arkansas.

“Great weekend on the campaign trail featuring a surprise appearance at one of my events by President Trump!” Sanders tweeted.

No details were released about where the event was held.

Great weekend on the campaign trail featuring a surprise appearance at one of my events by President Trump! pic.twitter.com/mn81i9AbsU

In January, she announced her candidacy, saying that states such as Arkansas need leaders who will protect citizens from the far left.

“Everything we love about America is at stake and with the radical left now in control of Washington, your governor is your last line of defense. In fact, your governor must be on the front line, so today I announce my candidacy for governor of Arkansas and ask for your prayers and your support,” she said at the time.

Sanders outlined core principles that mark her political line in the sand.

“As governor, I will defend your right to be free of socialism and tyranny, your Second Amendment right to keep your family safe and your freedom of speech and religious liberty,” Sanders said. “Our state needs a leader with the courage to do what’s right, not what’s politically correct or convenient.”

Trump immediately endorsed her, according to a statement on his Save America website.

“Sarah Huckabee Sanders is a warrior who will always fight for the people of Arkansas and do what is right, not what is politically correct. Sarah is strong on Borders, tough on Crime, and fully supports the Second Amendment and our great law enforcement officers,” Trump said.

“She loves our Military and Veterans — and her home state of Arkansas. Sarah will be a GREAT Governor, and she has my Complete and Total Endorsement!” he added.

Trump had made another campaign-related foray Friday when he delivered impromptu remarks at an event being held at his Mar-a-Lago estate to raise money for rescuing dogs from China.

“I didn’t exactly prepare for this, but I was walking by, and I heard everybody screaming,” Trump said, before talking up his daughter-in-law, Lara Trump, as a possible Republican U.S. Senate candidate in 2022 in North Carolina.

“I want to thank Lara who has been so incredible — and I don’t know, are you running for the Senate? I hear she’s going to run for the Senate!”​ he said, according to the New York Post.