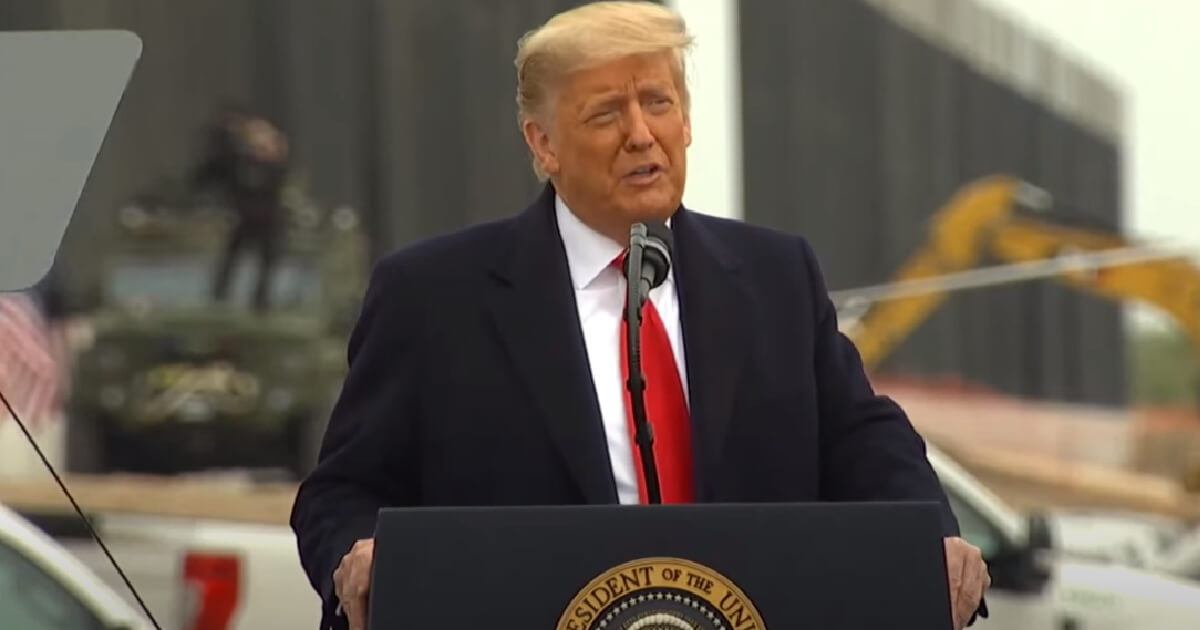 The House Democratic impeachment managers filed a brief with the U.S. Senate on Tuesday charging that former President Donald Trump is “personally responsible” for the Jan. 6 attack on the Capitol and therefore must be convicted and barred from ever holding office again.

However, Trump’s legal team has already rightly countered that he was lawfully exercising his First Amendment rights and called for a peaceful protest that day.

The 80-page Democratic document addresses two main issues, first claiming that Trump’s rhetoric on Jan. 6, as well as his unwillingness to accept November’s general election results, are the direct cause of the Capitol riot.

The impeachment managers also spend a significant portion of their brief arguing that even though Trump is no longer in office, the Senate still has the jurisdiction to try and convict him.

The House Democrats contend when the Trump campaign’s legal challenges failed to gain traction in the courts, he should have changed course and focused on the peaceful transition of power.

“The only honorable path at that point was for President Trump to accept the results and concede his electoral defeat,” the document brief reads.

“Instead he summoned a mob to Washington, exhorted them to a frenzy, and aimed them like a loaded cannon down Pennsylvania Avenue,” it continues.

The impeachment managers conclude Trump “is personally responsible for an attack that unleashed death and mayhem at the Capitol amid the transfer of power.”

“This is precisely the sort of constitutional offense that warrants disqualification from federal office,” they write.

Let’s take a look at what Trump actually said.

The Democrats place a lot of weight on the former president’s exhortation in his Jan. 6 speech and otherwise to “fight” or “fight like hell.” The term “fight” is referenced dozens of times in their brief.

It hardly seems fair to say Trump meant to literally fight since he specifically told his supporters not to.

“I know that everyone here will soon be marching over to the Capitol building to peacefully and patriotically make your voices heard,” Trump said.

The Democrats’ filing also claims that Trump incited an “insurrection,” with the word invoked over 60 times in the document.

Of the hundreds of thousands of people who attended the rally and heard the 45th president speak, a relative few entered the Capitol and a subset of them engaged in violence.

Trump voiced his disapproval on Twitter, instructing everyone “to remain peaceful,” to engage in “no violence” and to “respect the Law and our great men and women in Blue.”

Trump later released a video statement telling all his supporters to “go home.”

That sounds like the opposite of promoting an insurrection.

If merely calling into question the election results is an insurrection, 2016 Democratic presidential nominee Hillary Clinton has done so on multiple occasions over the last four years, as has the current House Speaker Nancy Pelosi, who alleged the 2016 election was “hijacked.”

“Our election was hijacked. There is no question,” she tweeted in May 2017. “Congress has a duty to #ProtectOurDemocracy & #FollowTheFacts.”

Our election was hijacked. There is no question. Congress has a duty to #ProtectOurDemocracy & #FollowTheFacts.

Pelosi’s claim is every bit as emphatic as anything Trump ever said about November’s election, though she really had nothing to point to in order to back up her claim.

In support of his allegations, meanwhile, Trump had the last-minute changes in election procedures, often without the approval of state legislatures, in places like Michigan, Pennsylvania, Nevada and Georgia — changes that vastly increased the number of mail-in ballots and with that, the chances for fraud.

Also, there were the exceptionally low absentee ballot rejection rates and documented problems with the ballot counts conducted on Dominion Voting machines in Michigan and Georgia.

Two members of the board of canvassers in pivotal Wayne County, Michigan, at one point refused to certify the election results because of the many irregularities.

Then there were the statistical abnormalities.

For instance, no incumbent president has ever lost while his party gained seats in the House of Representatives, save 1992 when independent Ross Perot mounted a popular third-party bid for the White House.

Further, the Rust Belt swing states almost always swing together, given their similar demographics, but while Trump handily won Ohio (which has Republican leadership), neighboring Michigan and Pennsylvania went for Biden.

Just the nature of Trump being ahead in Pennsylvania, Georgia, Wisconsin, and Michigan on election night only to see his leads evaporate in the early morning hours of the next day raised questions in many people’s minds.

Multiple polls published in November found that 70 percent or more of Republicans doubted the fairness of the election results.

Is that solely Trump’s fault or could the voters see the issues for themselves?

Regarding the impeachment trial itself, GOP Sen. Rand Paul of Kentucky made a convincing argument last week that trying a former president is unconstitutional.

Forty-four GOP senators joined him in voting for his point of order concerning the issue.

“That is more than will be needed to acquit and to eventually end this partisan impeachment process,” Paul noted in a tweet after the vote.

The Senate just voted on my constitutional point of order.

45 Senators agreed that this sham of a “trial” is unconstitutional.

That is more than will be needed to acquit and to eventually end this partisan impeachment process.

This “trial” is dead on arrival in the Senate.

“This ‘trial’ is dead on arrival in the Senate,” he added.

In their impeachment brief, Democrats try to make the case that the Constitution’s silence on the matter means such a post-presidency trial is permissible.

But in an Op-Ed for The Wall Street Journal published last week, Harvard Law School professor emeritus Alan Dershowitz shot this notion down.

“When the Constitution was written, several states allowed impeachment of former officials. The Framers could easily have included that provision, but they didn’t,” he argued.

“They also explicitly chose to prohibit the British practice of trial by legislature — excepting only impeachment — and ‘bill of attainder,’ any punitive legislative act against a specific person,” Dershowitz continued.

“The courts have held that the punishments prohibited by the Bill of Attainder Clause include disqualification from holding office.”

The Democrats are putting on a show trial because they think it will help them politically now and potentially make Trump unelectable in the future.

Political trials of former leaders is the parlance of banana republics and should be beneath the high calling of Congress, but alas, with the Democrats in charge, it is not.