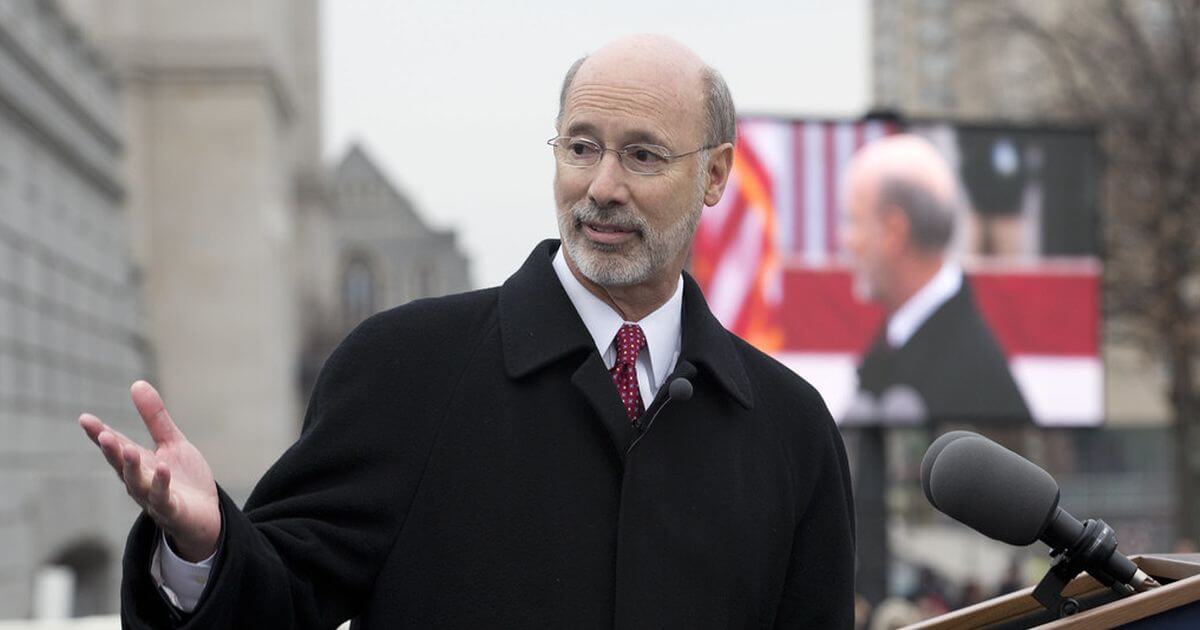 Democratic New York Gov. Andrew Cuomo is under fire for his scandal of putting coronavirus patients into nursing homes, but he is not the only state leader to have done so.

Govs. Gretchen Whitmer of Michigan, Gavin Newsom of California, Tom Wolf of Pennsylvania and Phil Murphy of New Jersey all had similar policies that allowed people with positive COVID tests to be admitted or readmitted into a nursing home, according to the Washington Examiner.

What do these governors all have in common?

To almost nobody’s surprise, they are all Democrats.

The original reasoning behind these directives had to do with hospital capacity, but that logic ultimately backfired as nursing home deaths began to surge, quickly becoming a large percentage of deaths nationwide.

#ICYMI: #NYSenateGOP today attempted to advance a motion to issue a subpoena in the ongoing nursing home scandal.@JamesSkoufis called the effort to provide oversight of @NYGovCuomo administration “political theater.”

The elderly are easily the population must vulnerable to the coronavirus, which makes these directives seem even more reckless.

Cuomo’s administration was caught using inaccurate data for nursing home deaths following an investigation by New York Attorney General Letitia James, and other governors are facing their own scrutiny.

Michigan Republicans have called for the state and U.S. attorneys general to look at how nursing home data was reported under Whitmer.

“Gov. Whitmer’s administration has been questioned repeatedly about unintended consequences of her policies and discrepancies in the reported numbers of cases and deaths in our state’s long-term care facilities,” eight state senators wrote in a letter.

“It has now come to our attention that these reporting errors have likely not been resolved.”

Murphy will face re-election in 2021, and Newsom is dealing with a tough recall battle largely in part to his mishandling of the coronavirus pandemic.

In sharp contrast, Florida Gov. Ron DeSantis, who has received praise from conservatives for his reactively relaxed coronavirus restrictions, slammed his fellow governors who had issued controversial nursing home orders.

“At the time, there was actually a lot of movement to send the nursing home residents back because people said, ‘Oh, you’re going to run out of hospital beds, you’ve got to clear the hospitals,’ and I looked at a lot of those models … and I didn’t think that they were worth the paper they were printed on. They were based on flawed assumptions,” DeSantis said on Fox News’ “Life, Liberty, and Levin” over the weekend.

“They were not being validated in real time by what we were observing on the ground in Florida. So I said, ‘You know what? If I have to build field hospitals all across the state, I will do that before I send these patients back into nursing homes and endanger all these elderly people.’”

The truth is finally starting to be revealed from the blunders of governors last year who decided swift government control would be better than careful decision-making.

Governors who do not wish to have their reputations destroyed like Cuomo’s should welcome probes and investigations with open arms in order to get a clearer picture of what happened to America’s elderly population.

Biden's Been in Office Over a Month, Press Sec Says Still No Plans for a Biden Solo Press Conference

‘What Is Whitmer Trying To Hide?,’ Her Former Health Director Got Payout In Confidential Deal After Resignation