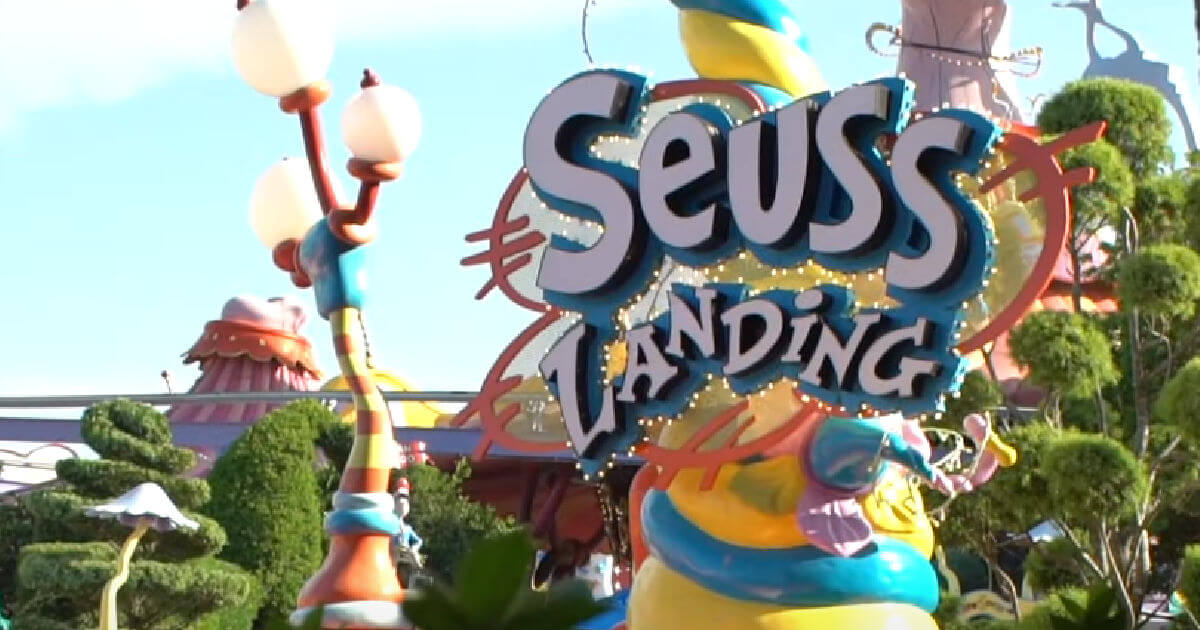 Imagine living such a horrible existence that a plastic potato toy or a legendary, popular childrens’ book series offends you because you think it’s ‘racist.’

Welcome to America, 2021. Just when we thought that the liberal snowflakes couldn’t possibly stoop any lower after canceling butter, syrup, rice and a number of other ‘racist’ brands last year, they did. Now they’re going after Dr. Seuss and, unfortunately, they’re winning.

According to The Hill, not only is Dr. Seuss’ presence threatened in America’s schools but now major corporations are taking note — once again looking to seize on any opportunity that gains them increased popularity with the “woke” leftists of this country.

One of the most popular attractions at Universal Orlando is their Dr. Seuss-themed “Seuss Landing,” which can be located in the in-park experience at Universal’s Islands of Adventure. Presumably, hundreds of thousands, if not millions of children and parents have enjoyed the attraction since it has been available and I’m willing to bet hard-earned money that not a single one of those parents or children ever thought, “Gosh, this attraction is SO RACIST!”

But, as large corporations typically do, Universal Orlando made it clear this week that they’re “evaluating” whether or not to keep the popular attraction around or not. The first step in taking these ridiculous, knee-jerk reactions is to leak the story to the press, which has already happened, and then gauge public reaction.

I have to assume (hope) that at least a few honest, reasonable, intelligent people sit on Universal Orlando’s board and will quickly pull the plug on the thought of canceling Dr. Seuss just because it would be the trendy move right now.

But who knows — the park has already removed a number of Dr. Seuss books from their shelves, according to a recent statement.

“Seuss Landing continues to be very popular with our guests and we value our relationship with Seuss Enterprises,” a spokesperson said. “We’ve removed the books from our shelves as they have asked and we’ll be evaluating our in-park experience too. But our guests can plan on continuing to be able to enjoy their favorite experiences at Seuss Landing.”

It’s not just Universal Orlando jumping on the woke train, either. Disneyland and Disney World are both evaluating on whether or not to keep their extremely popular “Jungle Cruise” and “Splash Mountain” attractions around, as apparently someone decided that those, too, are racist.

I mean let’s be honest, nothing screams “racism” like an amusement park water ride, right?

America is headed downhill, fast, under President Joe Biden’s administration. So much has happened in less than two months of Biden in the White House — I truly can’t imagine what’s to come in the coming months and years.

Biden Bans Reporters from Viewing His 'Kids in Cages'