US Olympic Committee Gives Green Light to Kneeling for Anthem, Other Political Statements 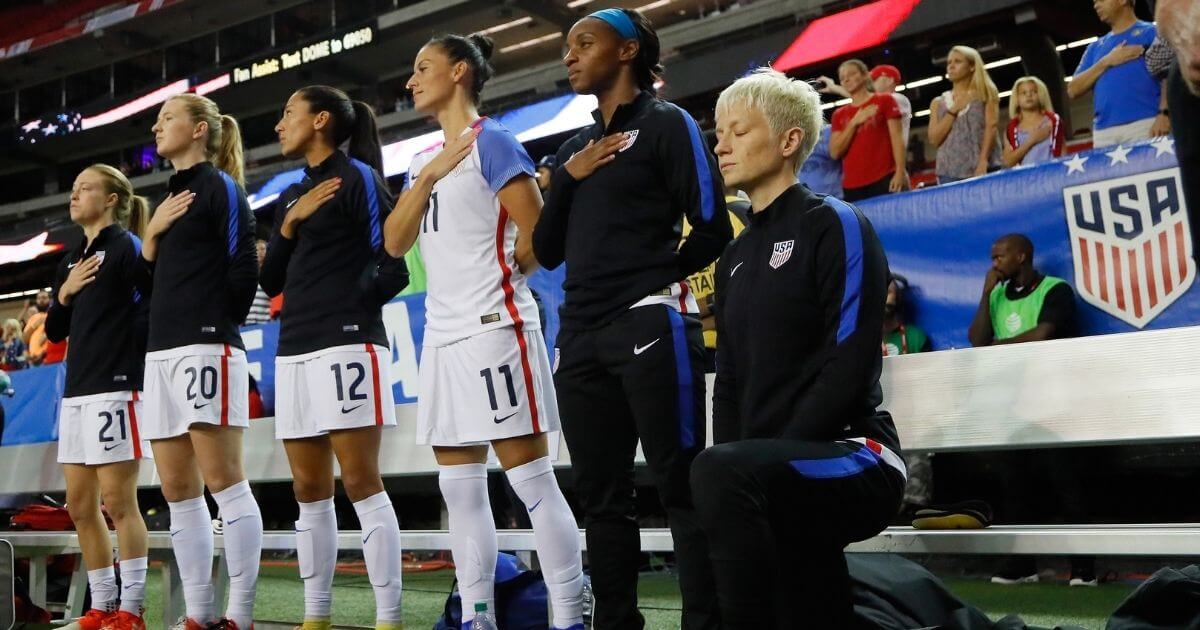 Athletes competing in the U.S. Olympic trials will be allowed to kneel during the national anthem, as well as participate in other “Racial and Social Justice Demonstrations,” according to new guidance from the U.S. Olympic and Paralympic Committee.

The document released Tuesday said that some such demonstrations will be allowed without fear of sanction.

“This Trials guidance defines latitude for athletes to express their personal perspectives on racial and social justice in a respectful way, and without fear of sanction from the USOPC,” a letter from U.S. Olympic & Paralympic Committee CEO Sarah Hirshland read.

These demonstrations include kneeling or raising fists on the podium or at the start line during the national anthem, according to the released document.

Athletes are allowed to wear clothing and accessories with “Black Lives Matter” or “Trans Lives Matter” slogans, or words such as “equality” or “respect” on them.

“Athletes are also encouraged to use their voice in other forums, like the press, social media, and areas outside of the Trials Venues in support of causes they believe in,” the document read.

Hate symbols, such as those defined by the Anti-Defamation League, and actions that would keep others from competing are not allowed.

“I have confidence you’ll make the best decision for you, your sport and your fellow competitors,” Hirshland wrote.

The new guidance comes as athletes around the world push to use their presence at the Olympics to advocate for certain causes, The Associated Press reported.

The International Olympic Committee’s Rule 50 bans protests at the Olympics.

U.S. sprinters Tommie Smith and John Carlos were suspended from the 1968 Olympic games after they raised their fists on the podium in Mexico City.

52 years ago today, U.S. Sprinters Tommie Smith and John Carlos raised their fists at the Olympics to protest racial inequality. The image of Smith and Carlos with fists raised is one of the most recognizable sports photos in history. pic.twitter.com/6XuCZ7xXUB

The IOC is in the middle of its own review of the rule, led by an athletes’ commission.

The review is expected to be completed next month, but it is unlikely it will follow the USOPC’s guidelines.

“Under many circumstances in the past, a nation’s Olympic committee has been expected to deliver sanctions to athletes on its team that run afoul of rules at the Olympics,” The AP reported.

The USOPC could make changes to its guidance following the IOC’s review.

I’m Not Joking – Sheet Music Is 1 of the 3 Newest Forms of ‘Racism,’ According to Liberals