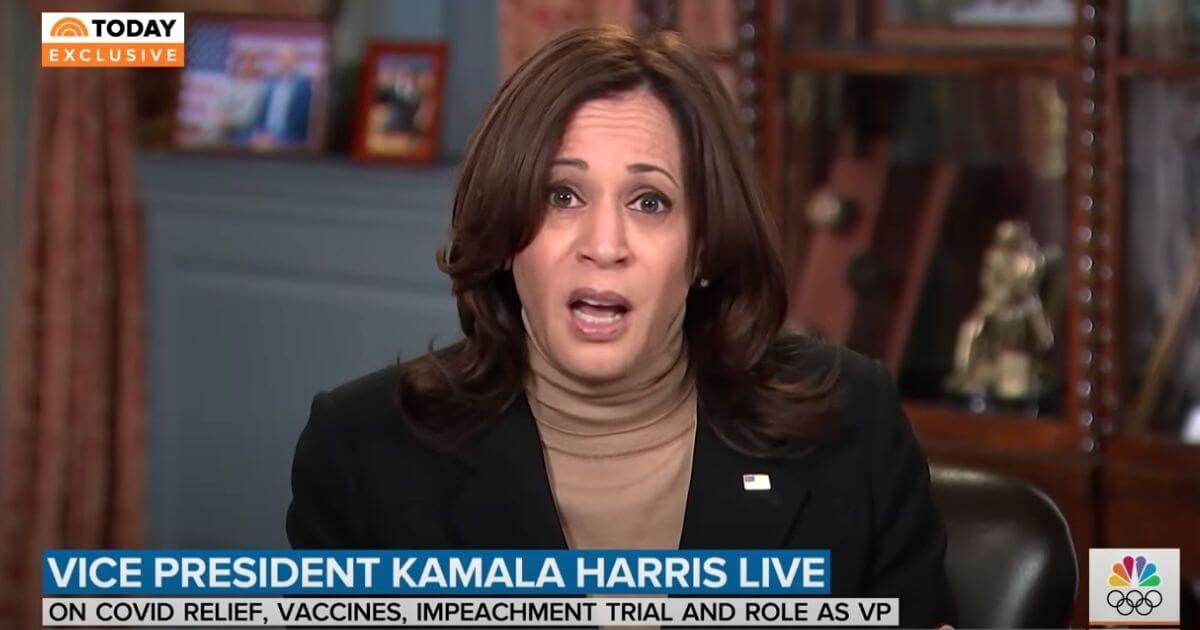 Teachers unions are finally flexing their hold on the Biden administration.

Guthrie, pointing to what she called a “shifting timeline” from the Biden administration on school reopenings, asked, “Look, again, parents watching — what is the bottom line? What does it mean for schools to be reopened, and how soon can they be reopened?”

“So, our goal is that as many K through 8 schools as possible will reopen, as, within the first 100 days, our goal, is that it will be five days a week, and so we have to work to achieve that goal,” Harris responded.

“‘We are — we — the, the issue here is not just about statistics, it’s about our kids. It’s about their parents.”

She went on to say that “each day in the life of a child is a very long time, and that’s why we’ve got to collectively do everything in our power to reopen our schools as quickly as possible and as safely as possible.”

While Harris handed out another vaguely agreeable statement on the issue, most are still left wondering: When are our kids going back to school?

As Guthrie pointed out, the Biden administration’s messaging on the issue of school reopenings is scattered beyond belief.

On Dec. 8, then-President-elect Biden tweeted that he was announcing “key COVID-19 priorities,” which included the reopening of the majority of schools.

Today, I’m announcing key COVID-19 priorities for the first 100 days of my administration:

With these steps, we can change the course of the disease and change life in America for the better.

Despite this seemingly clear statement, White House press secretary Jen Psaki said during a briefing on Feb. 9 that the administration considers schools “open” as long as they hold in-person instruction at least one day a week.

Biden then contradicted Psaki during a CNN town hall on Tuesday.

“That was a mistake in the communication,” he said, explaining that he expected the majority of schools in kindergarten through eighth grade to be open five days a week at the end of the first 100 days of his presidency.

President Biden contradicts his own administration while clarifying his goal to reopen schools. District Media Group President @BeverlyHallberg reacts to the mixed messaging.https://t.co/XCrYaEdJCg

When we have gotten clearer communication from the White House on Biden’s plan to reopen, however, it’s refused to converge with other government agencies, such as the Centers for Disease Control and Prevention.

“I’m a strong advocate of teachers receiving their vaccinations, but we don’t believe it’s a prerequisite for reopening schools,” she said on CNN’s “State of the Union.”

However, in Harris’ “Today” interview, she would not give an answer about that issue, instead saying, “Teachers should be a priority.”

“Teachers should be a priority.” –@VP when asked if it’s safe for teachers to go back to school even if they’re not vaccinated pic.twitter.com/mdX7xaLxkr

This is a perfect characterization of the balance the Biden administration has to hold in order to retain support.

The administration obviously cannot turn its back on teachers unions, a support bloc Biden has held for quite some time, without major blowback.

However, the president also cannot directly contradict the CDC and its guidelines given that Walensky has declared science will be “heard again” in his administration.

It will be interesting to see if Biden will be able to maintain that balance during his term, or if it will ruin any chance the administration had of getting policy through when push comes to shove.