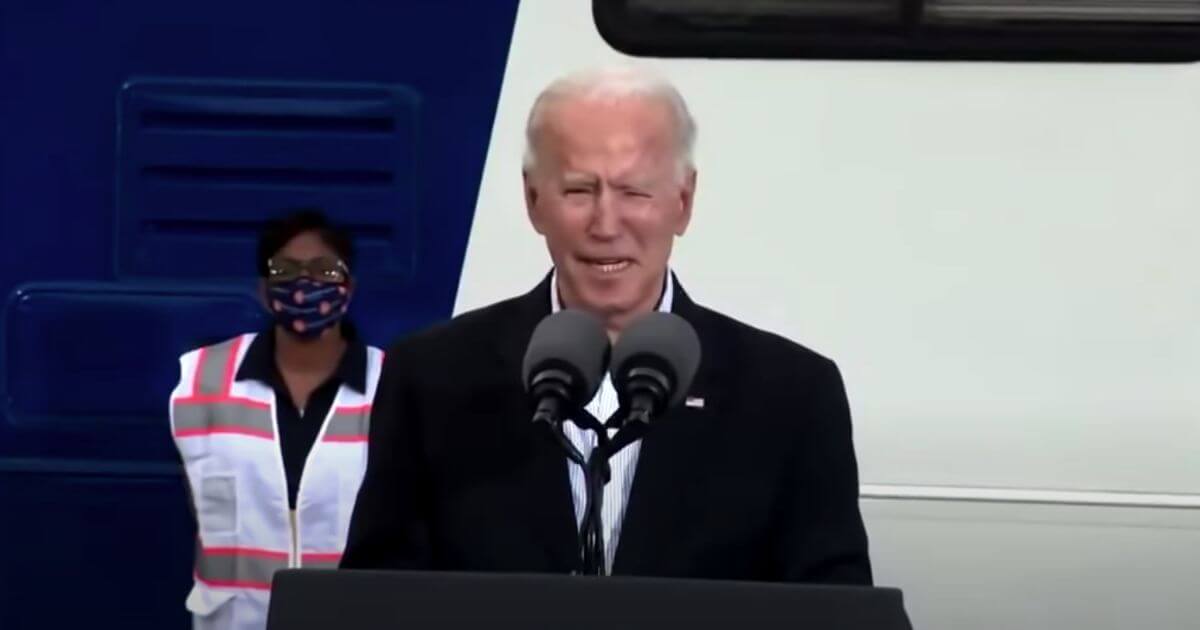 Biden was in Houston Friday speaking at a Federal Emergency Management Agency vaccination facility, according to the White House.

A transcript of Biden’s remarks shows that he had trouble navigating his way through the list of officials he was supposed to mention.

“Good afternoon — or almost.  Actually, it’s evening.  And I want to thank you, Governor and Mrs. Abbott, for your hospitality and your friendship.  And Representative — Senator Cornyn, I think he had to go back; I think he’s getting on a plane.  He told me last — he came in to see me last event,” Biden said, initially confusing the title of Republican Sen. John Cornyn of Tcxas.

‘And Representatives Sheila Jackson Lee, Al Green, Sylvia Garcia, Lizzie Pannilli [sic] — excuse me, Pannill [Fletcher] — and — what am I doing here?  I’m going to lose track here.  And Mayor Turner, Judge Hidalgo.  Thank you all for welcoming us,” Biden said according to the White House transcript of his comments.

A video clip of the moment shows that despite what the transcript contained, Biden flubbed Jackson Lee’s name, calling her “Shirley.”

Also, as noted on her website, Democratic Rep. Lizzie Pannill Fletcher of Texas goes by the last name of “Fletcher.”

He is the president in name only. So who is making the actual decisions? pic.twitter.com/jkcjkWZL7b

Joe Biden: “What am I doing here?”

Becoming the laughingstock of the world.

“What am I doing here” is a good question pic.twitter.com/nW8l5dSpIS

Joe Biden Speaks in Houston, What Follows Should Make You Question Everything – RedState https://t.co/8woRFY2taQ

On RedState, a commentator going by the name of “Bonchie” whose comments were noted by Donald Trump Jr. said this goes beyond a simple stutter.

“This is a man whose mental capacity appears to be rapidly declining before our eyes. You can watch videos of Biden from just five years ago and he’s a totally different person,” the commentator wrote.