What’s in Biden’s $2.3 Trillion Infrastructure Plan and The Impending Impact on Americans 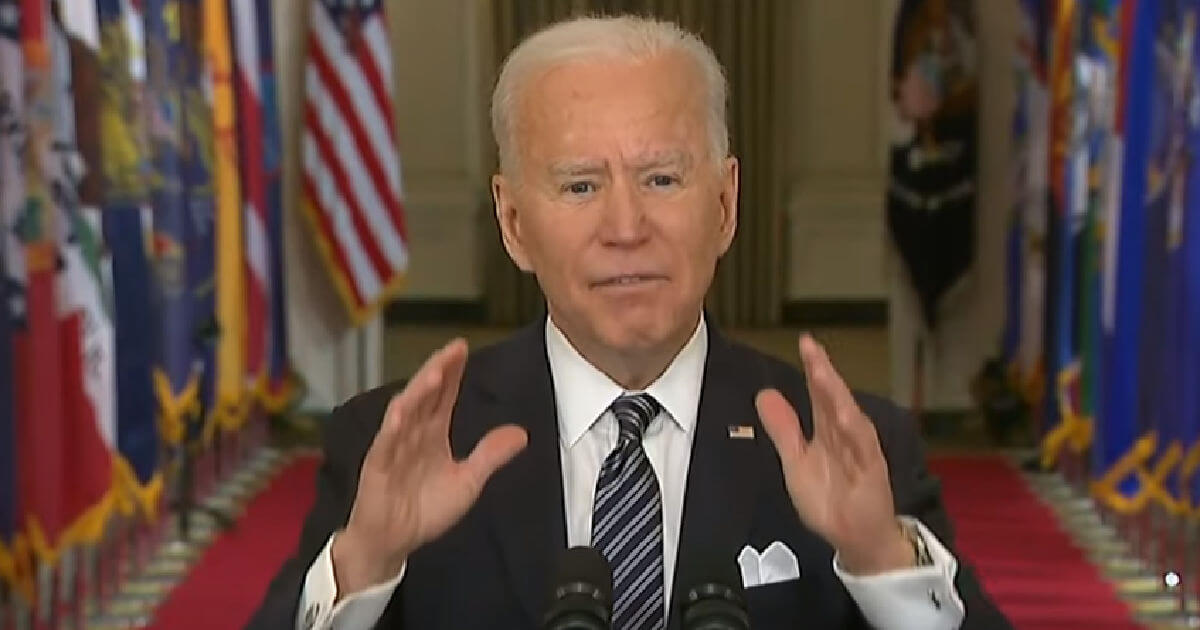 All that can be said about the infrastructure plan Joe Biden will roll out in Pittsburgh on Wednesday is it at least it is not $4 trillion as many projected. Here is an overview of the “infrastructure” spending the $2.3 trillion bill intends to do.

On the surface it is not unreasonable and includes modernizing 20,000 miles of highways and roads, the top 10 “economically significant bridges” and 10,000 other bridges.

Then the “agenda” creeps in with $20 billion for road safety programs to reduce fatalities for cyclists and pedestrians, and $20 billion to reconnect neighborhoods divided by highway projects.

It would double federal funding for public transit with a $85 billion investment and invest $80 billion into a failing Amtrak.

There’s another $25 billion for “ambitious” transportation projects “too large for current funding programs.” This would be for their prize items like California’s high speed train that is already way over budget without breaking ground and nobody will use it once it is done.

And let’s not forget the biggest pet project, forcing alternative energy and vehicles on to the public. The bill throws more money at electronic vehicle makers, a $174 billion “investment” to “win the EV market” by spurring domestic supply chains and giving consumers rebates to buy them. Of course there is really no mention of where all the added electricity will come from to power these vehicles when every summer blackouts threaten metropolis areas for an insufficient supply of electricity for the demand.

These funds are targeted to broadband, clean water, the electric grid, and “high-quality housing.”

Among other things, it would replace 100% of the water-bearing lead pipes and service lines across the country, which the White House says serve as many as 10 million families.

It also proposes broadband access for some 35% of rural Americans who don’t have the service, building or retrofitting two million housing units, and veterans hospitals.

There’s $100 billion to “upgrade and build new public schools, through $50 billion in direct grants and an additional $50 billion leveraged through bonds.”

The proposal includes capping and sealing oil and gas wells and abandoned mines, the which the White House says will create “hundreds of thousands” of jobs in area where oil and mining employment has dried up.

The spin is rich with White House claims that one in six essential care workers live in poverty. The plan will fund home or community-based care for hundreds of thousands of senior citizens and people with disabilities, creating “well-paying caregiving jobs with benefits.”

The figure includes a $50 billion investment in domestic semiconductor manufacturing, $180 billion in research and development with a focus on clean energy, and unspecified amounts as incentives for companies to create new jobs in coal communities and grow the U.S. supply chain.

The spin is even worse here. The plan would make multiple changes to U.S. tax rules, to put the cost of the plan entirely on companies.

These include raising the U.S. corporate tax rate to 28% from the 21% levy set by the Trump administration’s 2017 tax bill, eliminating all fossil fuel industry subsidies and loopholes, and establishing a minimum tax on income companies use to report profits to investors.

The White House claims the reforms will add 0.5% to U.S. GDP per year in corporate revenue, which the White House says will fully pay for investments within the next 15 years, and reduce the government deficit after that.

This is a joke. Every spending bill comes with a promise of reducing the debt, when in fact all they ever do is increase the debt.

What is lost in all the “make the corporations pay” mentality is that the corporations will not pay. The truth is every American, rich and poor, will suffer with increase prices on all goods and services. They may not be “taxing” the average American but you better believe they will be footing the bill and leaving our country with spiraling debt for which there will be no recovery.