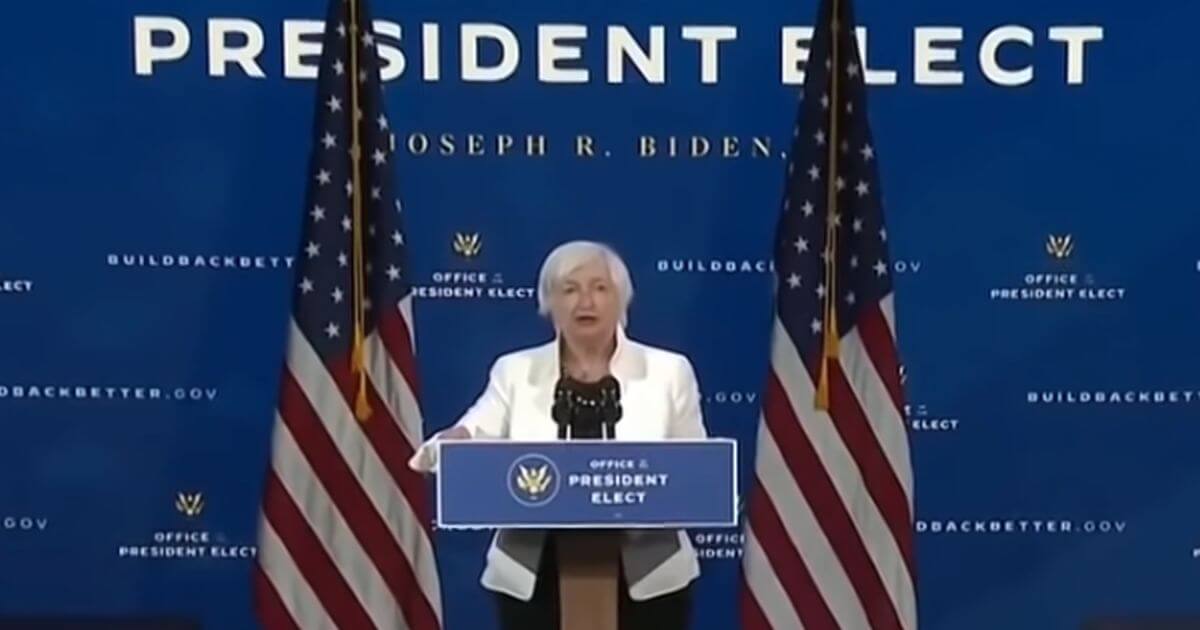 Here’s how President Joe Biden is starting out his presidency:

Wow. What an amazingly different beginning to a presidency compared to former President Donald Trump, who created jobs, lowered taxes, deregulated industries and secured the U.S border. To say Mr. Trump is sorely missed is a massive understatement.

That’s especially true after the news today that Treasury Secretary Janet Yellen announced that Americans will face higher taxes in order to pay for an enormously expensive infrastructure bill that Biden hopes to pass.

U.S. Treasury Secretary Janet Yellen on Thursday said that tax hikes would be needed to pay for at least part of a big infrastructure, climate and education investment package that President Joe Biden plans to introduce later this year.

Yellen, in an interview with CNBC, said details were still being worked out on the infrastructure and clean energy package, which would come on top of a $1.9 trillion coronavirus relief plan that is now working its way through Congress.

She said it would include clean energy investments to fight climate change and investments in education and training to build the skill levels of American workers and boost U.S. competitiveness.

“Certainly part of the package, the parts that are permanent, will be paid for in order to not raise long-term deficits, but we’re still working on the details of the package.”

The infrastructure, climate and education plan will probably be proposed later this year and would involve spending over a number of years, “and probably tax increases to pay for at least part of it would probably phase in slowly over time.”

Biden’s $1.9 trillion COVID-19 stimulus package aims to ensure that growth is strong enough to get back to full employment faster than recent baseline estimates from the Congressional Budget Office, which projected earlier this month that based on current laws, it would take until 2024 to reach pre-pandemic employment levels.

With the Biden stimulus plan and good progress on vaccines to defeat the pandemic, “I think we could be back to full employment next year,” she said.

Yellen downplayed the potential risk of inflation from trillions of dollars in new stimulus and infrastructure spending, saying that inflation has been low for a decade and the Federal Reserve has tools to deal with it.

“The greater risk is of scarring and people having this pandemic take a permanent lifelong toll on their lives and livelihoods,” if no further aid is provided, she said.

Things are about to get ugly in the United States, at least for the foreseeable future. Our only hope at this point is that Republicans win back at least one chamber of Congress next year, because if they don’t, we haven’t even come close to the worst of what could be.

'The Bullying Is Nothing New'